Inventor Says He Did Show That It Worked Perfectly

A report in The Times of this Morning says that I have attained no practical results with my dirigible wireless torpedo. This statement should be qualified. I have constructed such machines, and shown them in operation on frequent occasions. They have worked perfectly, and everybody who saw them was amazed at their performance.

It is true that my efforts to have this novel means for attack and defense adopted by our Government have been unsuccessful, but this is no discredit to my invention. I have spent years in fruitless endeavor before the world recognized the value of my rotating field discoveries which are now universally applied. The time is not yet ripe for the telautomatic art. If its possibilities were appreciated the nations would not be building large battleships. Such a floating fortress may be safe against an ordinary torpedo, but would be helpless in a battle with a machine which carries twenty tons of explosive, moves swiftly under water, and is controlled with precision by an operator beyond the range of the largest gun.

As to projecting wave-energy to any particular region of the globe, I have given a clear description of the means in technical publications. Not only can this be done by the use of my devices, but the spot at which the desired effect is to be produced can be calculated very closely, assuming the accepted terrestrial measurements to be correct. This, of course, is not the case. Up to this day we do not know a diameter of the globe within one thousand feet. My wireless plant will enable me to determine it within fifty feet or less, when it will be possible to rectify many geodetical data and make such calculations as those referred to with greater accuracy. 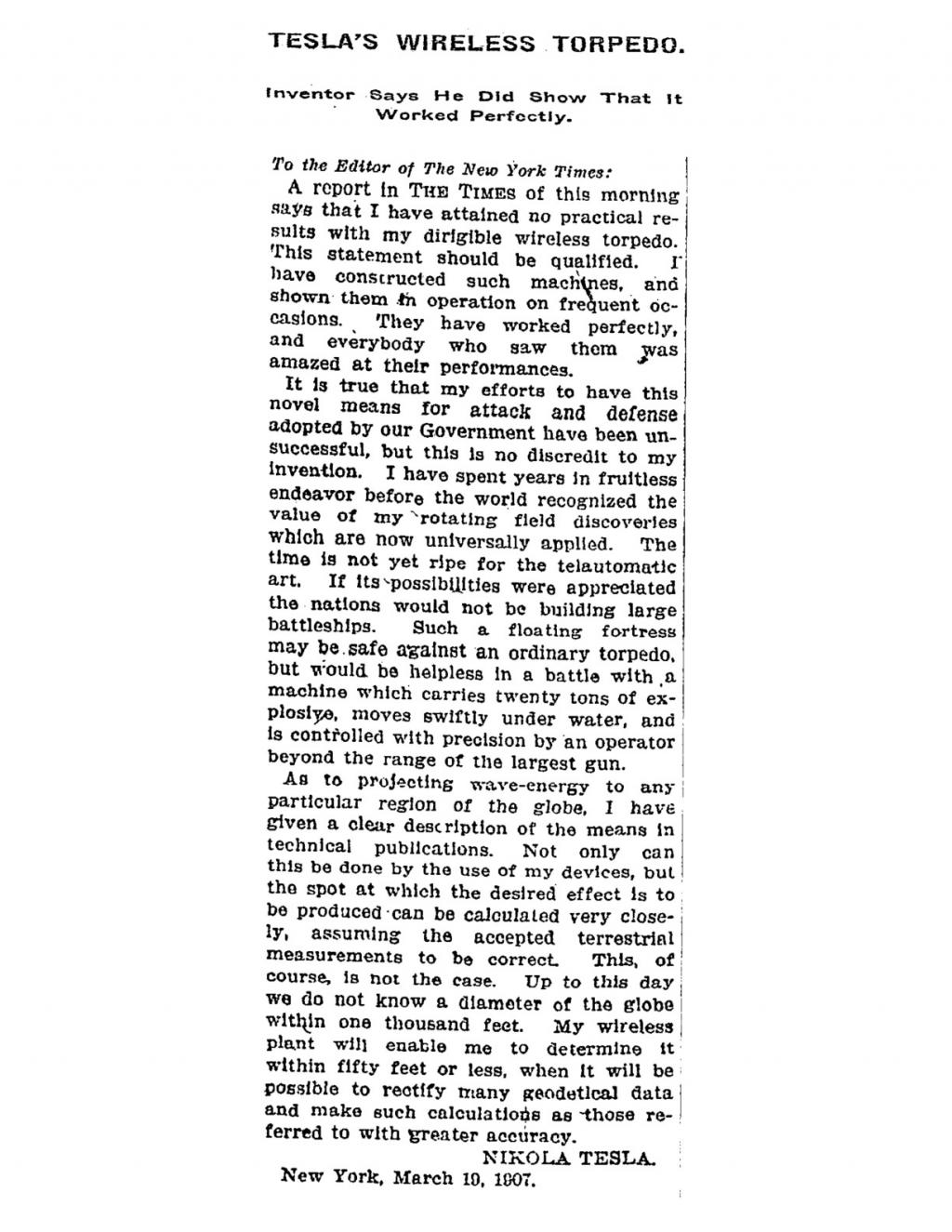