We May Soon Talk to Mars and Other Planetary Neighbors 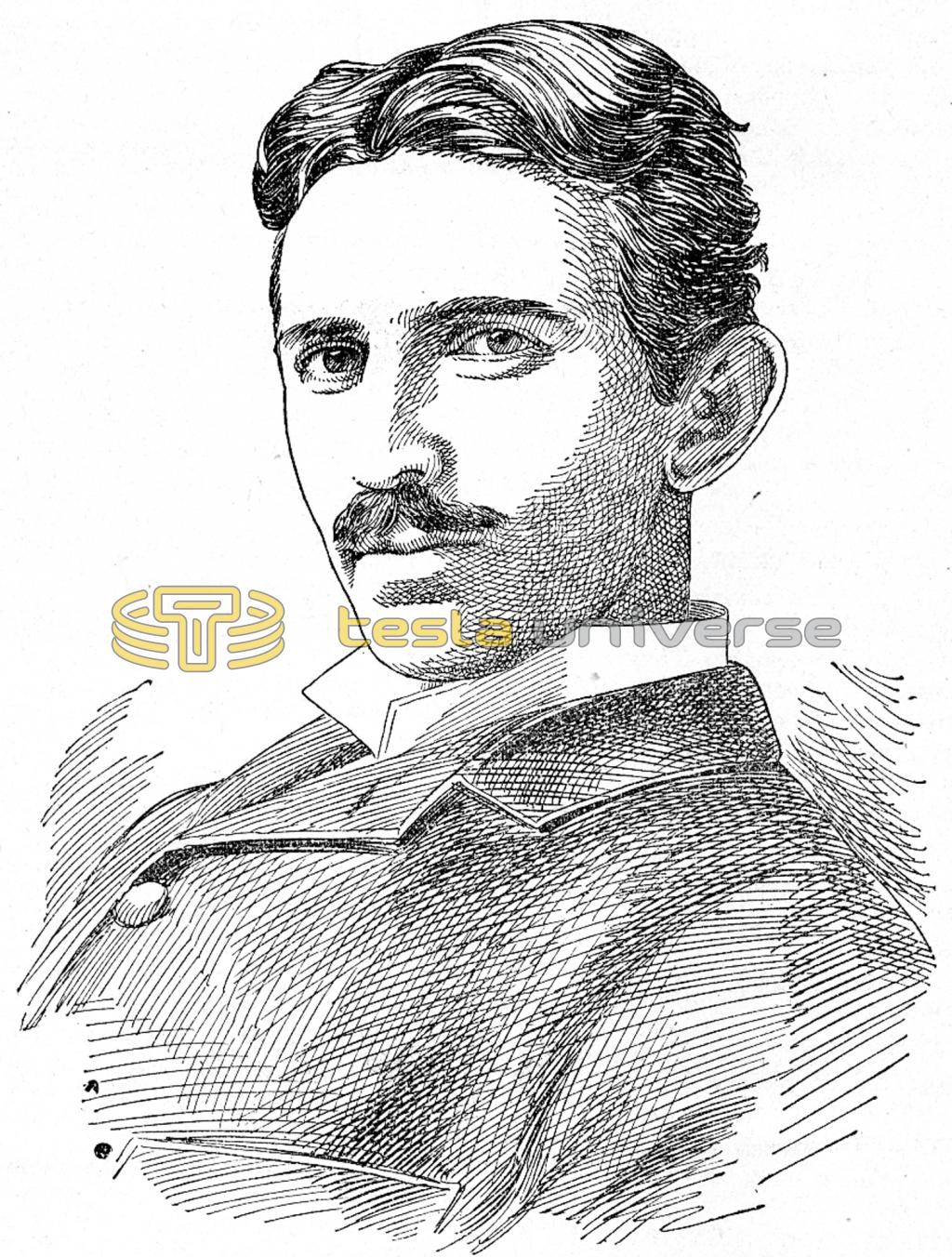 Nikola Tesla has added another to his wonderful discoveries in the possibilities of the electric current, says a New York dispatch. His latest announcement is likely to attract more attention among scientists and laymen than Roentgen’s X rays, the electric light, or even the telephone, for it means, possibly, that at last a method has been found by which the inhabitants of this earth may ultimately communicate with those on Mars or any other planet. Mr. Tesla believes that such a thing is now possible and in a short time we may be on speaking terms with other planets, made by means of electric waves. But even if the people of Mars are not of sufficient intelligence to understand the signals or communications from Mr. Tesla, the discovery will be useful as a means of transporting messages to all parts of the earth simultaneously. Such a means of communication without wires would be of the greatest importance in the transmission of news in times of war or epidemic. Mr. Tesla is now perfecting a machine with that idea in view.

The idea of communicating with planets by the same means is an after consideration. Mr. Tesla’s idea for communicating with Mars, or other near planets, is not based on pyrotechnics or a system of lights placed in triangles and squares, such as the German scientists thought might be effective. His scheme is to utilize electric waves. He thinks that such waves would communicate to other planets just as disturbances of the sun are transmitted to the earth and produce similar disturbances here in the form of thunder showers. Mr. Tesla believes that the transmission of disturbances shows beyond doubt that waves of electricity are propagated through all space. The objection, he says, may be put forward that sufficient electrical disturbances cannot be made on the earth’s surface, and that we would be wholly dependent upon thunderstorms and other phenomena of nature. 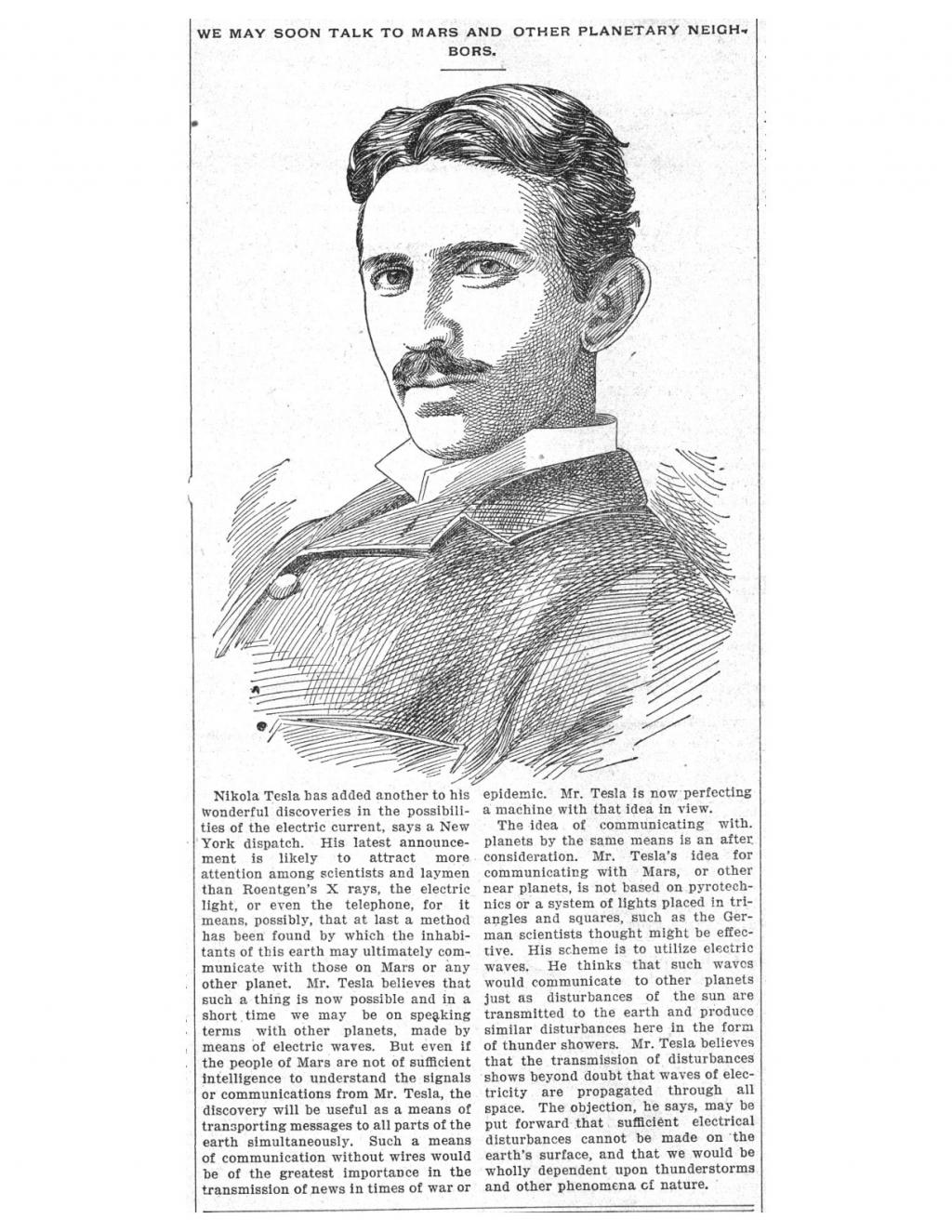