Why "Death-Rays" Do Not Work, Tho Many Are Invented

Four or five times a year some inventor announces that he has produced a secret “death-ray” which will kill whole armies at a distance, provide an invisible wall of force to protect a city or country, or short-circuit the electrical equipment of aircraft, motor-vehicles, or tanks miles away. Never do these inventors reveal the secret; usually neither inventor or ray ever is heard of again.

The case is different with the latest announcement along this line. The distinguished, elderly Dr. Nikola Tesla, who made it, is no “nut inventor.” He is responsible for the induction-motor, the polyphase electric current, and is a pioneer in the study of high-frequency transmission. Yet, having had several days to think the matter over, engineers and scientists are skeptical for the reason that this inventor, like the others, refuses to divulge the secret, and moreover admits that he has not yet produced the ray; merely has plans.

As a matter of fact, several kinds of lethal rays can be produced in the laboratory, but when it comes to projecting them any effective distance natural limits soon are reached. X-rays are deadly to animals long subjected to massive doses, but unheard-of force would be required to send them any distance in such quantity. Gamma rays such as those given off by radium produce bad burns and cancerous growths, but they really are too weak to have such an effect over a distance of more than a few centimeters.

If electrical bolts, such as lightning, are to be used, the object struck must be part of the circuit. If the ground is used to provide the return, how may the powerful bolt, supposing one strong enough could be generated, be prevented from following the shorter path and grounding itself en route?

There are many other possibilities, but every one canvassed by engineers has distinct limitations. It remains to be seen whether Doctor Tesla has something revolutionary enough to upset the known laws of physics. It is possible that he has. 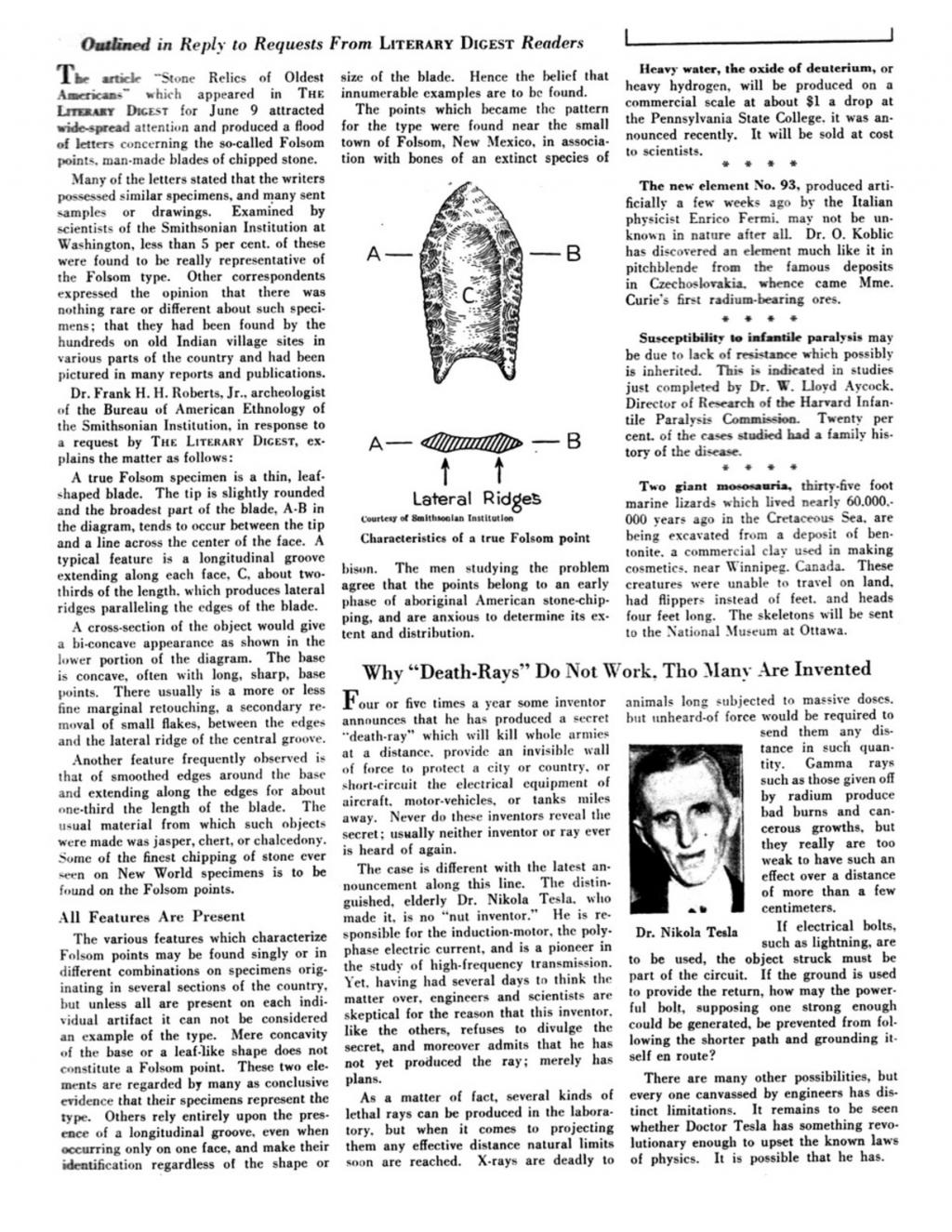