Writing in the Century, Nikola Tesla makes an interesting prediction as to the transmission of electric power without the use of wires: While I have not, as yet, actually affected a transmission of a considerable amount of energy, such as would be of industrial importance, to a great distance by this new method, I have operated several model plants under exactly the same conditions which will exist in a large plant of this kind, and the practicability of the system is thoroughly demonstrated.

The experiments have shown conclusively that, with two terminals maintained at an elevation of not more than 30,000 to 35,000 feet above sea-level, and with an electrical pressure of 15,000,000 to 20,000,000 volts, the energy of thousands of horse-power can be transmitted over distances which may be hundreds and, if necessary, thousands of miles. From that moment when it was observed that, contrary to the established opinion, low and easily accessible strata of the atmosphere are capable of conducting electricity, the transmission of electrical energy without wires has become a rational task of the engineer, and one surpassing all others in importance.

Its practical consummation would mean that energy would be available for the uses of man at any point of the globe, not in small amounts such as might be derived from the ambient medium by suitable machinery, but in quantities virtually unlimited, from waterfalls. Export of power would then become the chief source of income from many happily situated countries, as the United States, Canada, Central and South America, Switzerland and Sweden.

Men could settle down everywhere, fertilize and irrigate the soil with little effort, and convert barren deserts into gardens, and thus the entire globe could be transformed and made a fitter abode for mankind. It is highly probable that if there are intelligent beings, on Mars they have long ago realized this very idea, which would explain the changes on its surface noted by astronomers. The atmosphere on that planet, being of considerably smaller density than that of the earth, would make the task much more easy. 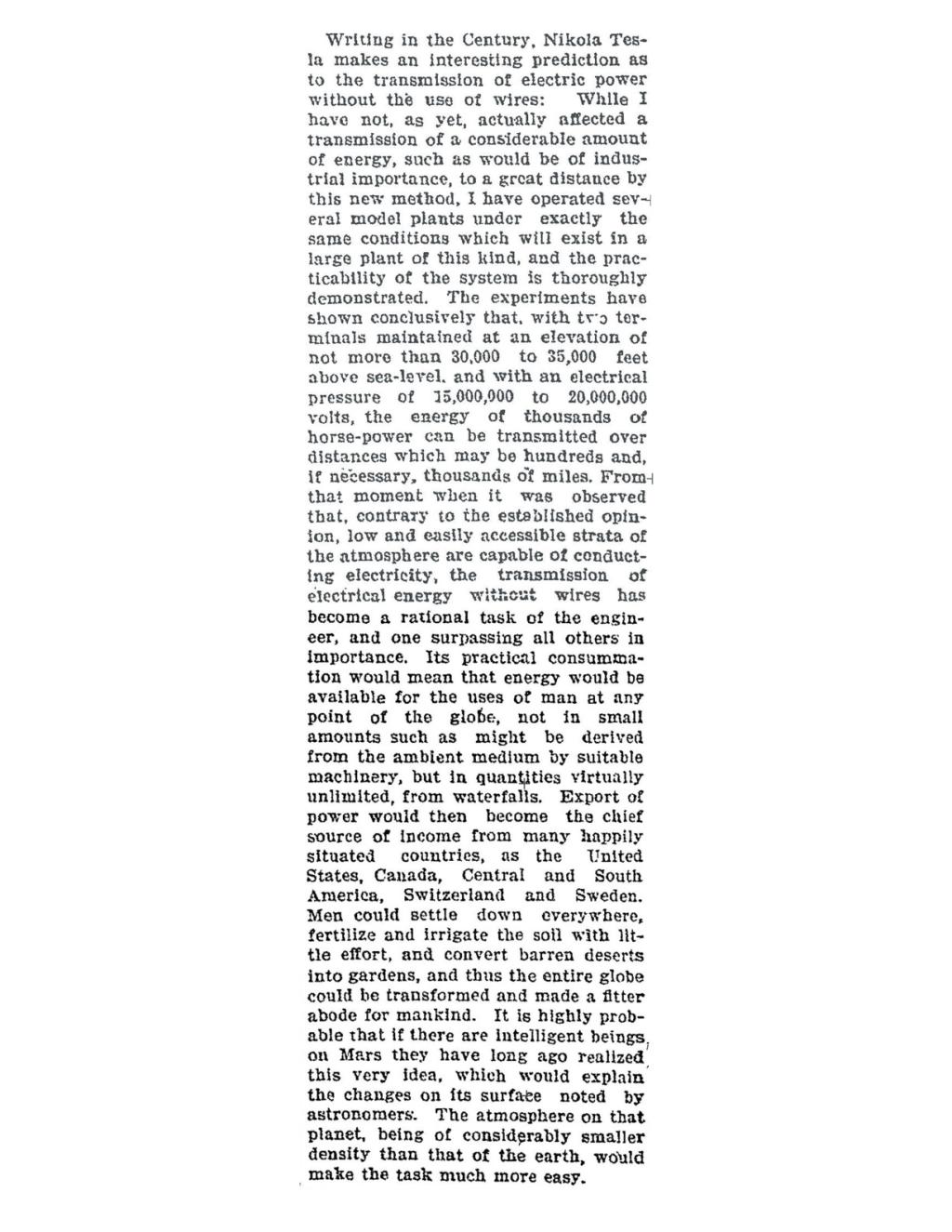