Tesla, the Wizard of Electricity Will Communicate with Other Planets

Chicago, May 16. - Nicola [sic] Tesla, the electrical inventor, proposes to establish communication between the earth and the planets. This, he says, can be done by an instrument so sensitive that it will feel disturbances created anywhere on the globe.

Tesla last night said: “The coming century will be the era of the atmosphere. From the moment I discovered that the air under certain conditions was a better conductor than a brass rod, I saw possibilities which made me grow faint and dizzy at their expanse. The transmission of force and influence to any distance, the use of the sun’s energy for all the needs of man, the possibility of controlling things with which there is no visible connection - these and endless numbers of smaller achievements, have become facts that in a short time will have practical demonstration.” 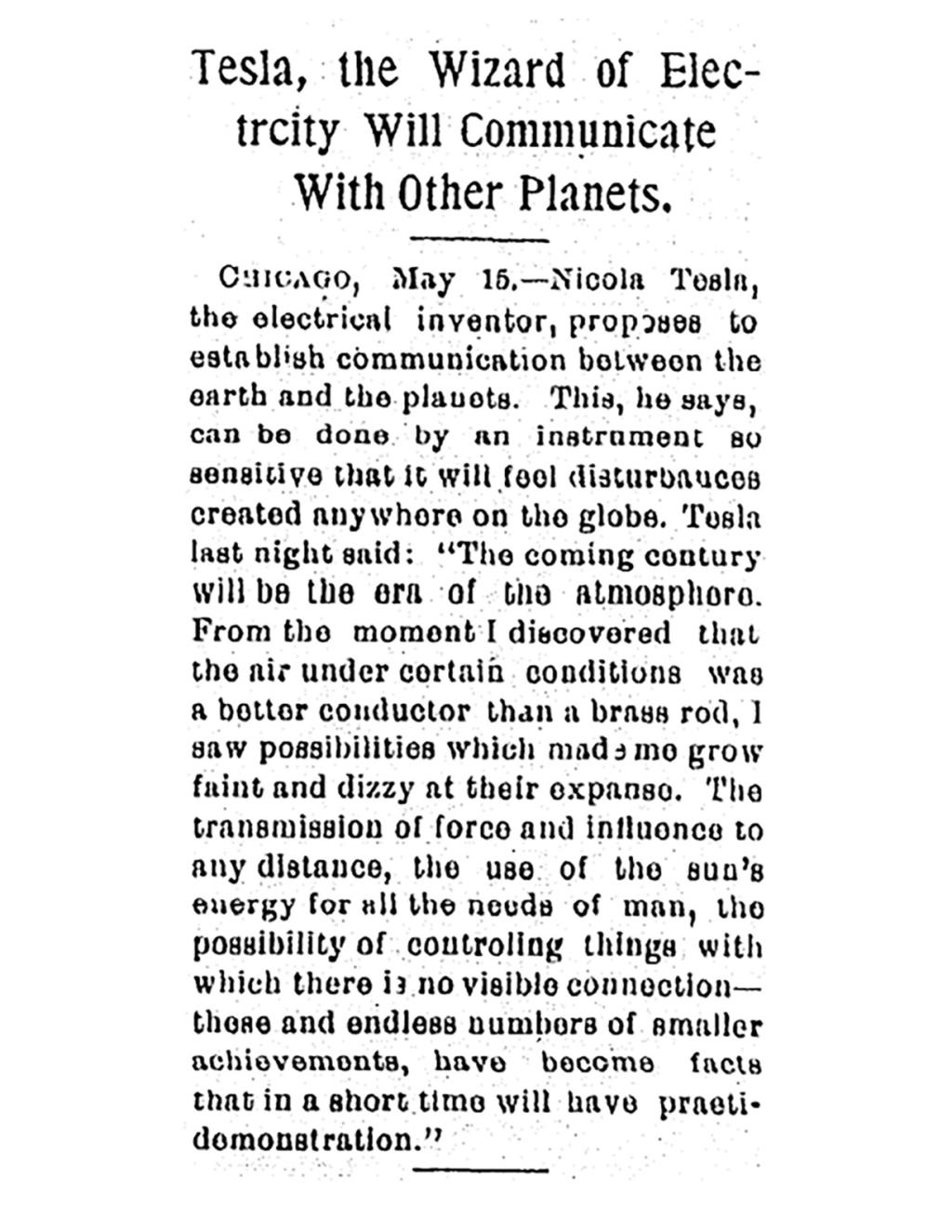