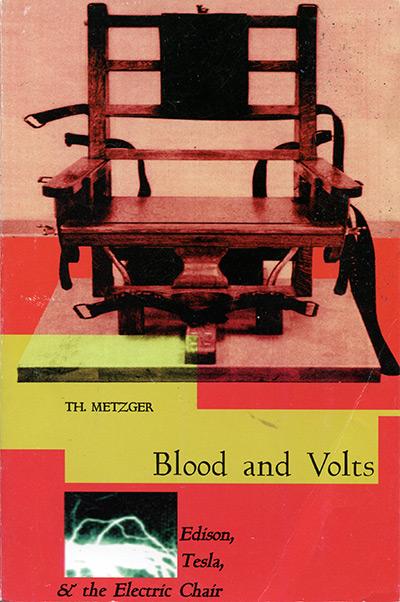 Blood & Volts: Edison, Tesla and the Invention of the Electric Chair

At the dawn of the twentieth century, General Electric (using Thomas Edison's direct current) and Westinghouse (employing Nikola Tesla's groundbreaking alternating current) were locked in combat to determine which would dominate the technological fate of the nation. Electricity was thought to be a highly ambiguous force: both godlike creative power and demonic destroyer of life. Metzger argues that for scientists of the day, as well as the general populace, the electric chair was both harbinger and early pinnacle of modernity, the high altar of the rising cult of progress. In the popular imagination, Tesla and Edison were seen as nearly superhuman beings, and their struggle was not only for wealth and power, but to reshape the face of America. In Blood and Volts, Metzger creates a unique synthesis of scholarship, storytelling and cultural critique to present a clear and compelling story of America struggling to define itself through scientific innovation.