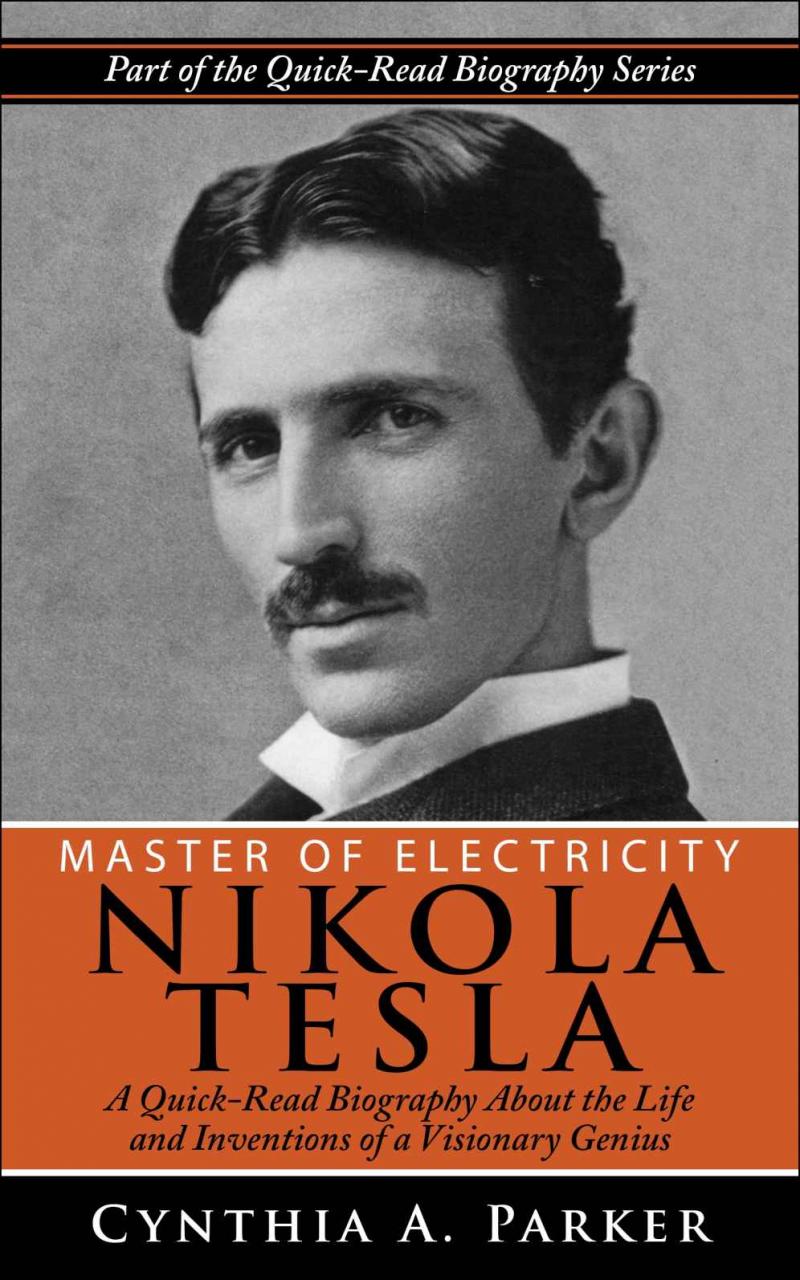 Master of Electricity - Nikola Tesla: A Quick-Read Biography About the Life and Inventions of a Visionary Genius

by Cynthia A. Parker

Ever wanted to learn more about Nikola Tesla, but never felt you had the time to read a comprehensive work? Here author Cynthia A. Parker removes that pain by offering an opportunity to Get-to-Know the ‘Master of Electricity,’ to learn of his youth and upbringing, his early career, and of course his pivotal role in advancing the World into the Electrical Age!

Turn these pages and enjoy the opportunity to learn history, but better yet to come to know Tesla through Parker's amazing ability to describe his life, his eccentricities and above all, his accomplishments; making this an enjoyable and interesting Quick-Read Biography.

Once in a while a genius is born who has a totally different mindset toward creativity, invention, and imagination. At times, the world is ready for such a person, but more often than not, the scientific and public worlds just cannot accept changes to established norms.

Nikola Tesla was one of these men. He was born a century too early, and he understood this. “The scientific man does not aim at an immediate result. He does not expect that his advanced ideas will be readily taken up. His work is like that of the planter - for the future. His duty is to lay the foundation for those who are to come, and point the way” (Jones, 2014).

There is a new wave of Nikola Tesla fans who are pushing to give Tesla the credit he deserves. He produced dozens of inventions in the production, transmission, and application of electric power. He invented the first alternating current or A/C motor and developed A/C generation and transmission technology. He invented the induction motor, rotary transformers, and high-frequency alternators, the Tesla oscillator and coil and Tesla pumps as well as devices for lightning protection. He invented turbines for water, steam and gas, and systems for wireless communications. Radio frequency oscillators were his. He also invented insulation, vertical take-off and landing aircraft, polyphase systems, concepts of electric vehicles and devices of high voltage discharges and ionized gasses. He talked to the stars and tried to run the weather. He had a vision to end all wars and developed a “death beam.”

He was famous, respected, brilliant and broke. Tesla held more than 300 known patents, but was never able to convert his inventions into long-term financial success.

Nikola Tesla was dazzling, and his inventions revolutionized the world's way of life. He was not the average man. He only needed two to three hours of sleep per night and was known to be a bit of a recluse. At one time, he bragged about working in his laboratory for 84 hours without sleep. He spoke eight languages and could memorize a book at one sitting.

Like many geniuses, Tesla had a peculiar side. He was repulsed by women's jewelry and pearls and had dreams and nightmares of light and dark.

Tesla thought of himself as one who could harness the forces of nature to contribute to human needs. He was an inventor who was often unrewarded and unnoticed, but he found compensation in just inventing. All he wanted was to make life easier for his fellow world citizens.

Tesla said, “Electric power is everywhere present in unlimited quantities, it can drive the world's machinery without the need of coal, oil, gas or any other fuel” He pictured electricity as being cosmic, always there; a vast pool of energy. He was and is the master of electricity.

Tesla was a visionary, and most of his contemporary scientist brothers did not understand his technology, experiments and drive to create. He has yet to be adequately credited for his invention of radio, and Edison has always been thought of as the “father of electricity” and for “his” work in alternating current. Edison did not work with A/C. A/C was Tesla's lifelong work.