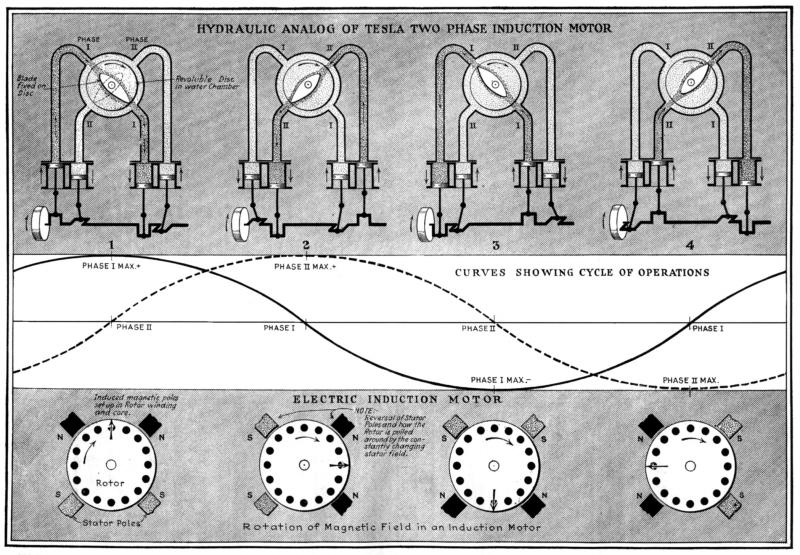 The Purpose of This Analog Is to Portray, As Faithfully As Possible, the Phenomena of Tesla's Rotating Magnetic Field So As to Make Them Easily Understandable to the Average Reader. The Two Alternating Fluxes Are Represented By Streams of Water Having the Same Relation As to Phase, Amplitude and Direction. The Magnetic Polarity of the Rotor's Imitated By the Employment of a Body So Shaped As to Behave, With Respect to the Streams, Exactly As the Rotor With Respect to the Poles. Moreover, the Corresponding Rotating and Stationary Parts Are Given a Similar Appearance and Are Disposed In Like Manner. To Make the Analog Complete, It May Further Be Assumed That the Liquid Is Compressible So That There Will Be a Phase Displacement Between Pressure and Flow As That Existing Between Electro-Motive Force and Current.