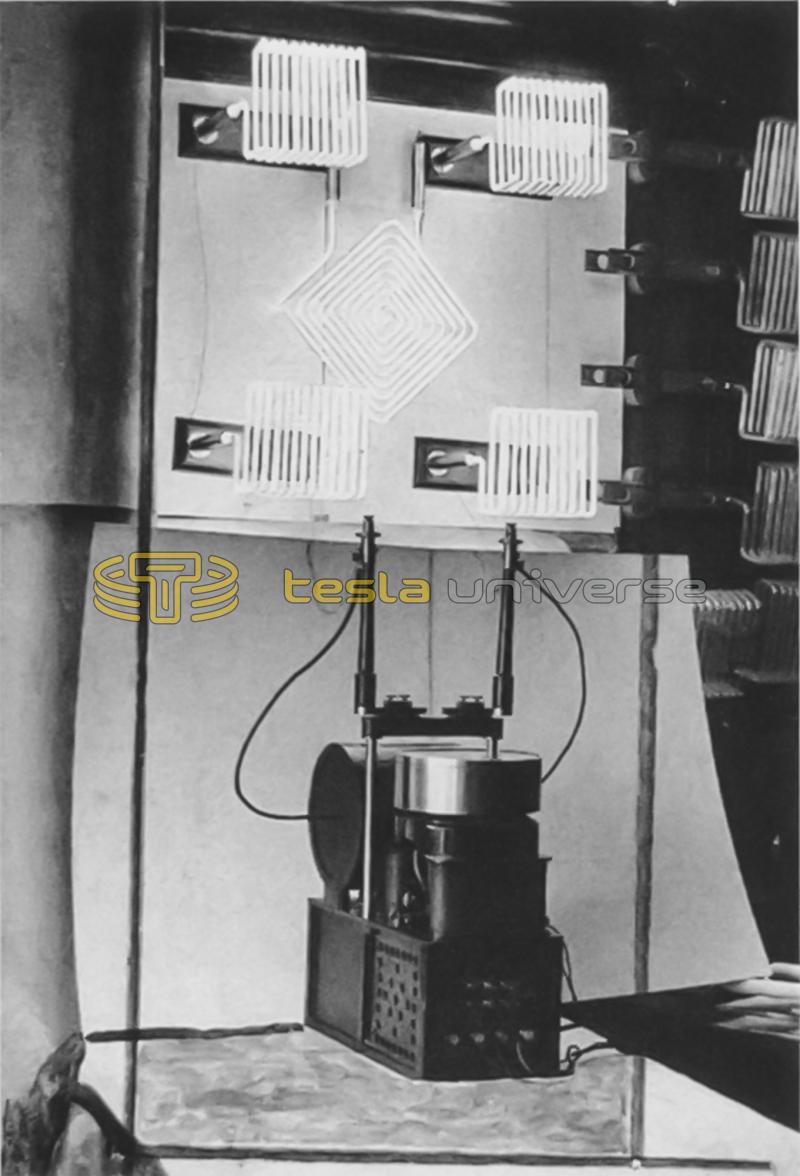 Bank of Tesla high frequency lamps lighted by his oscillator

Fig. 5. This illustration shows one of Tesla's high frequency oscillation generators and a bank of his high frequency lamps lighted by the same. These highly evacuated, gas filled tubes were operated in different ways. In some cases they were connected to one wire only: In other instances to two wires, in the manner of ordinary incandescent lamps. Often, however, they were operated without any connection to wires at all, i.e., by "wireless energy", over quite appreciable distances, which could have been greatly extended with more power. The oscillator comprises a Tesla high potential transformer which is excited from a condenser and circuit controller, as described in his patents of 1896. The primary exciting element comprised a powerful electro-magnet actuating an armature, and this circuit was connected with 110 volt, 60 cycle A.C. or D.C. When the oscillator was put into operation, the interrupter actuated by the electro-magnet connected to the 110 volt circuit, became simultaneously the spark gap for the high potential exciting circuit, which included this vibrator, spark gap, a high tension condenser and the primary of the high frequency Tesla transformer. The lamps were connected to the secondary of the latter, the terminals of which are seen in the rear of the machine.