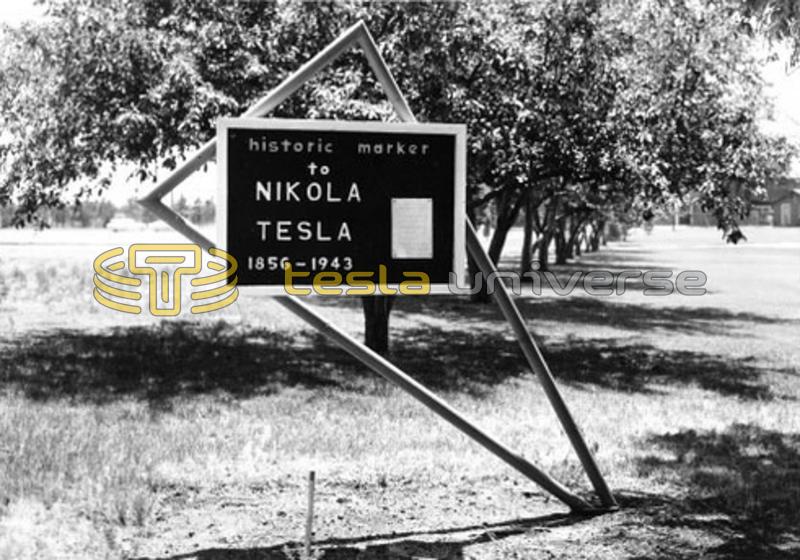 The inset read: The world-famous Experimental Laboratory of Nikola Tesla stood near this location in 1899. In that building on North Foote Avenue, Tesla felt that he made his important discovery. Tesla was one of the greatest electrical geniuses. He was born in Croatia, which is now part of Yugoslavia. A technical museum in Beograd now houses Tesla memorabilia, among which are records of his experiments in Colorado Springs. Tesla is credited with significant pioneer work in the field of alternating current. The machinery plates on the first power installations at Niagara Falls acknowledge his inventions, employed in that great feat. His many patents helped determine the course of industrial history. His life was dedicated to electrical research. He received more than a score of citations and honors from the great universities and scientific societies of the United States and Europe. More than all these, he prized his United States Citizenship papers. This marker is made possible by the Historical Society of the Pikes Peak Region.