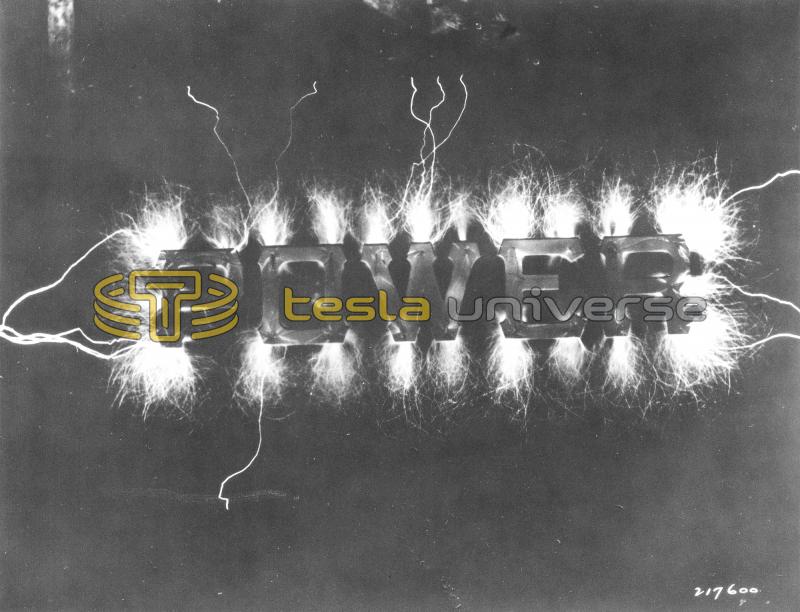 This high frequency-high voltage electrical sign announced Tesla's personal exhibit at the Chicago Columbian Exposition of 1893. Attracted by the lightning-like discharges and deafening roar, throngs crowded the auditorium to see the electrical wizard defy a million volts from one of his huge coils. It was during the exposition that the Westinghouse Electric Corporation effectively demonstrated the Tesla A.C. system which was to become universal throughout the world.