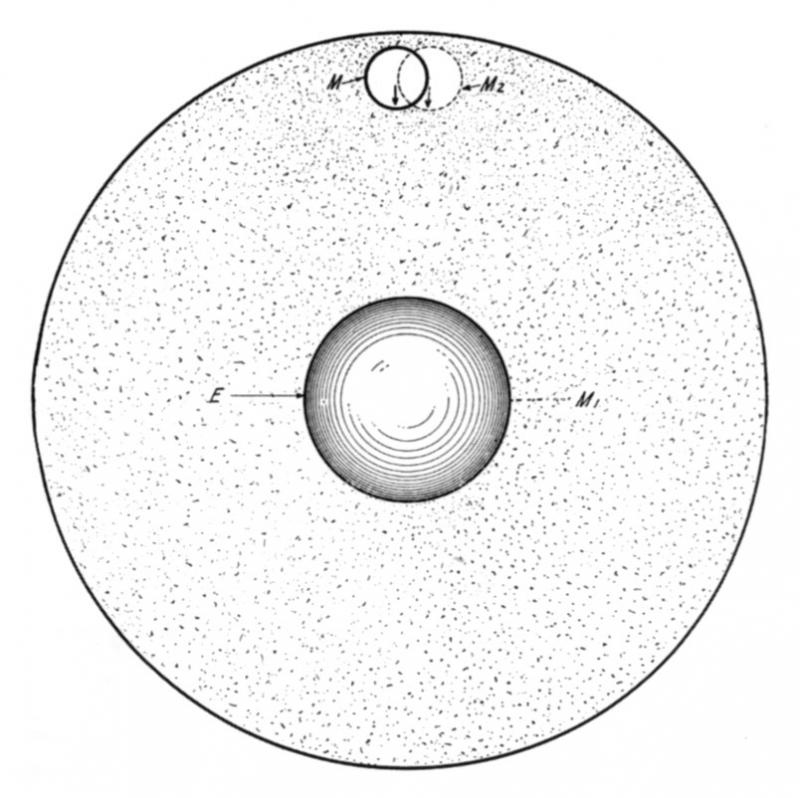 Tesla's Conception of the Rotation of the Moon, M, Around the Earth, E; the Moon, In This Demonstration Hypothesis, Being Considered as Embedded In a Solid Mass, M,. If, As Commonly Believed, the Moon Rotates, This Would Be Equally True For a Portion of the Mass M?, and the Part Common to Both Bodies Would Turn Simultaneously In "Opposite" Directions.