My invention is designed to provide an improved method for regulating the current in dynamo-electric machines.

In my improvement I employ one or more auxiliary brushes, by means of which I shunt a portion or the whole of the field-helices. According to the relative position upon the commutator of the respective brushes more or less current is caused to pass through the helices of the field, and the current developed by the machine can be varied at will by varying the relative positions of the brushes.

In the drawings the present invention is illustrated by diagrams, which are hereinafter separately referred to.

H is a commutator of ordinary construction.

From that which has been said in the application above referred to it will be seen that when the electro-motive force between the brushes a and c is to the electro-motive force between the brushes c and b as the resistance of the circuit a M c' c A to the resistance of the circuit b C B c c' D, the potentials of the points x and y will be equal, and no current will pass over the auxiliary brush c; but if said brush occupies a different position relatively to the main brushes the electric condition is disturbed, and current will flow either from y to x or from x to y, according the the relative position of the brushes. In the first case the current through the field-helices will be partly neutralized and the magnetism of the field-magnets diminished. In the second case the current will be increased and the magnets will gain strength. By combining with the brushes a b c any automatic regulating mechanism the current developed can be regulated automatically in proportion to the demands in the working-circuit.

In Figs. 6 and 7 I have represented some of the automatic means that may be used for moving the brushes. The core P, Fig. 6, of the solenoid-helix S, is connected with the brush c to move the same, and in Fig. 7 the core P is shown as within the helix S, and connected with both brushes a and c, so as to move the same toward or from each other, according to the strength of the current in the helix, the helix being within an iron tube, S', that becomes magnetized and increases the action of the solenoid.

The arrangement shown in Fig. 4 is advantageous, as it diminishes the sparking upon the commutator, the main circuit being closed through the auxiliary brushes at the moment of the break of the circuit at the main brushes. The field-helices may be wound in the same direction, or part may be wound in opposite directions.

In instances where auxiliary brushes have been used in connection with the field-helices said auxiliary brushes received the current continuously and caused great sparking, whereas in my invention the auxiliary brush receives current only when the normal electrical conditions of the circuit are disturbed. 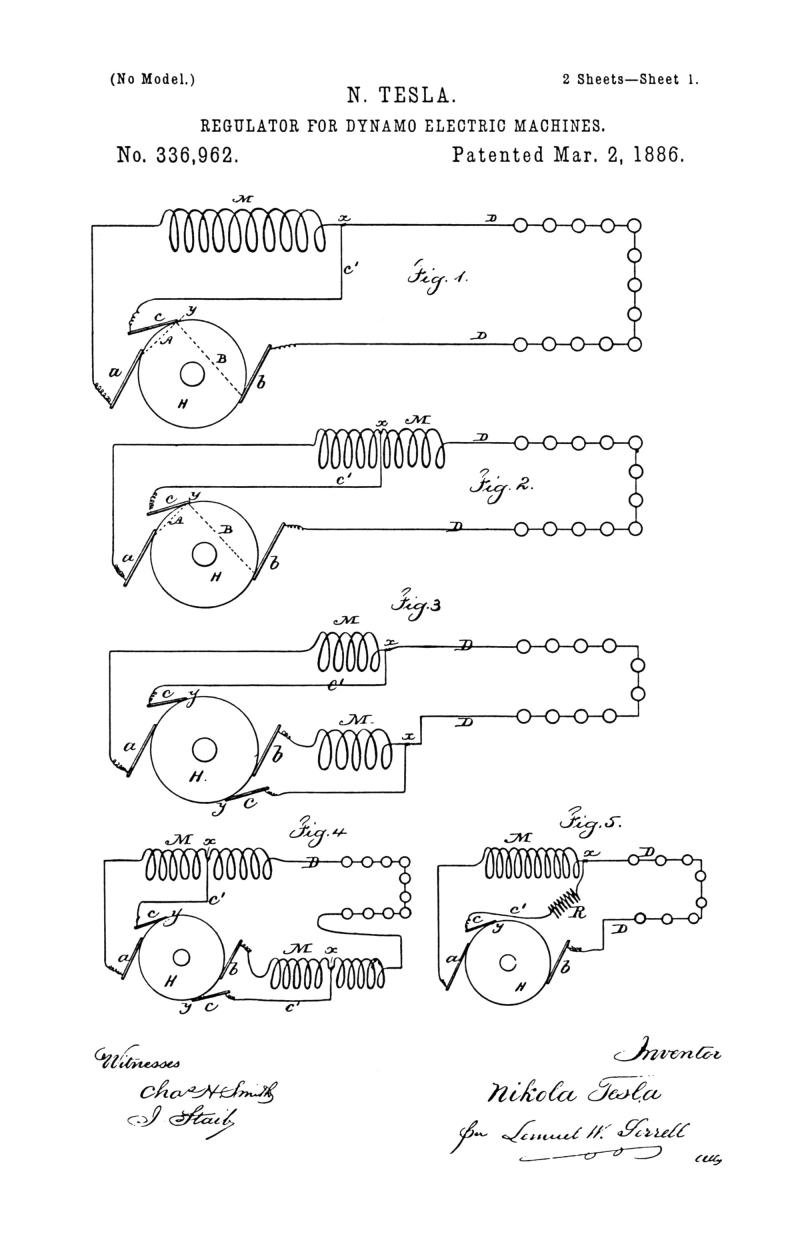 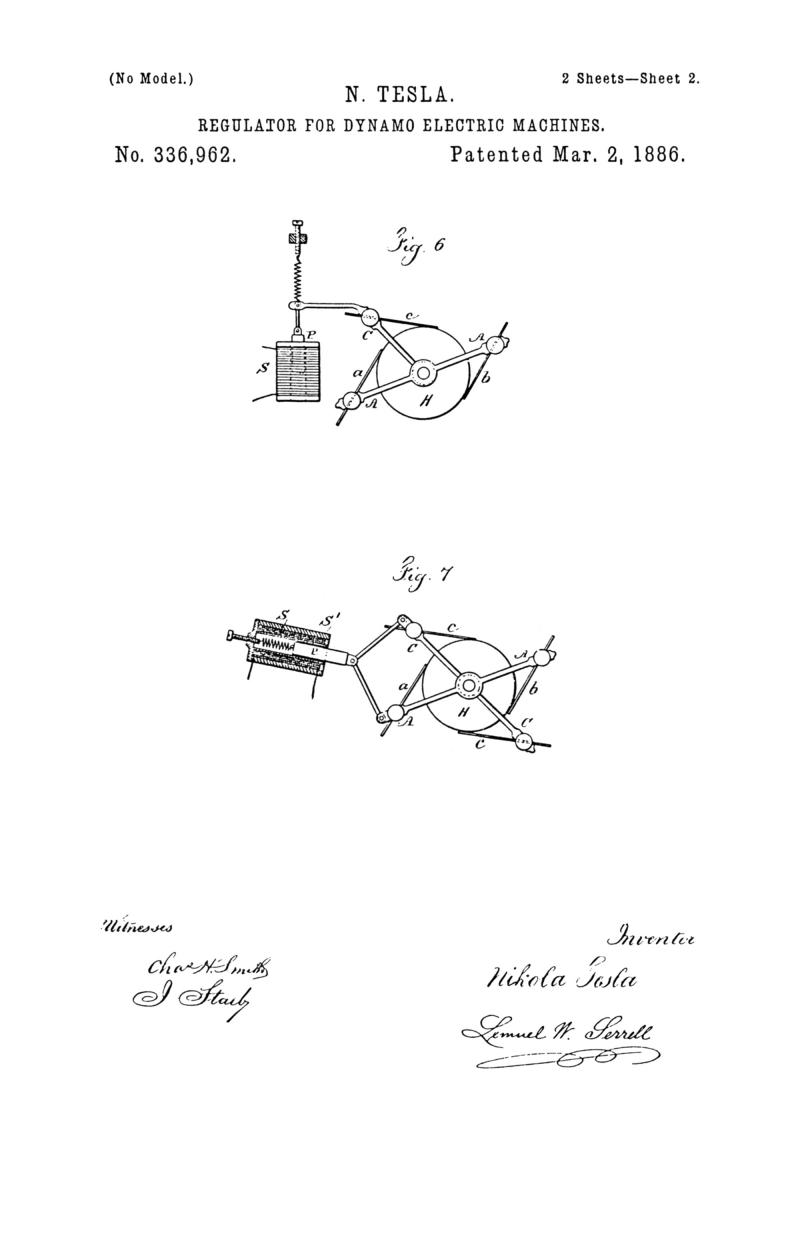