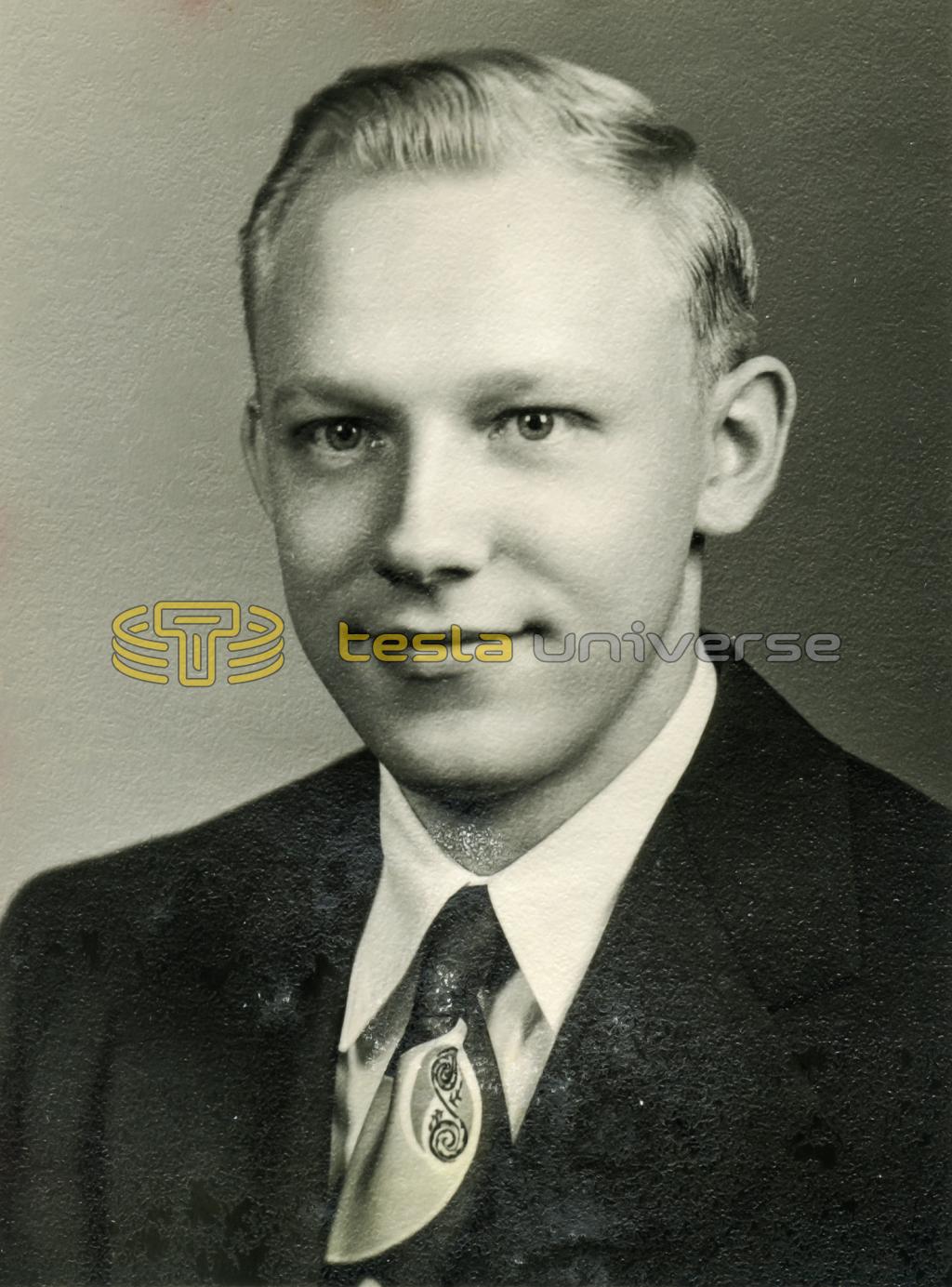 It is with heavy heart that I inform you all of the passing of Leland I. Anderson.

Lee, as he was often referred to by many who knew him closely, was at the forefront of Tesla research before most of us were even born. Much of the modern information we have about Tesla is a direct result of the work of Mr. Anderson.

Lee and I had countless exchanges over the years, even after he made the decision to put Tesla behind him in the mid-2000's. He was always kind, supportive and generous with me and my efforts with Tesla Universe. He was an inspiration to me and I hope to continue carrying the torch he lit so many years ago.

Lee, you are greatly appreciated and will be missed.

Anderson, Leland Irving of St. Paul, MN, died peacefully on October 15, 2021. Lee had a gentle and kind spirit and was a dear friend to the many who knew him. He was 93 years old; born on October 12, 1928; and grew up in the Prospect Park neighborhood of Minneapolis.

Lee graduated from Marshall High School in 1947 and later from the University of Minnesota in 1954 with a degree in electrical engineering. Lee worked for Sperry Univac in Minnesota in the 1960s and later moved to Denver, Colorado where he worked for the US Department of the Interior.

Lee would often speak fondly of his childhood summers growing up during the depression where he would spend time with cousins and work on his uncle Lou's farm near Soderville, MN. Later in life, Lee would become one of the world's foremost historians on Nikola Tesla and contributed greatly to expand the current knowledge of Tesla's work through his many writings and contributions.

Lee founded the International Tesla Society and edited the Tesla Society Newsletter Tesliana for many years, beginning in the 1950s. His extensive archive on Nikola Tesla, the largest in the United States and second only to that of the Tesla Museum in Belgrade, Serbia, is now curated by the Heinz History Center Historical Society of Western Pennsylvania.

Lee is survived by son Lewis Anderson and grandchildren William and Elsa Anderson. He was preceded in death by parents Laurence and Suneva Anderson. Many thanks to all the staff at Eagle Crest and Johanna Shores of Arden Hills who so kindly cared for Lee in his final years. Services will be private. Memorials preferred to the charity of your choice.