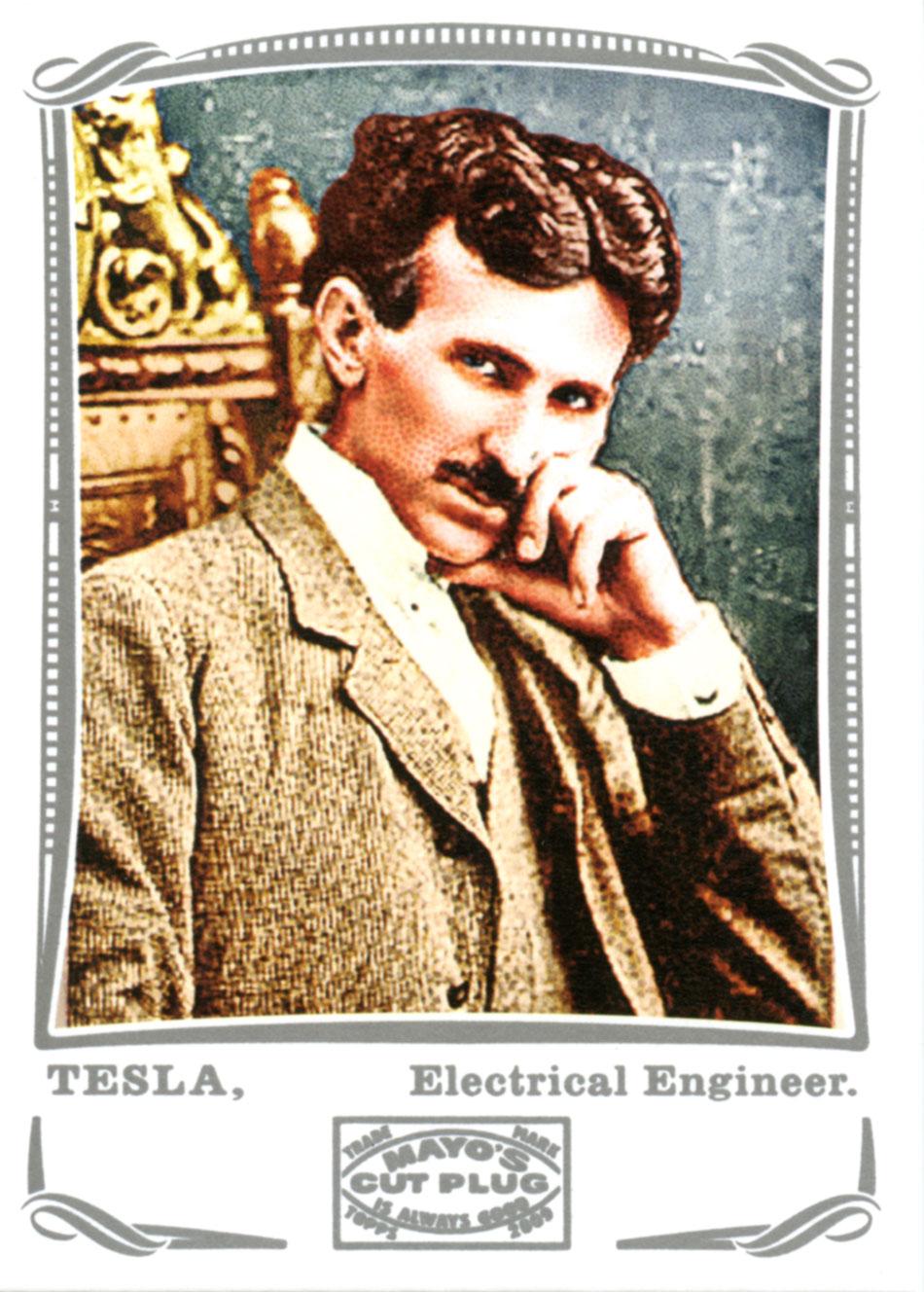 Other than an entry on their release calendar, the Topps website makes no mention of the recent release of their 2009 Mayo Football set which includes two styles of Nikola Tesla cards. The first is the number 95 base card which is also produced in a relic card, a mini card and limited edition red and blue back versions. The relic card includes an authentic piece of brick from the 1893 Columbian Exposition, also known as the Chicago World's Fair.

The back of the number 95 card reads: “Nikola Tesla: Electrical Engineer - Tesla, a Serbian inventor and engineer, developed theories that helped form the foundation for the type of electricity that power companies supply to homes today. In the late 1800s, he worked briefly for American icon Thomas Edison. Later, while partnering with George Westinghouse, Nickola (Editor Note: This misspelling was not my mistake. Take a look at the photo of the card in the gallery. Maybe Topps should consider using spell check next time.) made revolutionary advances in alternating-current theory. Tesla also had a deep interest in radio communication. As early as 1897, he demonstrated remote control of two model boats in New York City.”

The second card is the WF9, or World's Fair number 9, mini card. This card features the famous profile photo of Tesla reading a book in front of his large pancake Tesla coil from the Houston Street lab. I am still waiting on this card to arrive and will update this post with the text from the back of the card when I receive it.

I'm not sure which is worse, misspelling Tesla's name, or implying that Tesla only “theorized” alternating current and the polyphase system we use today. Either way, I'm going to choose to focus on the positive which is the fact that Topps did honor Tesla by featuring him on their cards. Let us know what you think by contacting us.