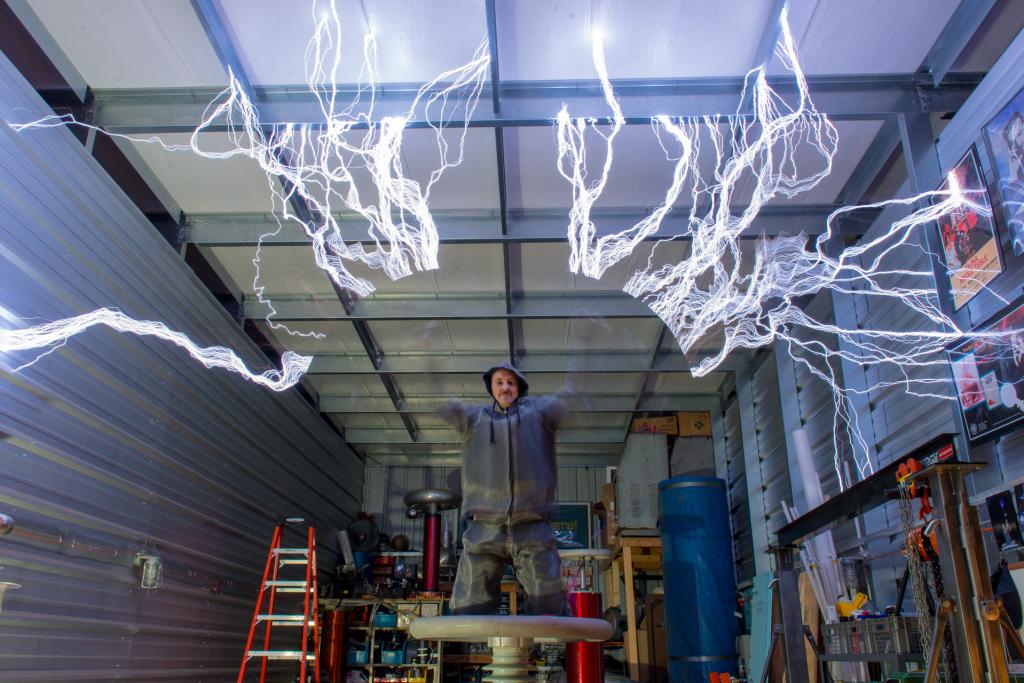 The science behind weather and other natural phenomena is the show's focus. The show is hosted by Travis Taylor, Tara Long and Anthony Carboni and they take a tag-team approach to solving mysteries and finding answers to science questions in intriguing and thought-provoking ways.

Tesla Universe's Cameron Prince and Phillip Slawinski helped with several episodes including Tornadoes and Electric Weather which appeared in the 3-episode premier that airs again tonight. The Electric Weather episode features Travis playing guitar along with Phillip's twin DRSSTC coils being played by professional keyboard players. I perform experiments in a Faraday suit connected to our largest Tesla coil and assist Travis in determining if the rule-of-thumb is correct when estimating lightning's distance.

Working with the show was a lot fun and I'm really proud of what we did. Take a look at some of my behind-the-scenes and testing photos in the gallery and check out the show.