During the third and the last of this series of Cantor lectures at the Society of Arts, Mr. Gisbert Kapp dealt very fully with the probabilities of transmission of power electrically by means of alternate currents. The limits of transmission by direct currents is reached when it is necessary to employ two or three thousand volts pressure, and therefore future development will probably - nay, must - be in the direction of alternate currents. In a most graphic and admirable manner Mr. Kapp described the position as it exists.

He showed how Ferraris first of all pointed out the right way to get an alternate-current motor that was self-starting, and how Tesla and others had worked in the direction indicated by Ferraris, and, finally, how a three-pole alternate-current motor had been produced that would start, keep in step, and also pick up again though momentarily overloaded. He showed how this was done with the use of - not two - but three line wires to the motor. But the most interesting point was that Mr. Brown, of the Oerlikon Works, was now constructing an alternate-current plant whereby to transmit the whole of the power required by the Oerlikon Works.

Here the power will be transmitted from Bulach to Oerlikon, a distance of 15 miles, under a pressure of 25,000 volts. This installation of Mr. Brown’s will be watched with the greatest interest throughout the civilised world, for upon its success will depend the introduction of similar plant in many districts where natural water power must be transmitted over considerable distances, if it is to be rendered serviceable to the inhabitants. We have not thought it necessary to give abstracts of these lectures of Mr. Kapp, because they will ere long be published fully in the Journal of the society, and when complete can be better discussed than from mere abstracts. Still, the experiment to be made at Oerlikon deserves the widest possible notice, in order that those interested in the subject may know where to obtain information. 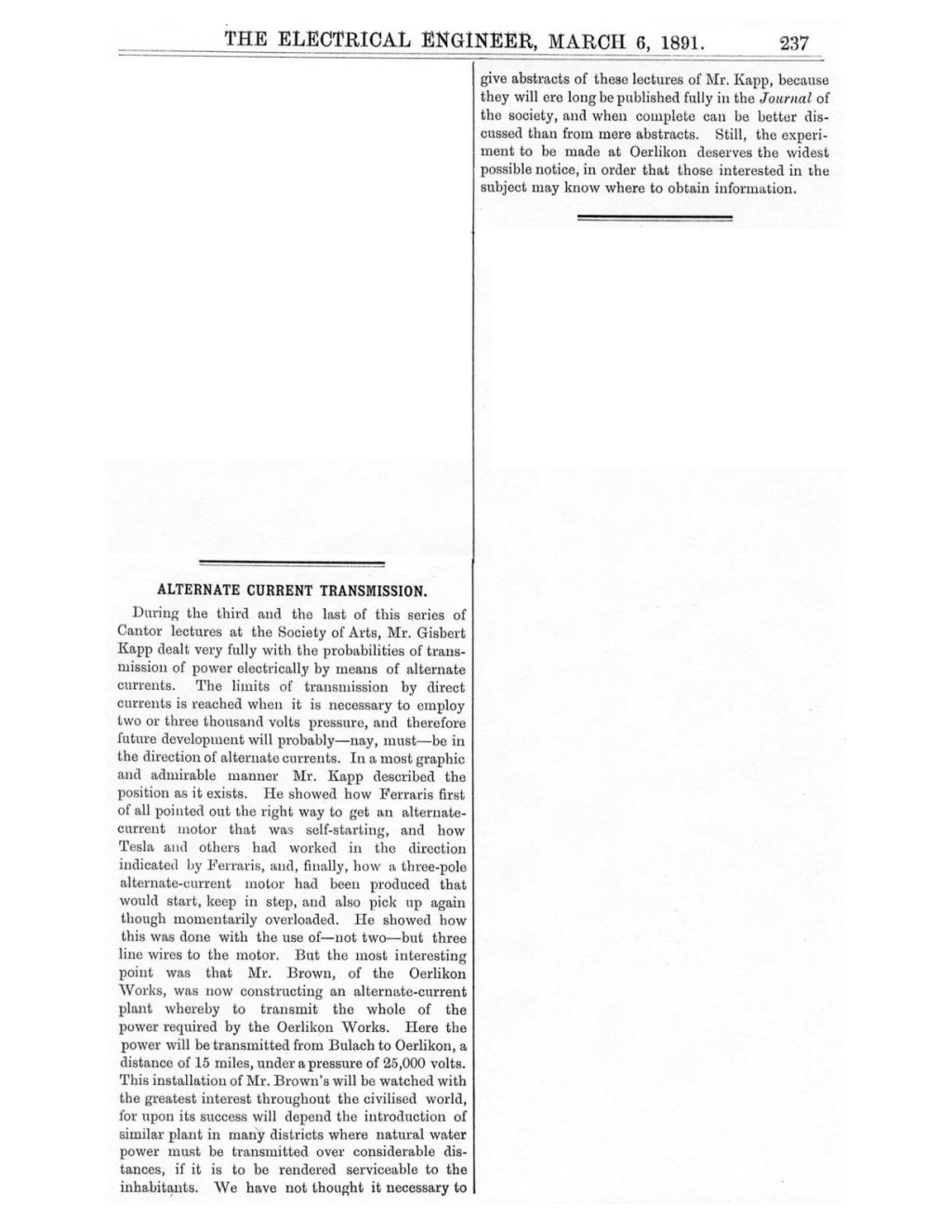