For several years past, from the days of Prof. Ferrari’s investigations, which were followed by those of Tesla, Zipernowsky, and a host of imitators, we have periodically heard of the question of alternating current motors being solved. More than once have we questioned the solution of this difficult problem, and certain enthusiastic inventors had the free use of our pages for the ventilation of their pet theories, yet we are not aware of the existence of any commercially successful motor, one which gives a good efficiency with a reasonable speed at variable loads, and which is entirely self-starting.

If those gentlemen, who then contradicted our assertions, can now show us any radical improvements, we shall be glad to record them. Mr. Kapp spoke of several types of small alternating current motors with two and three wires, but he has not pointed out any successful applications. We were particularly struck with Mr. Kapp’s ingenious model for illustrating the theory of rotation by alternating currents. This model consisted of two cranks capable of revolving simultaneously two connecting rods and a disc movable on its centre.

The centres of the cranks and the centre of the upper junction of the connecting rods formed a triangle. The pin through the eyes of the connecting rods represented a “phantom magnet” influencing the motion of the disc. By varying the relative angle between the cranks, the pin (phantom magnet) described straight lines, circles, or ellipses, dragging with it the disc which revolved with more or less regularity according as there was any slip, such slip indicating loss of energy. We had to imagine that the crank angles corresponded to the position of the wire coils on the armature relatively to each other. 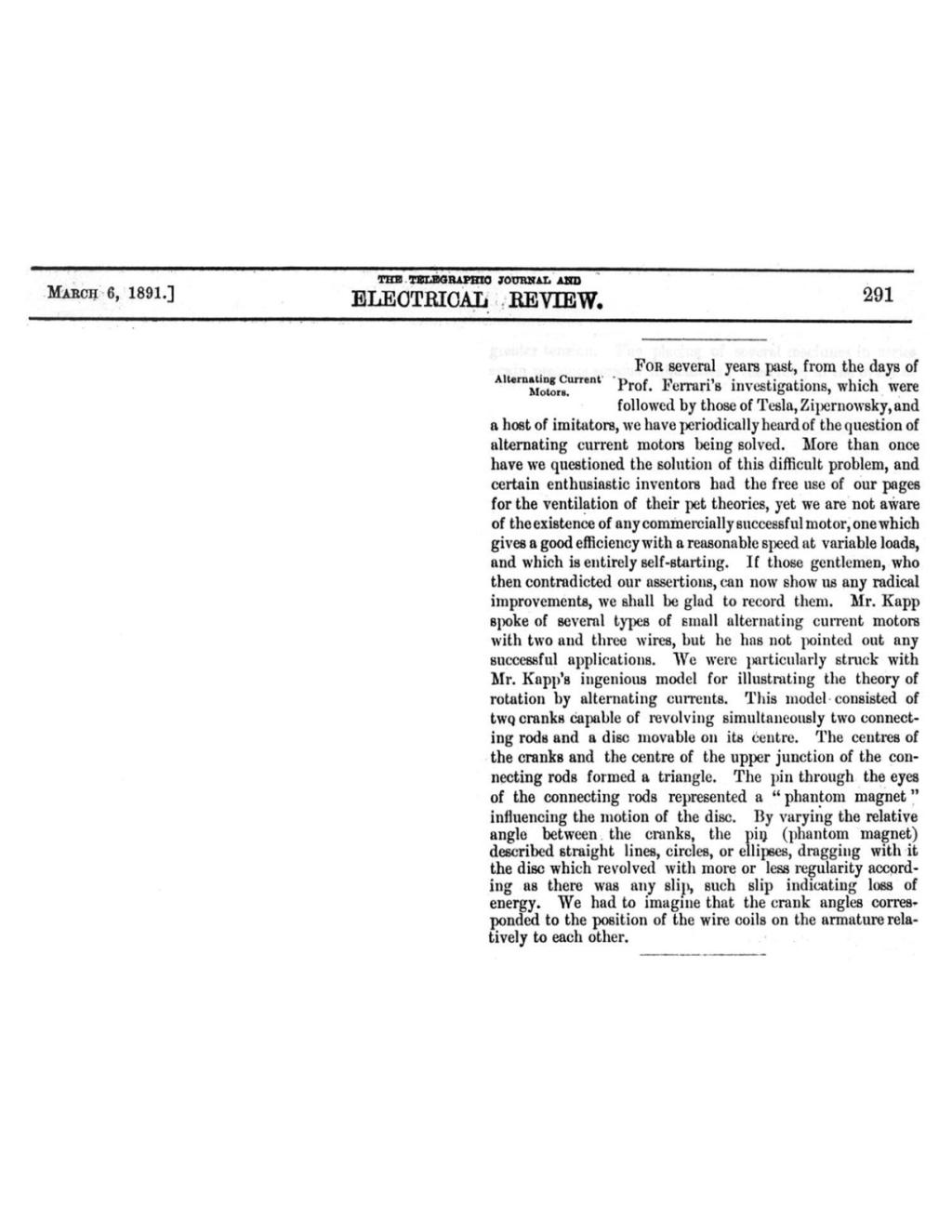