Artists and Men of Science

Some comments in your columns have credited me with a superficiality which is more than my due. In my letter printed in your issue of the 25th ult., I only spoke of the artist and man of science as of ideal types, and attempted to draw a distinction between their respective motives and endeavors.

Pleasure and pain are but states of consciousness, intensified thoughts, peculiar perceptions of departures from the normal conditions, calling for readjustment. They are not direct and real effects of physical disturbances, but rather results of ages of adaptation to the environment like sleep, which has been brought about through enforced periodical suspension of activities, owing to the earth’s diurnal rotation.

These mental states are indispensable to artistic but not to scientific performance. The artist’s effort is always one of feeling, involving his individuality; that of the man of science is one of reason, entirely impersonal. Think of a world without pleasure and pain and the incertitudes of human fate - it is a world devoid of art; but it can still be one of science, a world of superintelligent, all-knowing automata, fulfiling their duties with mathematical precision.

It would be, of course, absurd to say that any human creature could be indifferent to pleasure and pain. But in the perfect “man of science,” to whom my remarks applied, such states of consciousness if at all induced could not have their present evictionary significance, for being but illusions of the sense, they would be, as such, dispelled by the force of his reason, just as the fears and tormenting beliefs of childhood are dissipated by mature knowledge.

That the scientific mind is freeing itself steadily from delusive sense impression is undeniable. The future belongs to science and reason, not to artistic ideal. As the population increases and the resources are exhausted, more and more of the artist’s subtle power will be turned toward the useful and practical, and, ultimately, the creative effort of man will centre upon harnessing the energies of nature, until his control is so perfected and refined that the physical world obeys his mere will. 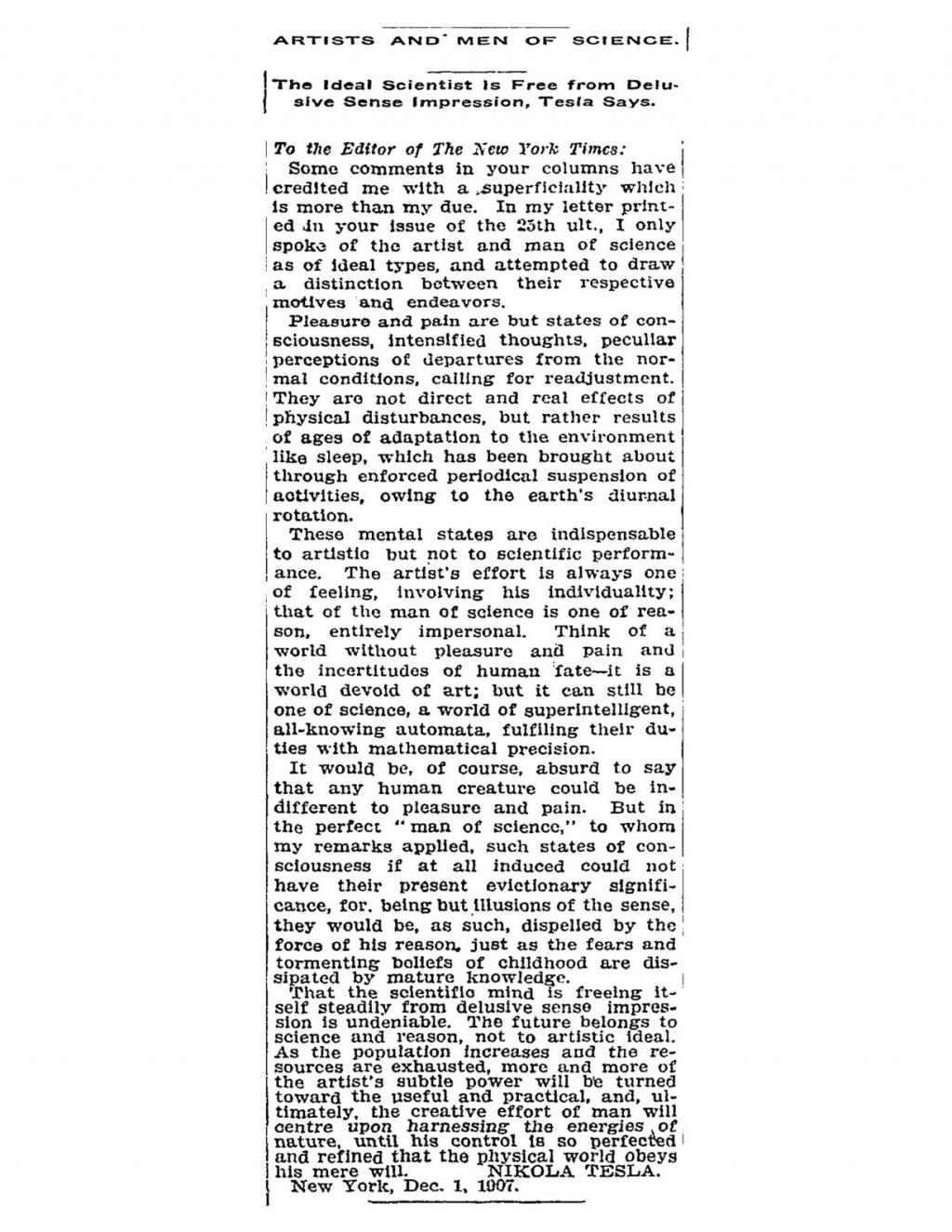