Progress in aerial navigation is essentially dependent on the perfection of a process of producing great mechanical effort with light machinery. Viewing the possibilities, near and remote, motive power is obtainable in four ways: - First, by transforming the heat energy of fuel in an internal combustion engine; second, by converting the electro-chemical energy of a primary or secondary battery in an electric motor; third, by harnessing, on the moving vessel itself, the energy of the surrounding medium and, fourth, by, transmitting to it without wires the electrical energy of a distant source.

The first two methods are based on the use of a store of energy, which must be carried and periodically refilled, thus limiting the speed and duration of flight. The last two imply a flow of energy to the flying machine from without, the supply being continuous and inexhaustible. They are therefore, immensely superior to the former.

Careful thought leads to the conclusion that the wireless method would be decidedly the best for the peace and welfare of men. But no matter how perfect the means for obtaining motive power, it will never be possible to go beyond certain rather narrow limits in aerial performance.

The atmospheric ocean is ideally adapted to travel, permitting, as it does, perfect freedom of movement in three directions, but the physical properties of the air make it rather unsuitable for navigation. It is a sticky or viscous substance, a hundred times more so than water, which means that it offers a relatively very great frictional resistance to a body in motion. Its small density is for many reasons detrimental to high efficiency of propulsion. Its compressibility, turbulence and perpetual unrest all cause additional specific losses of motive power. These properties forever preclude the possibility of excessive speed with reference to the surrounding air by the aeroplane as well as the dirigable balloon.

Making every allowance for future achievement, it is idle to expect that the record on land or water will be surpassed.

The question is frequently asked, Which of the two types, the heavier or lighter than air, is superior? No expert who has studied the subject thoroughly can be in doubt that the latter is by far the better of the two. The aeroplane has caught the public fancy, but such feats as those of Count Zeppelin will tell.

Many erroneous ideas relating to aerial flight have taken hold of the minds of the people. In view of this it may be useful to point out the following facts:- 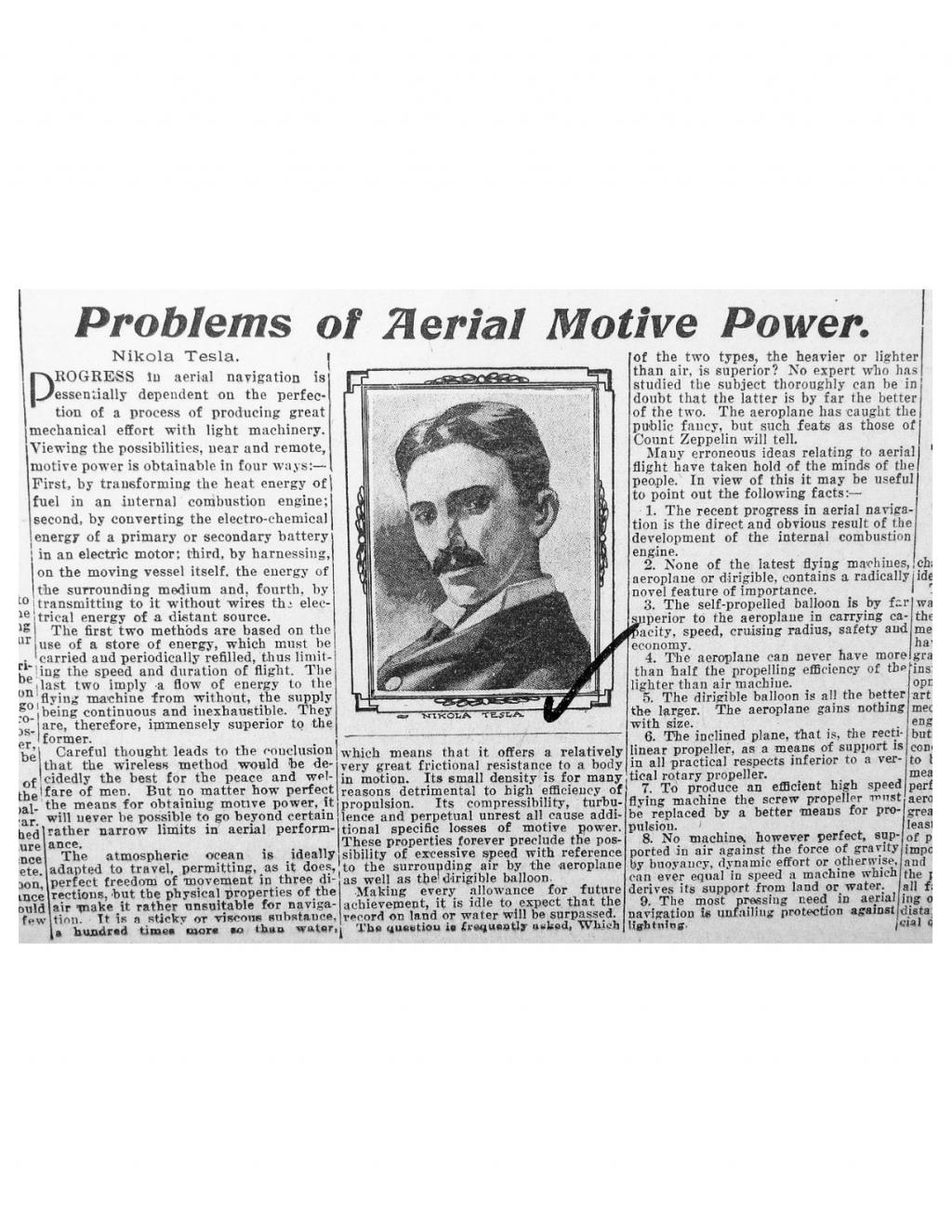