Of Wireless Apparatus He Meant to Say “Ineffective,” Not “Inefficient.”

The Times received last night from Nikola Tesla a letter saying the inventor wished to correct a statement in his forecast of the possibilities of wireless, published in The Times of yesterday morning, when he was quoted as saying that the apparatus used by the American Telephone and Telegraph Co. to talk from Arlington to Hawaii was “inefficient.” The inventor wrote that he wished to say that the apparatus was “ineffective.”

“Although I can guess the character of the apparatus which was employed in projecting the human voice through 4,600 miles of space,” Mr. Tesla wrote, “I am unable to judge of its efficiency, but from the technical particulars available I know that the plants are ineffective, inasmuch as they would have furnished currents of much greater volume and tension had they been differently designed. Incidentally, they would then have been immune against static disturbances, unfailing in their operation and adapted to secure secrecy of messages.

“In calling attention to this fact I have meant to give testimony to the excellence of the means of control and magnification resorted to by the experimenters. Had the same devices been used in connection with plants designed for maximum effect the results would have been such as to cause a most profound sensation and to stir great commercial interests all the world over, perhaps to the point of powerfully effecting and hastening the finish of the awful struggle in which nations of the earth are now engaged.” 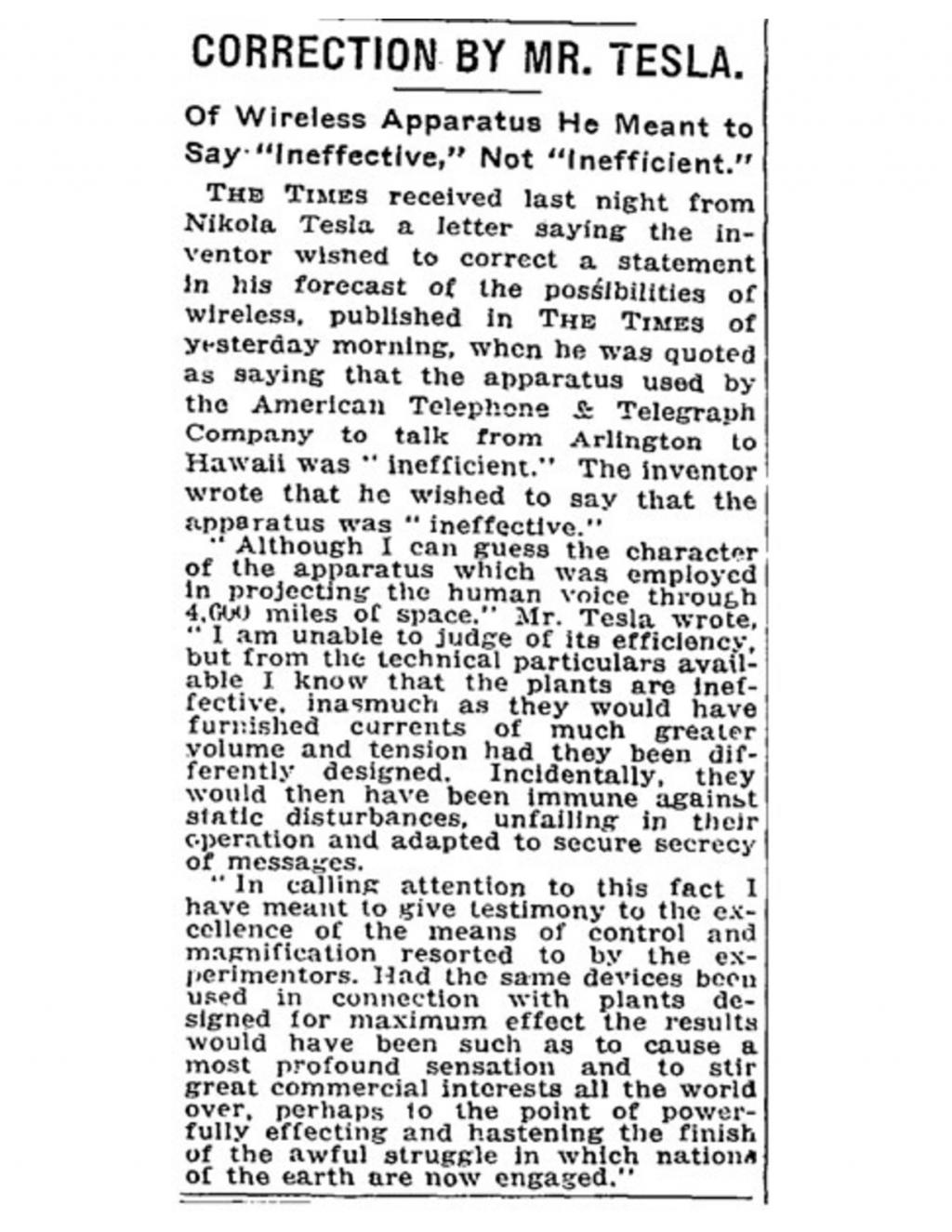