For the first time in a number of years, Dr. Nikola Tesla, scientist and inventor, who is 82 years old today, is postponing his annual birthday party for the press so he may complete a mechanical therapeutic device for public demonstration.

Dr. Tesla said yesterday he hopes to have his apparatus completed within two weeks, and then will give a demonstration to the press.

For the last forty years Dr. Tesla has been the storm center of scientific controversy. Recognized in the early part of his career as the father of modern methods of generating and distributing electrical energy, and pre-dating even Marconi in his experiments with wireless, Dr. Tesla has been decorated by many governments for his accomplishments. In recent years, however, it has been his custom to announce at his annual parties the perfection of inventions which some scientists have challenged as fantastic.

The therapeutic device, Dr. Tesla said yesterday, is an improvement of an invention he perfected many years ago before his famous laboratory burned, about 1895. He said it will cure many internal disorders. He used it to advantage on his friend, Mark Twain, Dr. Tesla said.

“One of these devices in every newspaper office and the proverbial ‘editorial grouch’ will be gone,” the inventor predicted.

He also expects to announce this year the perfection of another invention — outside of the field of electricity — that “will benefit the $1,000,000,000-a-year poultry industry,” Dr. Tesla said. It will improve the size, quality and quantity of eggs and chickens, he stated.

Dr. Tesla lives on the thirty-third floor of Hotel New Yorker, where, in one large room crowded with plans, boxes and technical references, he conducts his experiments and research. 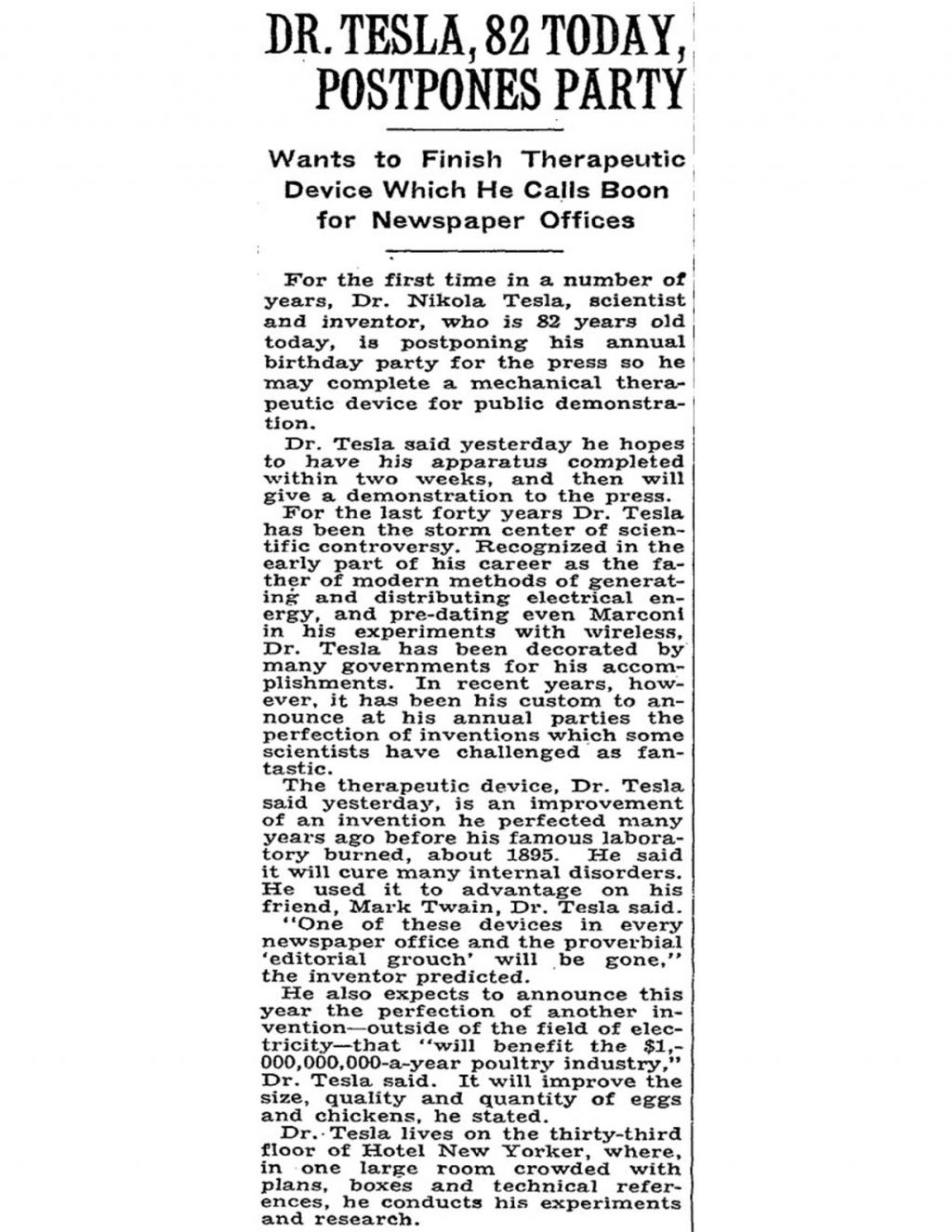