A more original genius than Edison, veritably a wizard, is his young disciple, Nikola Tesla, who was born in Servia, and found employment with Edison on landing in America. For small electric lights he dispenses with the filaments inside the bulbs, and makes dilute air do their work. He sends currents of high tension through space, without any conductor, at a voltage many times greater than that employed in electrocution. He receives in his person currents vibrating a million times a second, of two hundred times greater voltage than needed to produce death. He surrounds himself with a halo of electric light, and calls purple streams from the soil. His experiments are of the utmost promise to the industrial world. His aim is to hook man’s machinery directly to nature’s, pressing the ether waves directly into our service without the intervention or the generation of heat, in which such an enormous proportion of the energy goes to waste - 90 per cent in arc lighting, 94 in incandescent. - Pres. Andrews in Scribner’s. 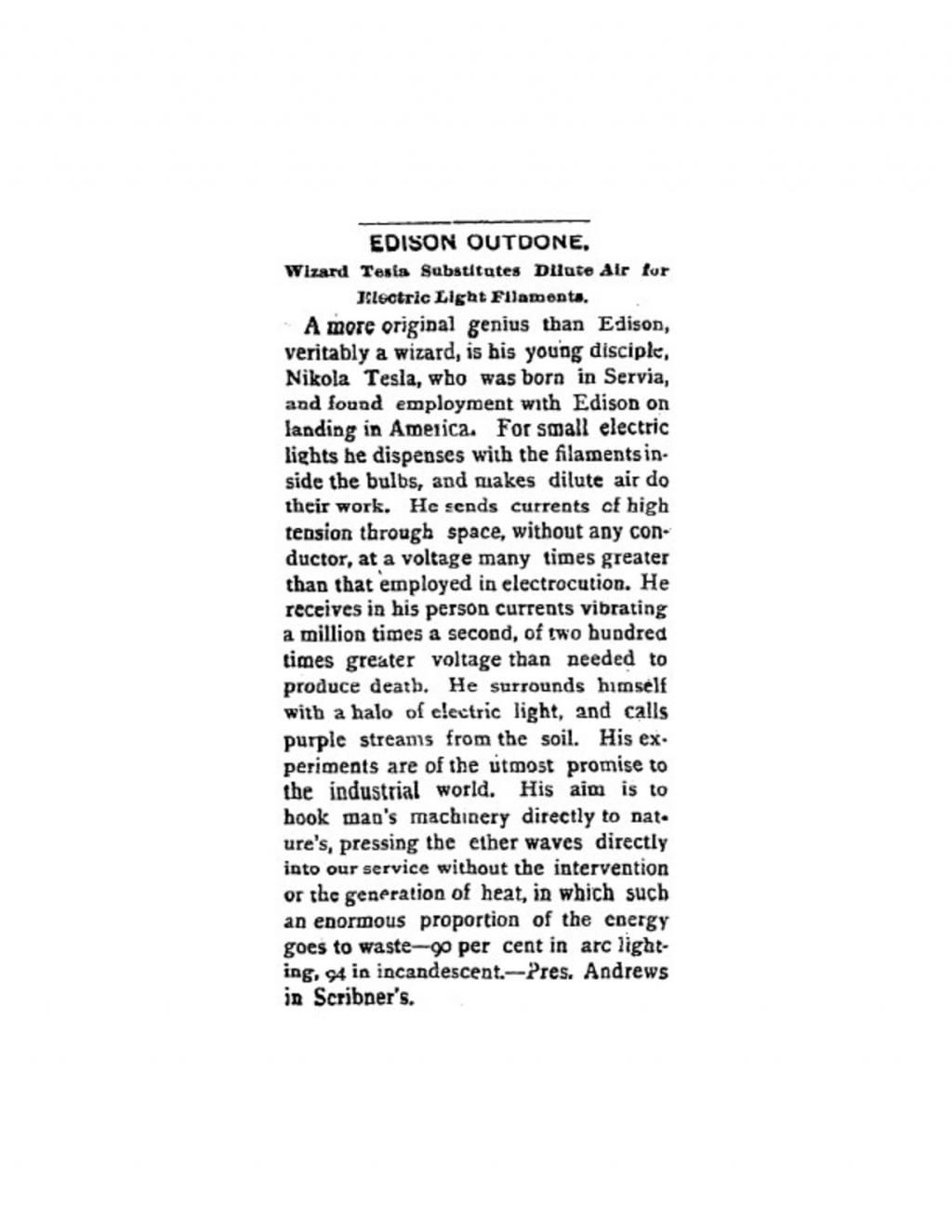