A bronze bust of Nikola Tesla, U.S. electrical engineer and pioneer in the field of electric motors and radio communications, now graces the entryway to Davies Auditorium in the Becton Engineering and Applied Science Center, 15 Prospect St.. This is the second time the Croatian-born inventor has been honored by Yale. In 1894, he received an honorary degree from Yale along with several other 19th-century leaders.

The Tesla sculpture was funded through a letter-writing campaign by a classroom of third-graders in Ann Arbor, Michigan, under the leadership of their teacher, John Wagner, who presented the sculpture to Yale on April 21. The students practiced their penmanship by writing letters to more than 100 American corporation leaders seeking donations.

D. Allan Bromley, dean of Yale engineering, noted that Tesla’s discovery of the rotating magnetic field in 1888 enabled him to invent and patent the first practical system for generating and transmitting alternating current. The discovery made it possible to transmit electricity long distances, surpassing the range of direct current transmissions. Tesla’s many inventions included high- frequency generators for electric motors, 1890, and the Tesla coil, 1891, a transformer important for radio communications.

The American rights to Tesla’s epoch-making inventions were bought by George Westinghouse, who demonstrated the system for the first time in 1893 at the World’s Columbian Exposition in Chicago. Two years later Tesla’s alternating-current motors were installed at the Niagara Falls power project.

The inscription on the granite stand beneath Tesla’s sculpture reads: “His name marks an epoch. In a single burst of invention he created the polyphase alternating current system of motors and generators that powers our world. He gave us every essential of radio, and laid the foundation for much of today’s technology.” 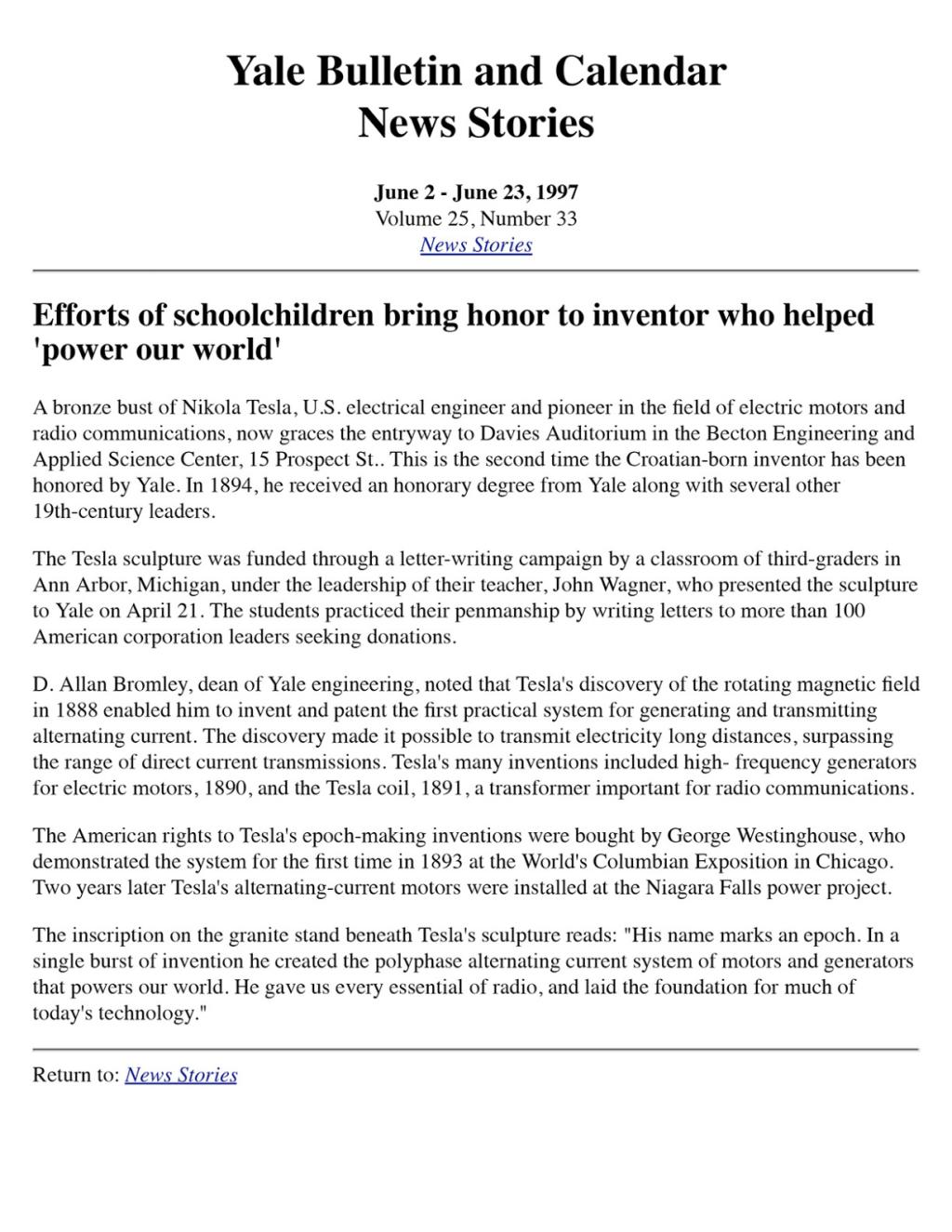