As was to be expected, the lecture delivered by Mr. Tesla in which he describes the illuminating effects observed in vacuum tubes, has called forth a number of communications from other experimenters who had, it appears, been working in the same direction. Mr. Tesla, it will be remembered, has succeeded in obtaining the effects observed by the employment of very high potential combined with a very high period of alternations, and ascribes the results as due almost, if not entirely, to electro-static action. Prof. J. J. Thomson, in his study of those phenomena, is led to the conclusion that luminosity in tubes without electrodes can be produced by electro-dynamic as well as by electro-static action. In proof of this he cites an experiment in which the electro-static action was ostensibly screened by covering the tube with wet blotting paper. It would seem doubtful, however, whether the precautions taken were sufficiently complete to avoid any electro-static action whatever, and for lack of further proof on this point final judgment may well be suspended. However, Prof. Thomson’s experiments certainly show that the effects apparently produced by electro-dynamic action are greatly inferior to those due to electro-static action, and in this he bears out the point insisted upon by Mr. Tesla, that it is to the latter that we must look for the most efficient light production. 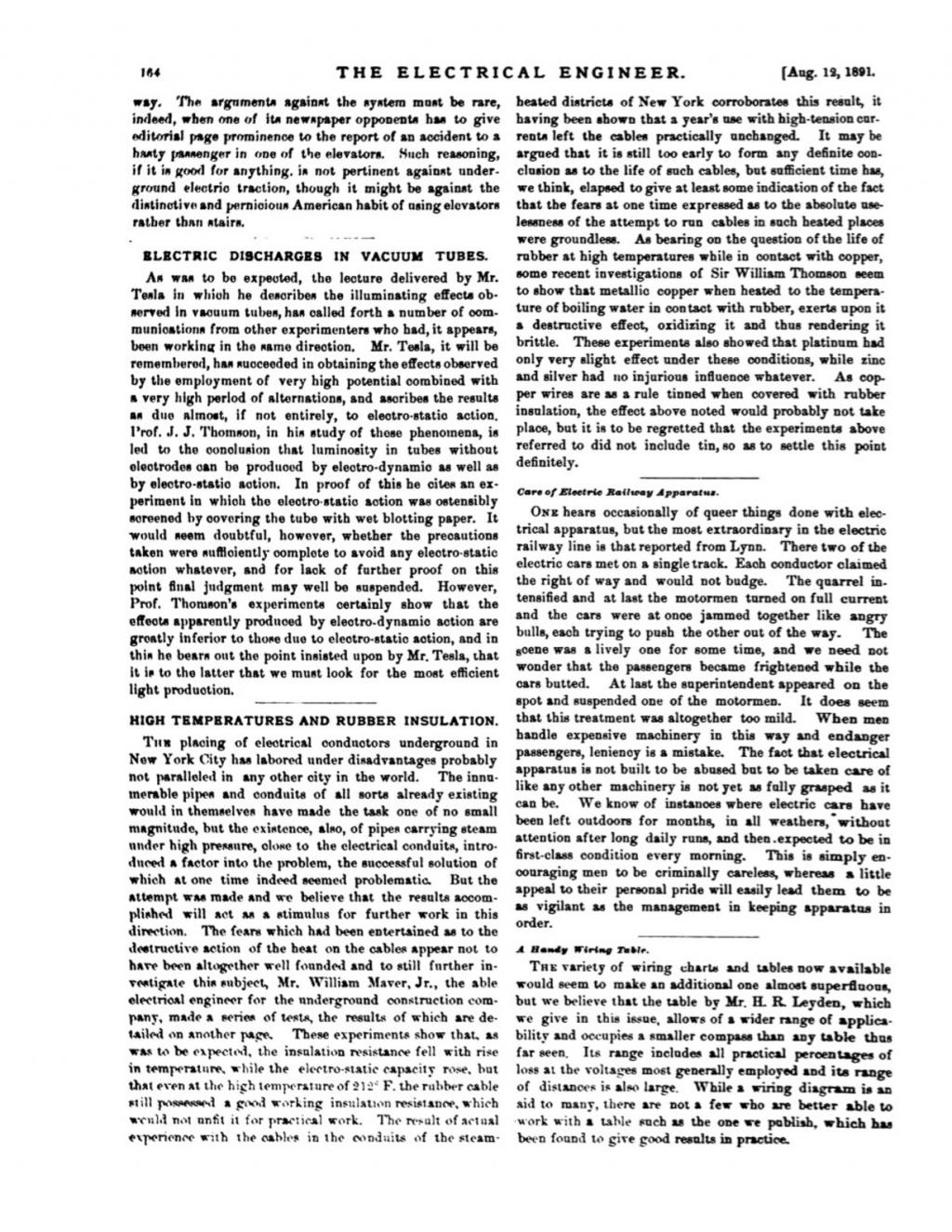