Nikola Tesla Writes of the Interesting Possibilities of This New and Successful Device of Animal Trainers in Europe.

How the "Electric Subjugator" Shocks a Lion into Submission When He Attacks the Trainer in His Cage.

To the Editor of the Journal:

It seems to me that there are interesting possibilities in the training of animals by electricity. Of course, it’s rather out of my province, but the idea of the electrical subjugator appears feasible when one knows the power of electricity and the instinctive fear that brutes have of the unknown. And the electrical method seems more humane than those I believe are in use — the whip, red hot irons, and drugs, which are likely to do permanent injury, while the physical effects of an electric shock are soon gone, only the moral ones remaining. 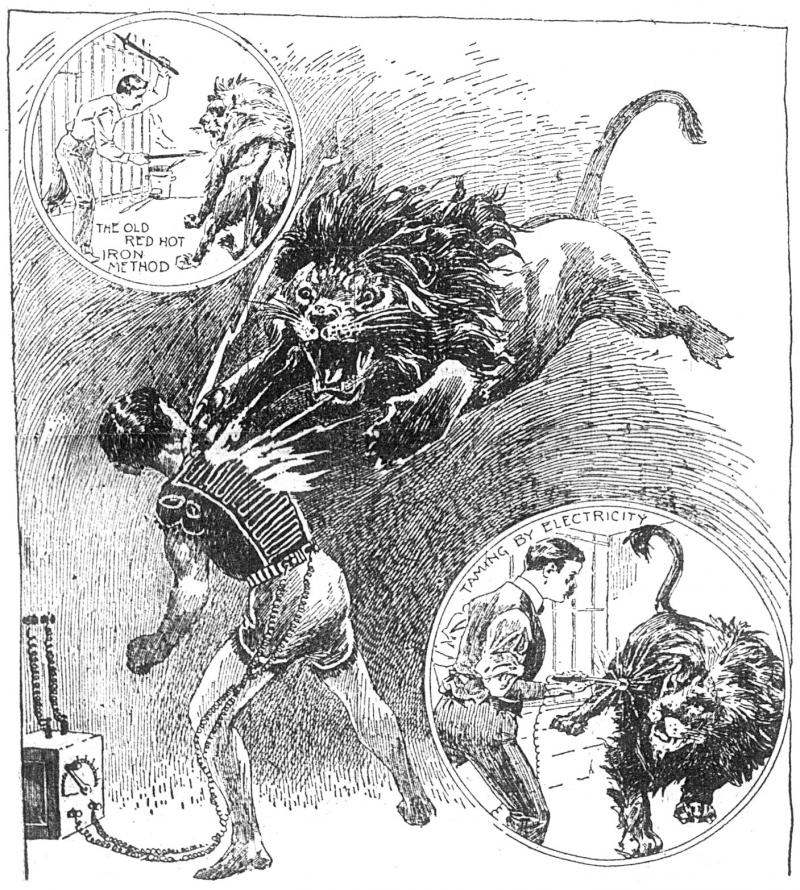 The subjugator referred to will do the work, but I think an apparatus could be designed that would be less dangerous to the man. I do not desire to be understood as giving the matter deep thought, but believe that if instead of the armored backpad, the trainer used a wand, with two prongs at one end, better results would follow. This wand would be connected with the supply cables and could be applied to any part of the animal’s body at will. Its operation would be precisely the same as the subjugator here illustrated, the two prongs supplying the positive and negative poles of contact found in the flattened wires. With this wand an animal could be simply shocked, stunned or killed, as required.

To cure animals of jumping at men in cages, a screen of stout but flexible wire could be stretched between the trainer and his subject, the wires to be alternately positive and negative, and connected through the regulator with the dynamo. After a couple of springs which would hurl him half insensible back into his corner, the taste for unexpected jumps would leave the brute.

The following article appeared with the above. — Editor

Science has come to aid the lion tamer in subdoing the wild beast. The red hot iron will, in future, be cast aside as unnecessary and out of date. Live wires, surcharged with electricity that baffle the lion’s fiercest assaults, and burn and maim him badly have taken the place of the lash and scorching iron. A lion tamer of Austria, Louis Koemmenich, has been the first to call in the assistance of the lightning to subdue wild beasts.

Koemmenich has invented what he calls the electrical subjugator. This is a shield of electric wires that fasten on the back of the lion tamer and are connected with a dynamo by a wire coil of sufficient length to allow Koemmenich to move around the cage.

In his hand he will carry a charged metal ball on an insulated handle, to be used as the red hot iron was in former days.

The dynamo is operated by an assistant outside of the cage.

Should a lion show a disposition to leap on Koemmenich, he invites attack by deliberately turning his back to the lion and apparently encouraging the onslaught. When the beast springs his paws come in contact with the electric shield, and he receives a shock of 1,500 volts from the dynamo.

The operator can, if necessary, increase the voltage so as to shock the animal to death.

Thus far the device has worked like magic. One dose of lightning is sufficient for the average lion. Whips and even hot irons they have dared, but no animal has yet troubled Koemmenich after receiving into its body 1,500 volts from the electric subjugator. Whenever Koemmenich enters the cage after an encounter with a lion that has run against the electrical subjugator, he will cower away into a corner of the cage, and never need any further punishment. 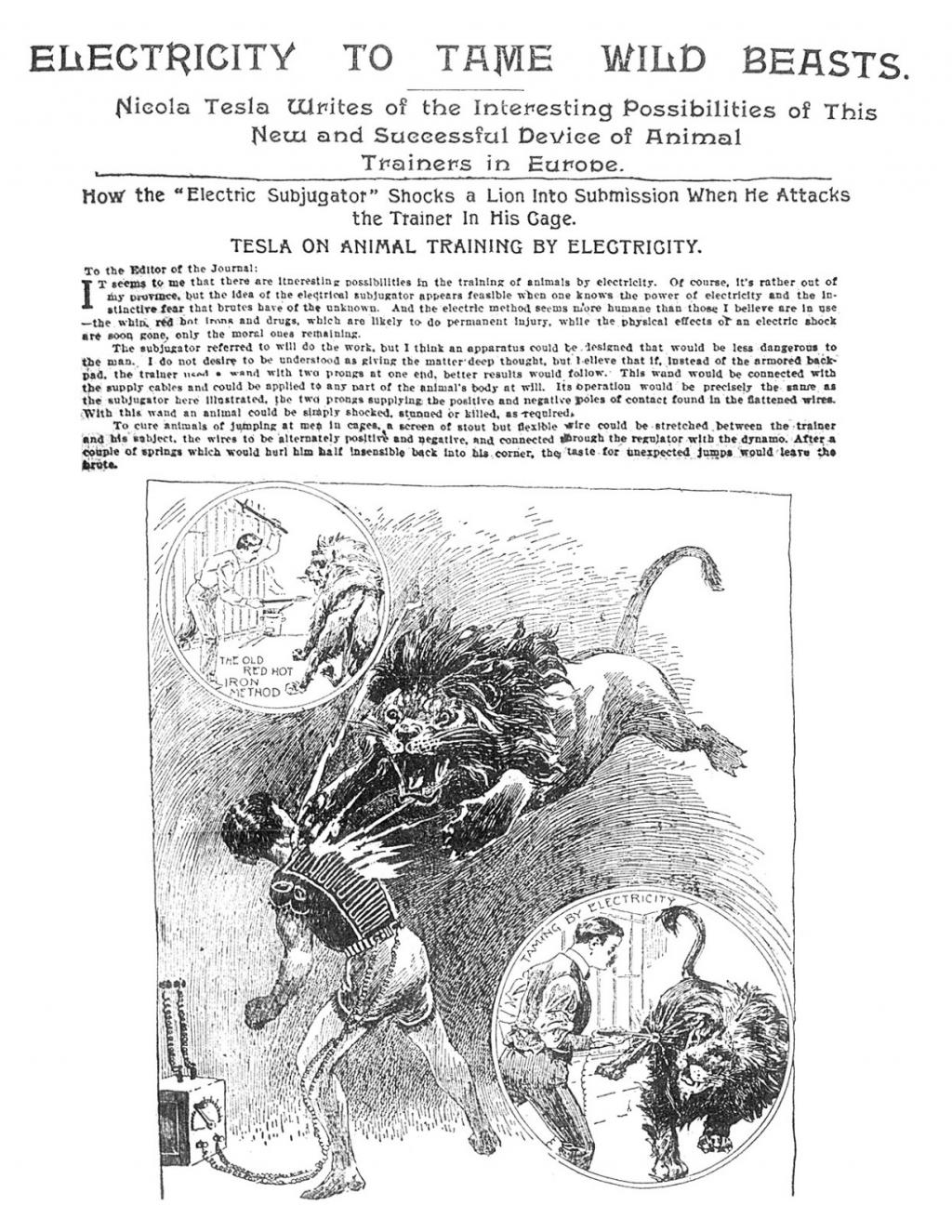