Shoreham — Much of what was done here by Nikola Tesla — the Croatian-born scientist who helped make electrical generators possible — has faded from memory.

But, about a month ago, a volunteer fireman stumbled across something Tesla is believed responsible for — a brick-lined hole that some people suspect is part of a network of underground tunnels built by Tesla around the turn of the century, at the same time he built a 200-foot-tall research tower.

“It's my recollection that, in connection with the tower he erected on the site, that... underground he installed other facilities, including a great deal of copper wire,” said former Brookhaven councilman Robert Reid, who lives in Shoreham and 10 years ago helped make the old Tesla research station the town's first historic site.

The research station is now owned by Peerless Photo Products Inc. The company's maintenance manager, Harold Juman, told fire department officials in a letter that the tower might be “part of what was a catacomb system originated by the inventor Mr. Nikola Tesla.” Juman said the company was unsure of where all the tunnels were or what they were used for, but he said they were thought to have caused several cave-ins in the area.

The old laboratory and the catacombs are located just west of the fire department substation.

One local resident, Walter Gehlert, said he remembers looking into a deep hole in the ground in the early 1930s, when he was considering buying the old Tesla property for use as a poultry farm. “I saw a hollow in the ground, like a tunnel going straight down,” Gehlert recalled.

The fire department asked Brookhaven Highway Superintendent Harold Malkmes to fill in the hole, and Malkmes said he would do so as a safety measure. But he added that, if any serious researcher is interested, he would first excavate the hole to see what it is.

Tesla held the patents to the basis designs for electric motors and generators, and designed the giant turbines that were first used to harness electric power at Niagara Falls in 1893. He died in poverty in Manhattan in 1943 at the age of 87. 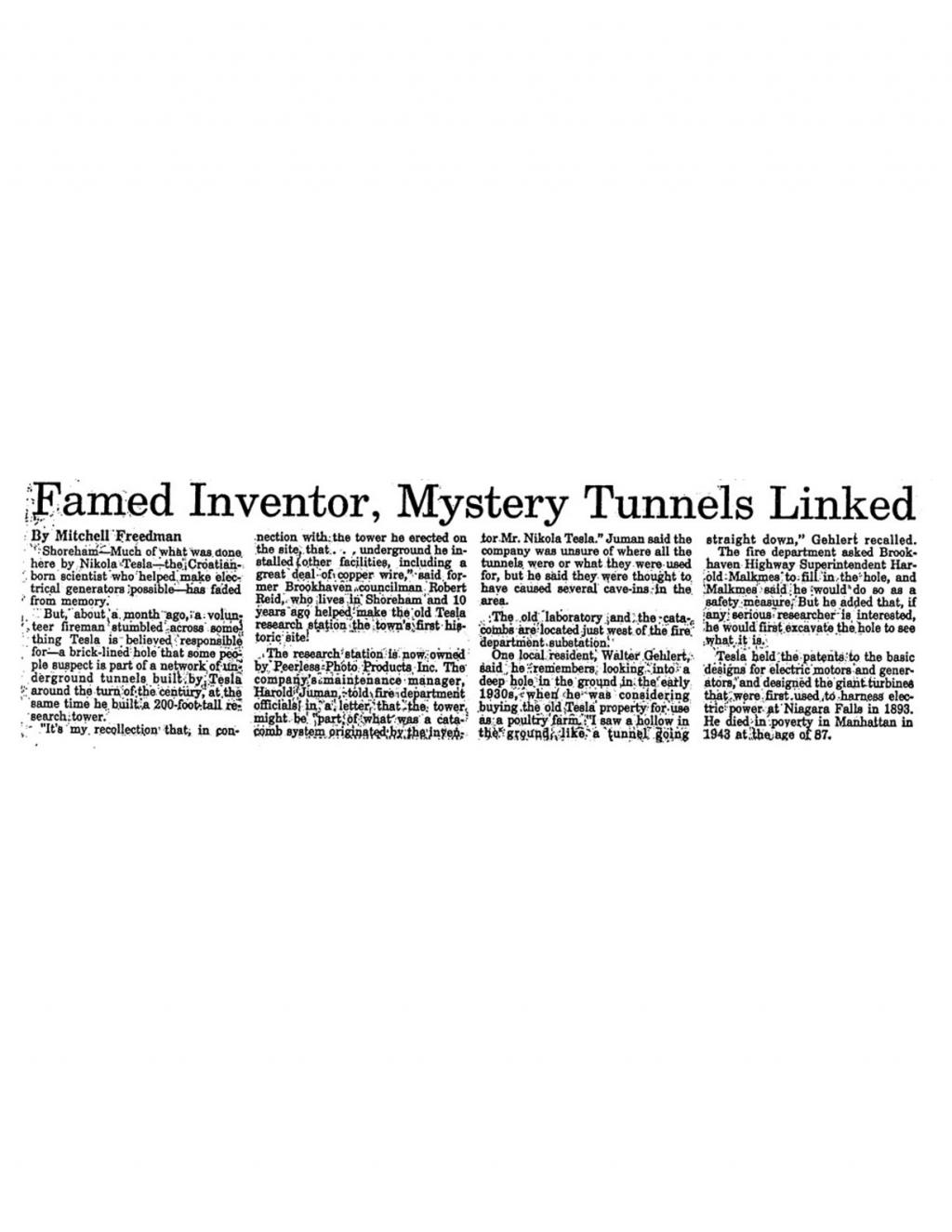