What Nikola Tesla said on his birthday about the possibilities of sending electric power to other planets is likely to seem to most persons no more than a fantastic dream. For centuries, indeed, interplanetary communication has been one of man's most fascinating and persistent dreams, each advance in aeronautics and radio seemingly bringing nearer its realization. Tesla's admission that be has developed a means which will enable man to transmit electric energy from this globe to another planet may arouse anew all the old speculations about what kinds of living creatures, if they inhabit other worlds in space.

A few moments sober thought on the problem of sending power waves to another planet leaves the lay mind baffled as to how the enormous difficulties ever can be overcome. Assuming that energy from dynamos on earth could be thrown through space millions of miles to Mars or to Venus, man has no assurance whatever that any living creatures on those planets will know where the power comes from. Perhaps it would strike the other celestial body like lightning out of a clear sky.

Surely there is not the slightest reason for mankind to believe that the creatures which may inhabit Mars, for instance, have progressed far enough in mental power to create electrical apparatus. This idea supports the doubt that another planet could reply to any communication it received from the earth. Further speculation on this aspect of the problem leads to a possibility even more discouraging. Perhaps life on Venus or on Mars, if any exists there, is in an early stage of evolution and is no more aware of the universe in which that globe moves than an ant crawling on earth is aware of the human world. It is almost inevitable that mankind should imagine the creatures of another planetary body to be of human proportions and with human faculties; yet the primordial heritage of man may make him unique in the universe so that communication with creatures of another globe would be as unthinkable as any intelligible human communication with the fish of the sea.

Some definite response is what man on earth would most earnestly seek from any other living creatures in the universe. Merely sending waves of power to a dead moon would give slight satisfaction, however marvelous it might be from a scientific standpoint. But suppose communication with Mars actually was achieved, what would be the most desirable kind of response? Perhaps the thing that would satisfy man's intensest curiosity concerning life on Mars would be a radio photograph of a Martian. 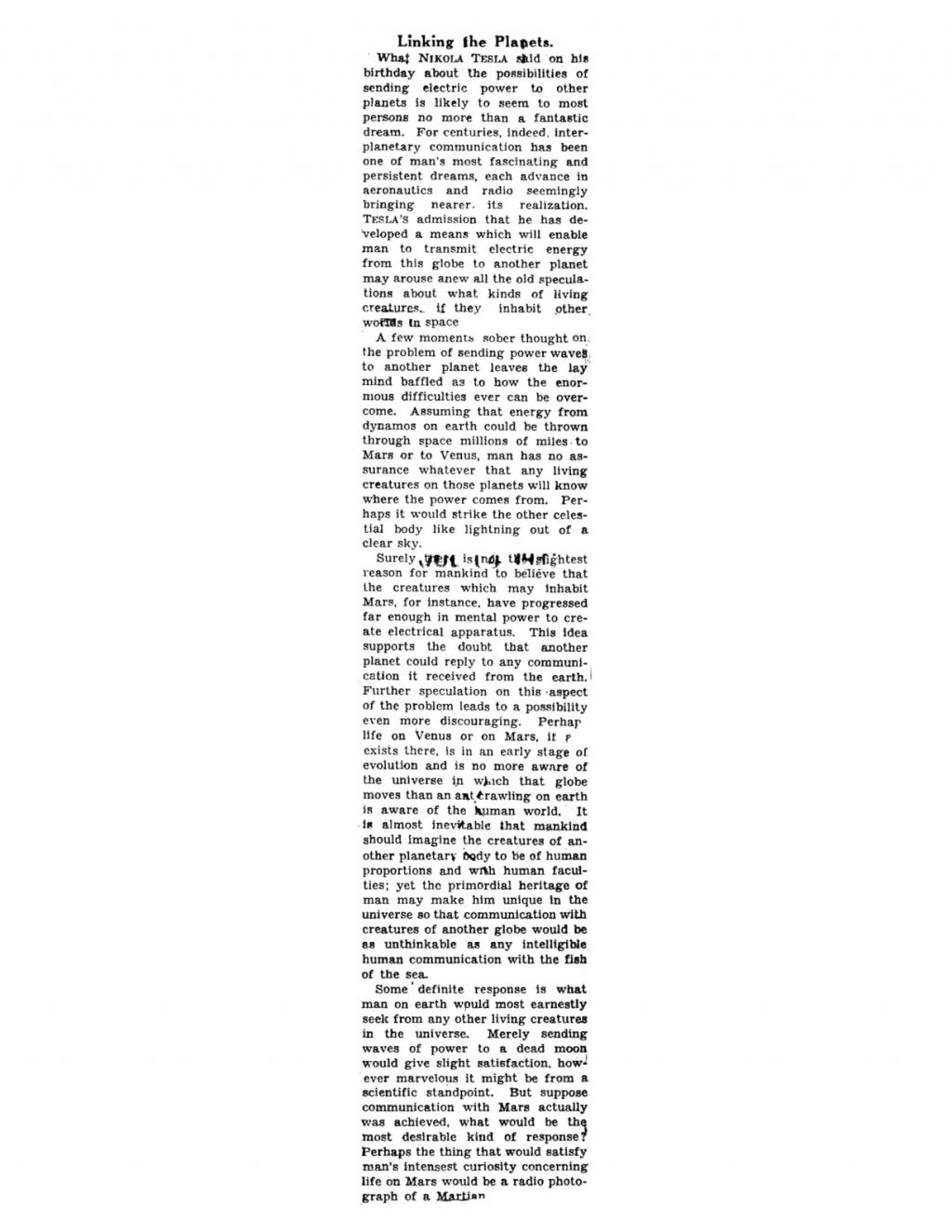