Mr. Tesla, the Man Who Made Work Easier

The eyes of this man — Nikola Tesla (left) — saw the world of the covered wagon, into which he was born, turn into today’s world of electricity, radio, and electronics, all within his lifetime. Other men also saw the change — and marveled at it. Tesla was not amazed: He planned it. He engineered it.

This month, engineering and scientific societies observe the 100th anniversary of the birth of this man who changed the world. Tesla was born about the time that sailing ships reached their peak — in the clippers. Before he was 40, he had invented the AC motor and long-distance transmission of electric power. By these two things alone, he made thousands of jobs easier everywhere — at home and at work. He also discovered many principles of radio and electronics. And even thought that he could broadcast power (as radio and TV are broadcast today).

Because of the vast change he made in the world, Tesla may be said, as much as anyone, to have “invented” Today. His life and work are shown below. 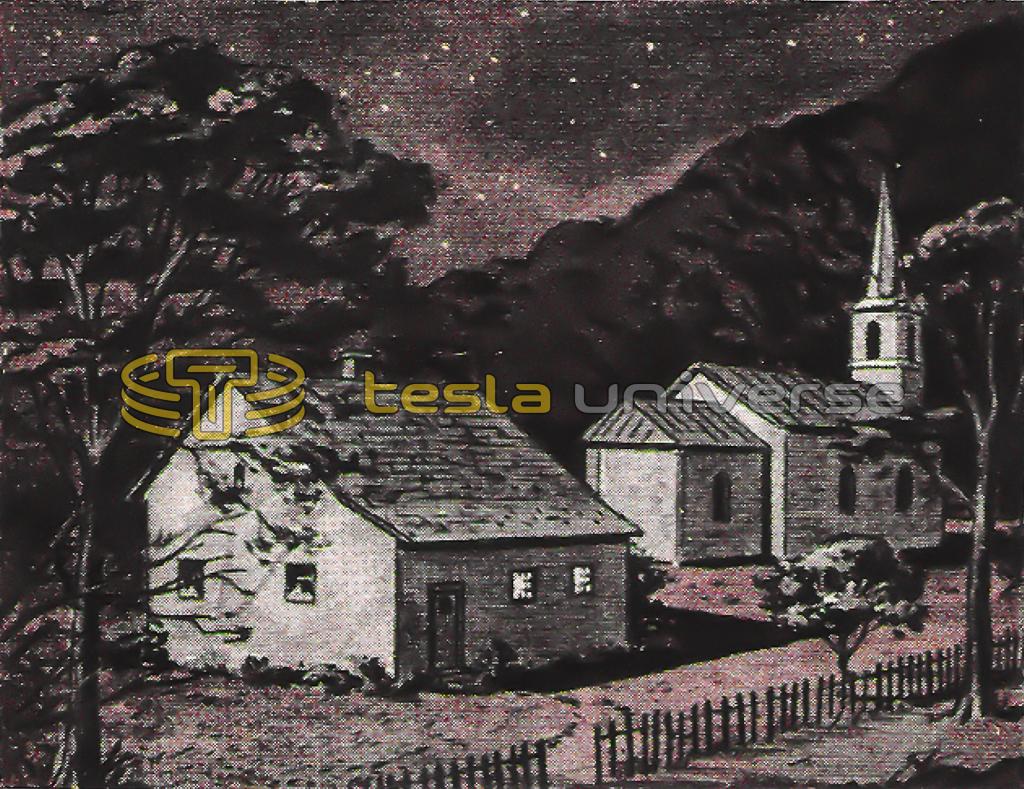 1856 Nikola Tesla was born at midnight, July 9-10, in Smiljan, Croatia (now part of Yugoslavia). Little is known of his father. His mother could not read or write. But she could use her mind: She recited dozens of long poems and mechanically improved such household items as churns. Nikola showed flashes of scientific intuition from his early boyhood. 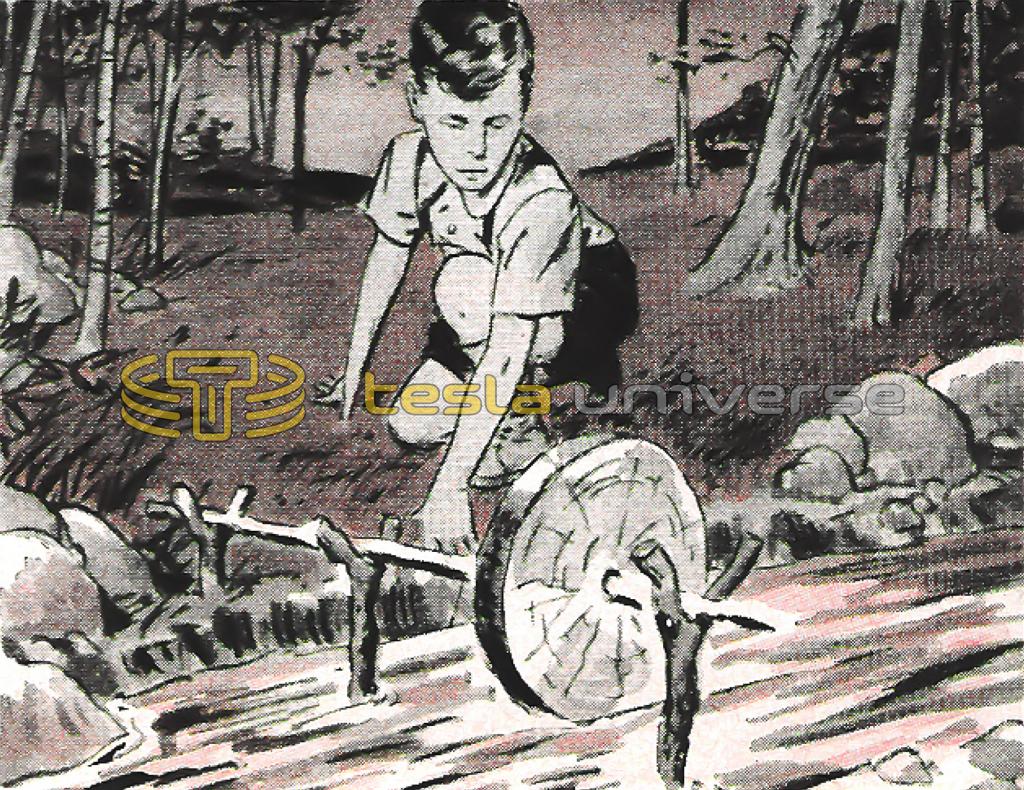 1857-60 In a world where 25 men scrounged a living with their muscle for every one who made a living any other way, Nikola, before he was five, played with another source of power. The use of wheels to harness water power was as old as history. From the disk of a tree trunk he made one, set it up as shown and watched as the current’s force turned it. 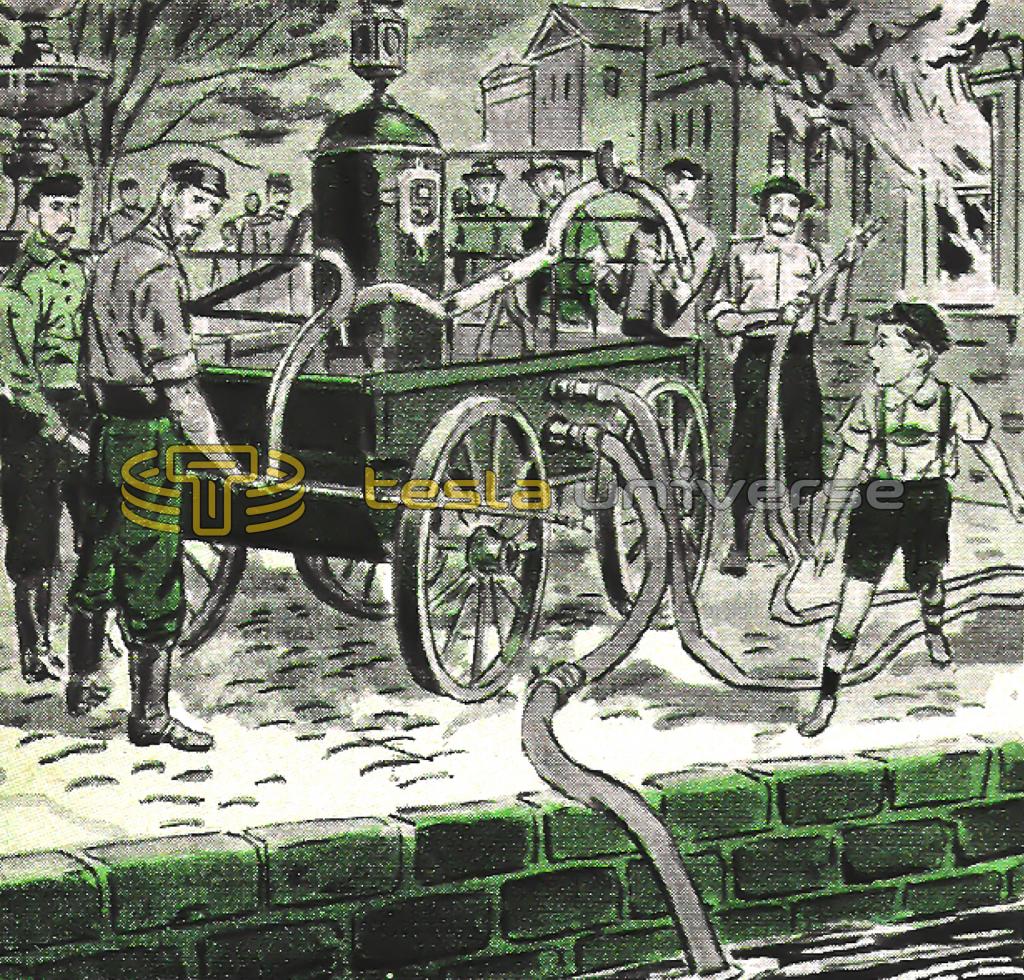 1850s-60s In America, some men hauled carts by hand from the Missouri River to Salt Lake. Horses worked just as hard: The Pony Express raced mail from St. Joseph, Mo., to San Francisco in 10 days. In Croatia, Nikola, seven, saw a fire engine that wouldn’t pump water. Intuitively, he diagnosed the trouble. He dived into the river and unkinked the hose. 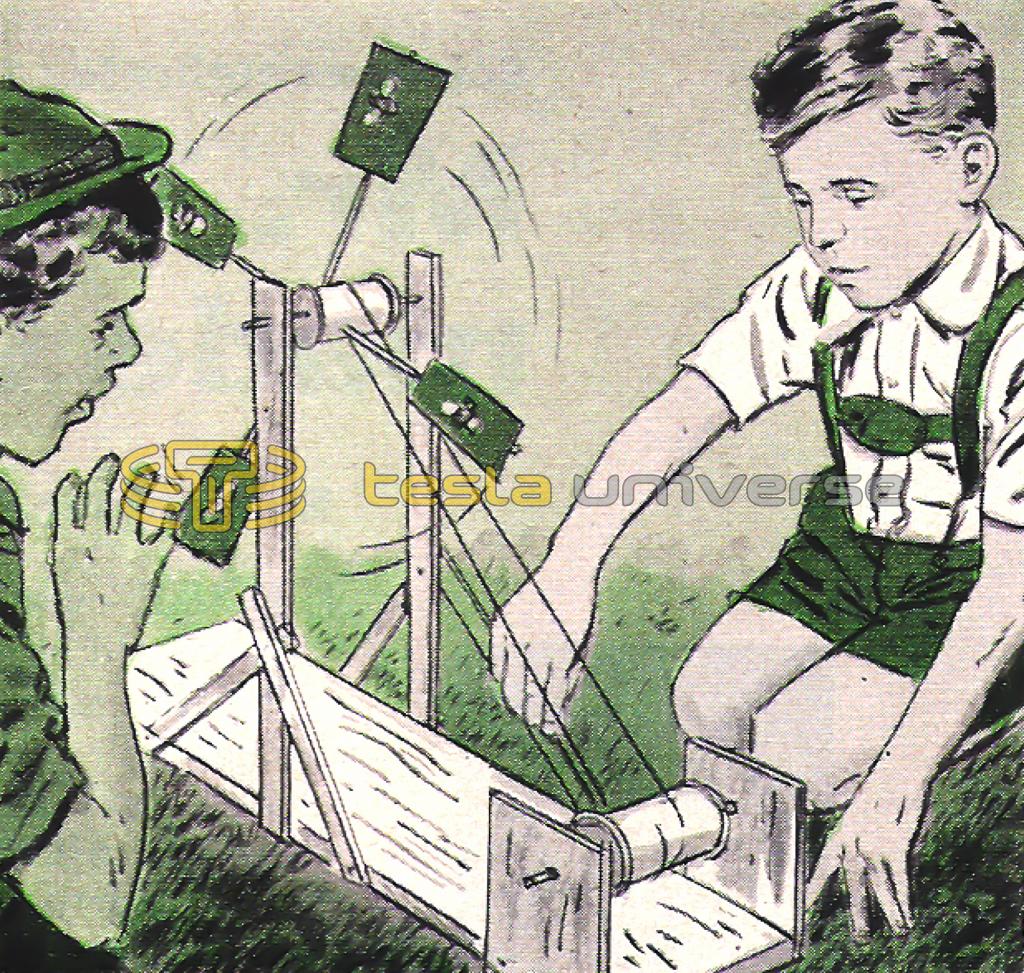 1865 The world struggled with a new power — inefficient, dirty, hissing steam. In four years men would complete (by hand) a track across the U. S. Tesla, nine, struggled with another power: He made a tiny windmill, glued four June bugs to the blades. Their beating wings turned the blades, and a spindle. He dreamed of a 100-bugpower machine but never built it. 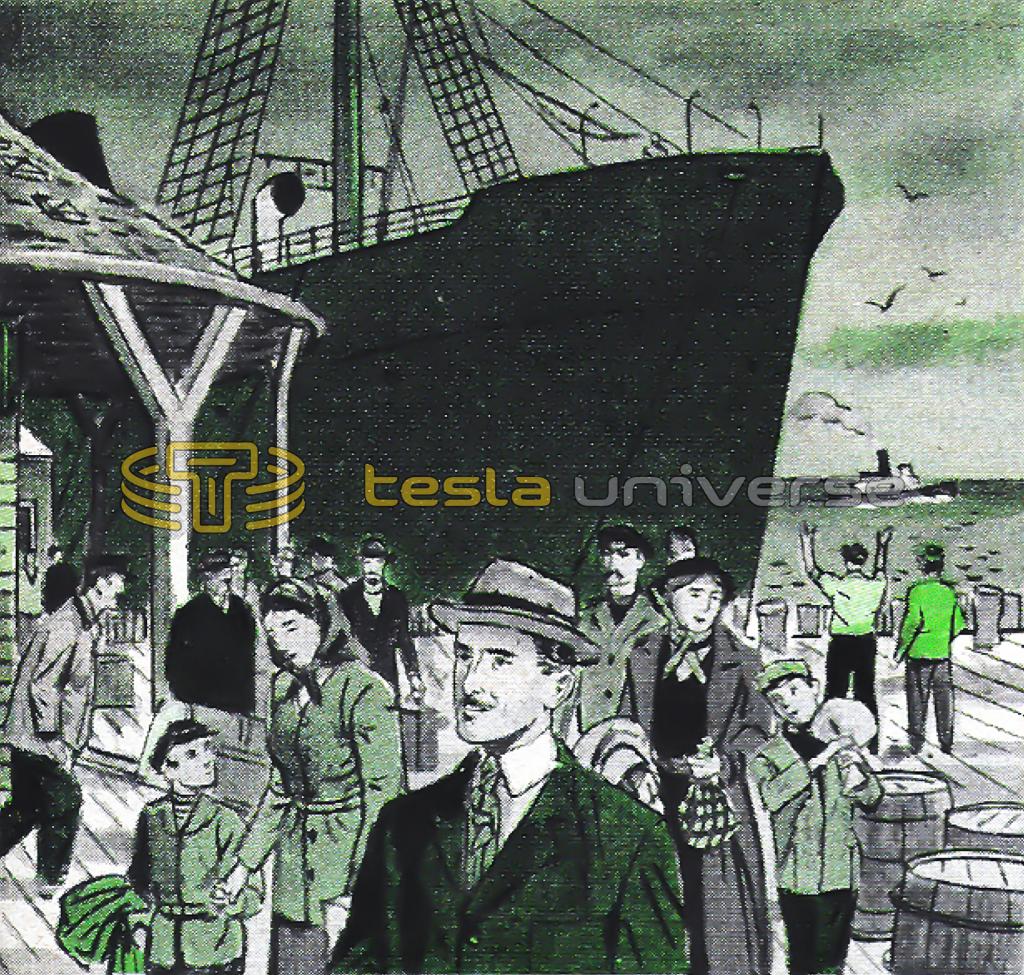 1884 “No more will men be slaves to hard tasks,” Tesla said. “My motor will set them free.” But no one would give him financial backing. He sailed to the U.S., lost his baggage, his model — all but four cents. But of all the 518,592 immigrants who arrived in ’84, he would change the country most. His mind carried all the plans for making it possible. 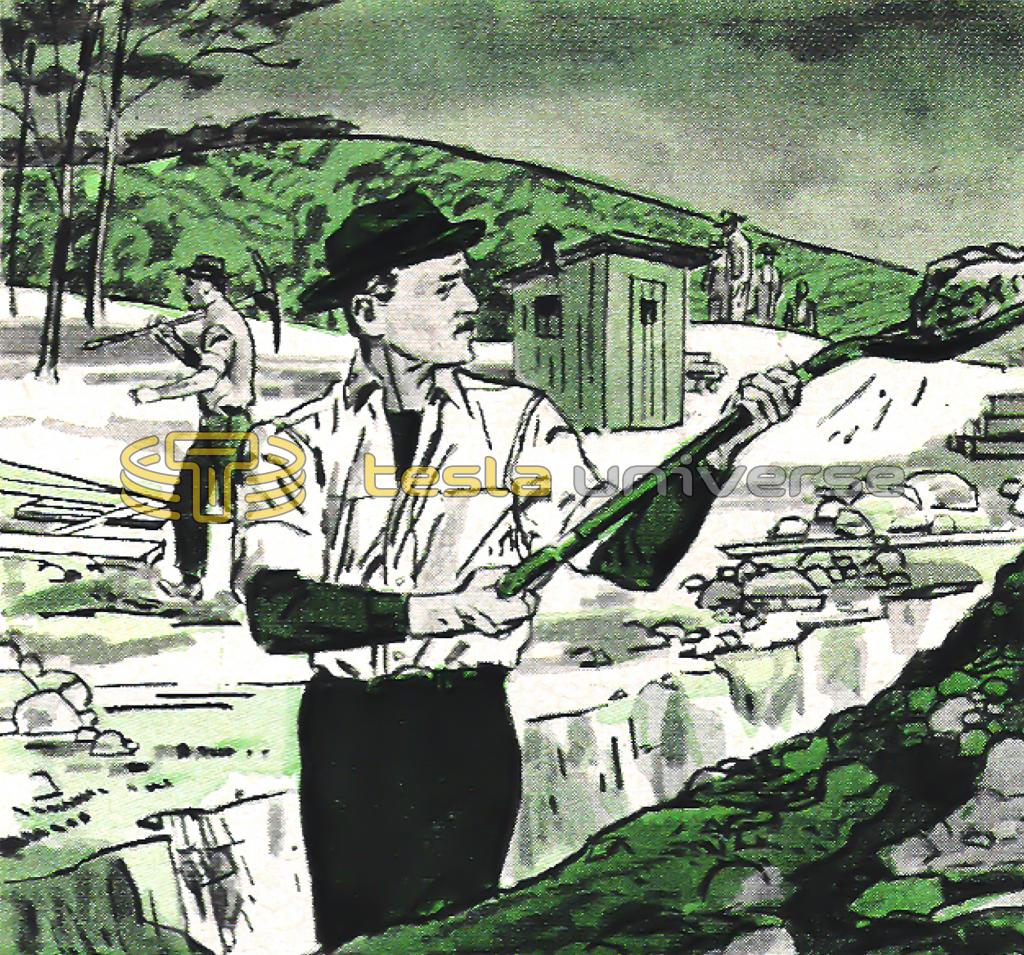 1885-87 Tesla met and worked for Edison. But Edison was no readier for AC than Europe had been. The arguments were vigorous. Tesla and Edison described each other’s mentality as low. Tesla quit his job with the inventor. Soon he was reduced to the drudgery that the world was full of. He became a day laborer and went to work as a ditchdigger. 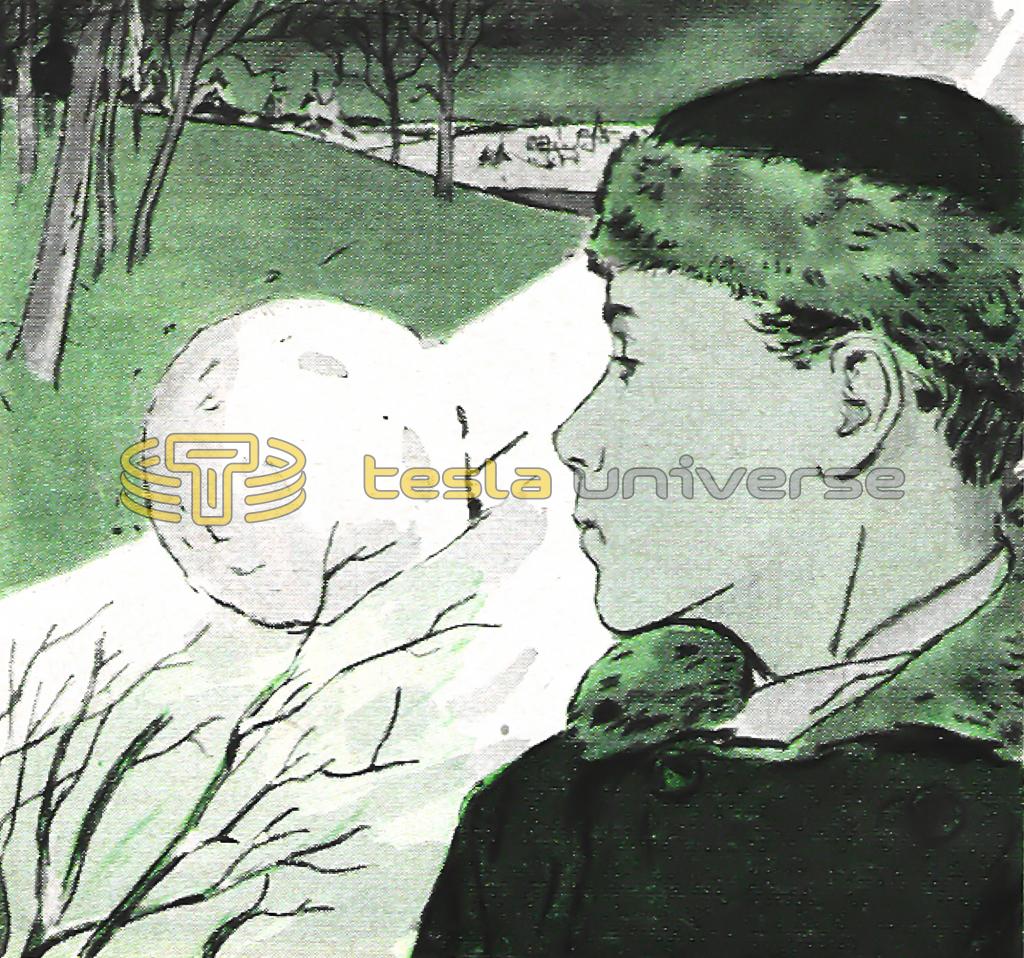 1866-80 Steam power spread. An engine reached Croatia. Nikola, about 14, saw it — the first man-made source of power he had ever seen. He also saw a snowball, rolling downhill, become an avalanche. He noted that accumulated ounces of snow had turned into a great, moving power. He saw a picture of Niagara Falls, and said, “Some day I’ll harness that.” 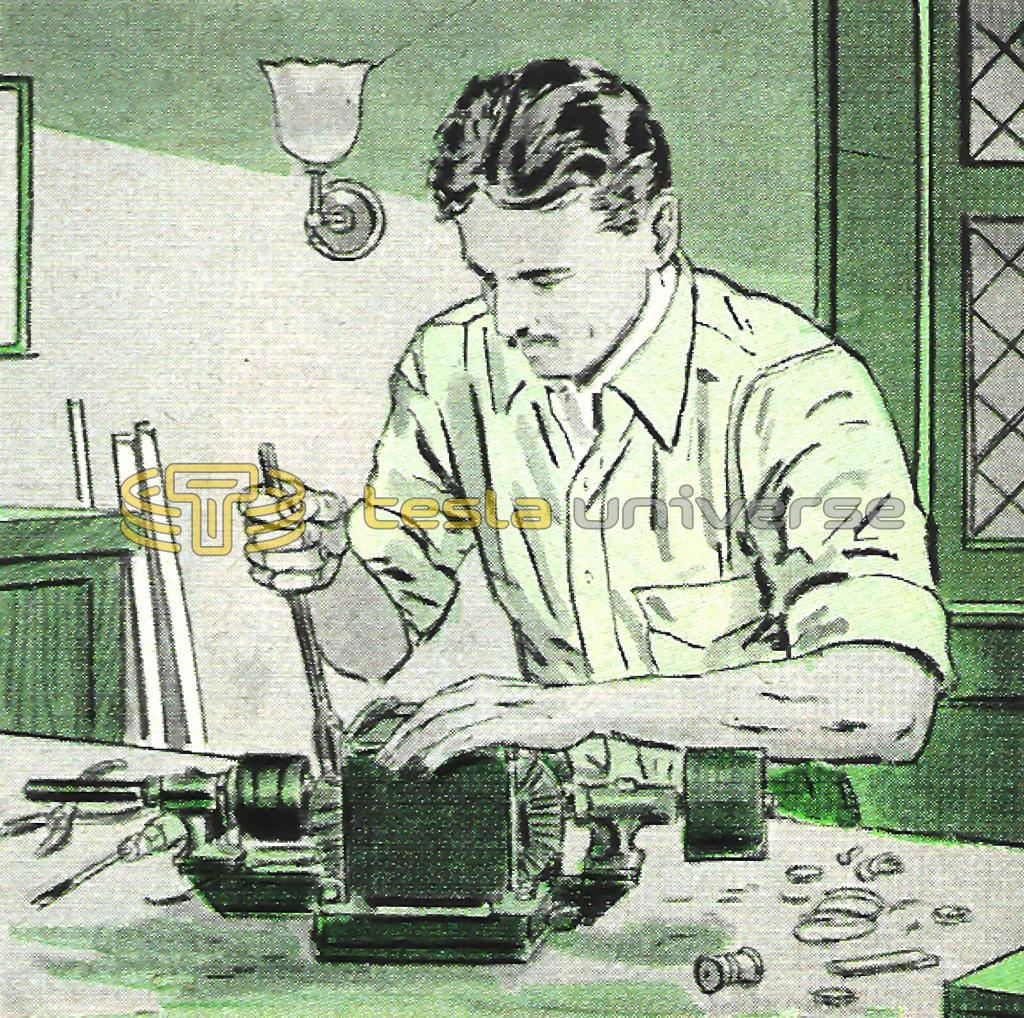 1882-83 After Thomas Edison opened his first plant — DC — to light lamps of his 59 nearby customers, the world grew dimly aware of the wonders of electricity. In Europe, Tesla, 25, thought the electricity could also provide power. Needed: an AC motor, thought to be as impossible as perpetual motion. He dreamed up the plans and made a model. It ran. 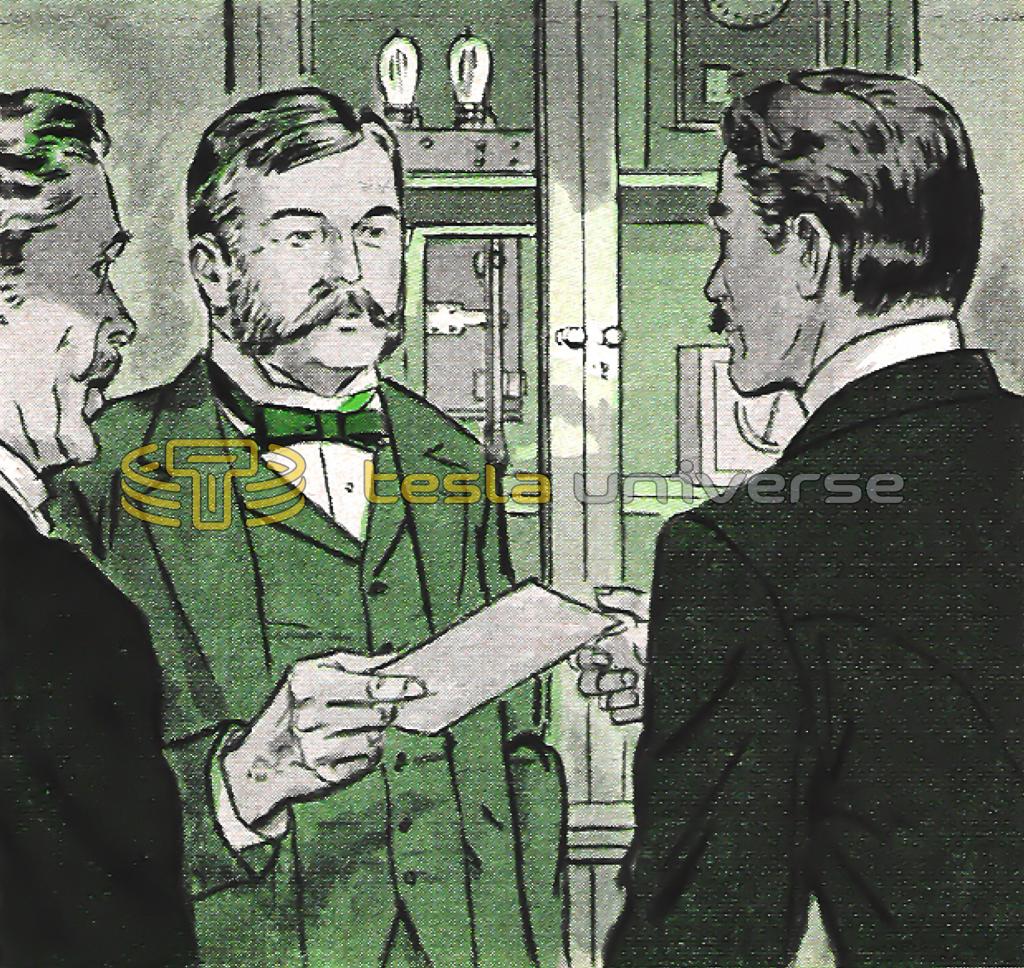 1888 Suddenly Tesla hit the jackpot. He got patents on his AC motor and impressed the American Institute of Electrical Engineers (this month celebrating his 100th birthday) with a lecture which explained his idea. George Westinghouse, a competitor of the famous Edison, gave Tesla, the recent ditchdigger, a million dollars for the patent rights to his motor. 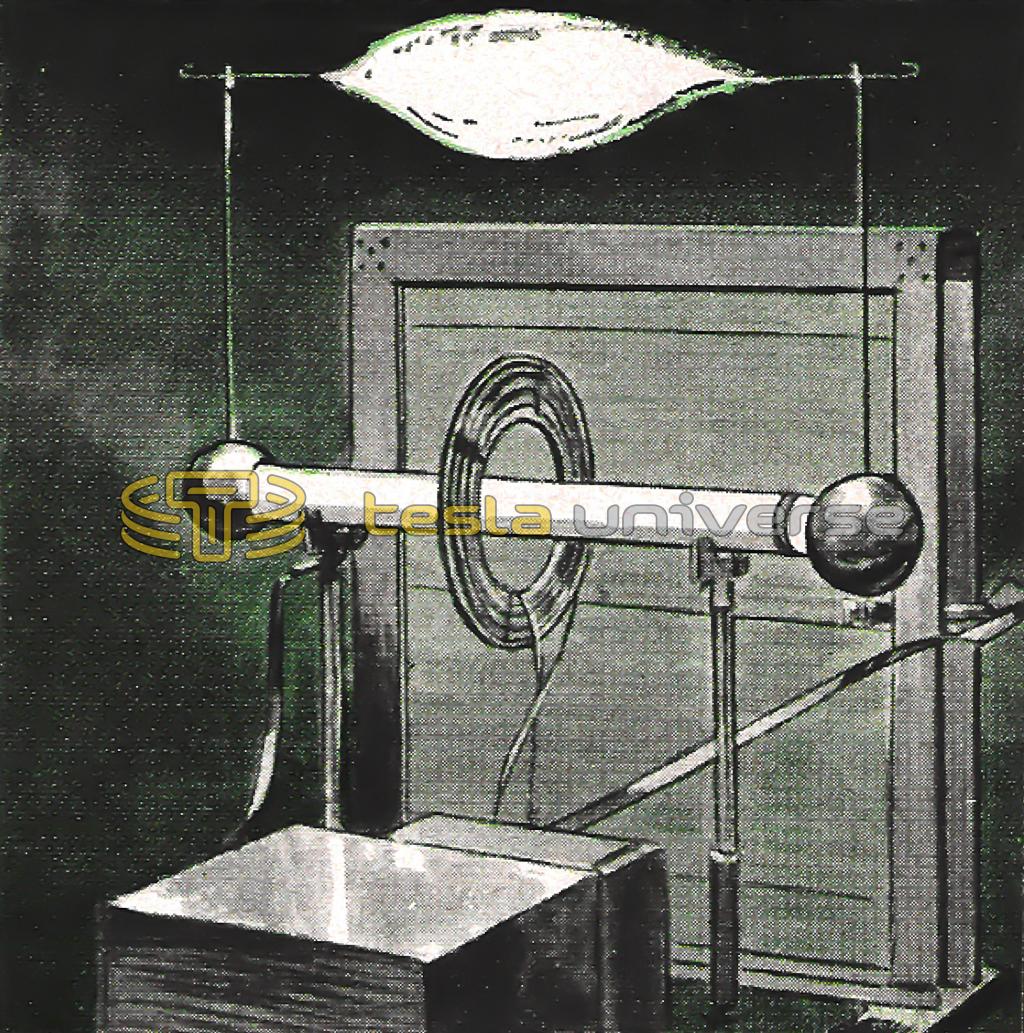 1889-90 Working together, Westinghouse and Tesla soon evolved AC motors and dynamos of many sizes. Tesla built a high-voltage coil — the Tesla coil — that with one end inert, the other spouting thousands of volts, would light lamps placed on the other side of the room — without using wires. This was the beginning of his attempts to broadcast power. 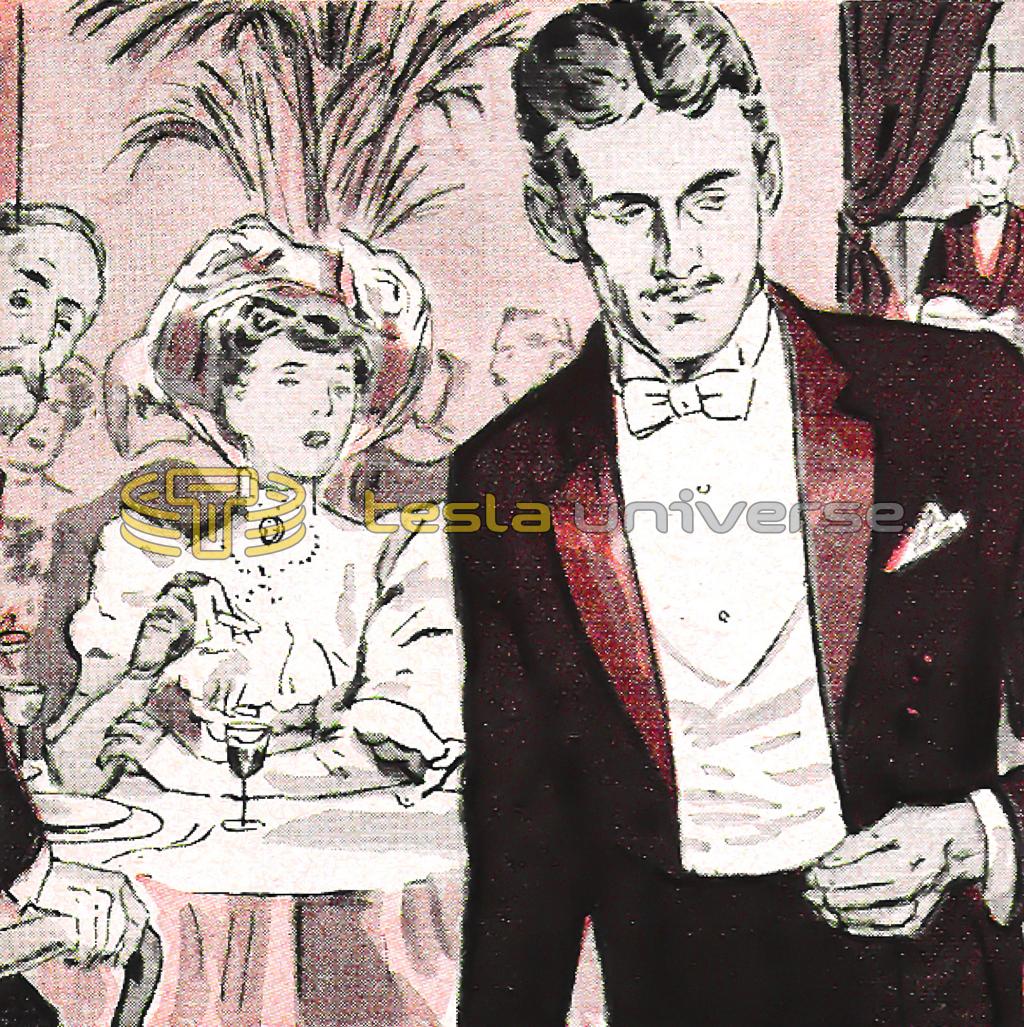 1892 To concentrate on work, Tesla ruled out romance. If his discoveries looked impossible in those days of warring Indians, skinny-tired bicycles, and horsecar commuting, he did something — for a man — which was considered more impossible. The “divine” actress, Sarah Bernhardt, dropped her handkerchief before him. He returned it — without saying a word. 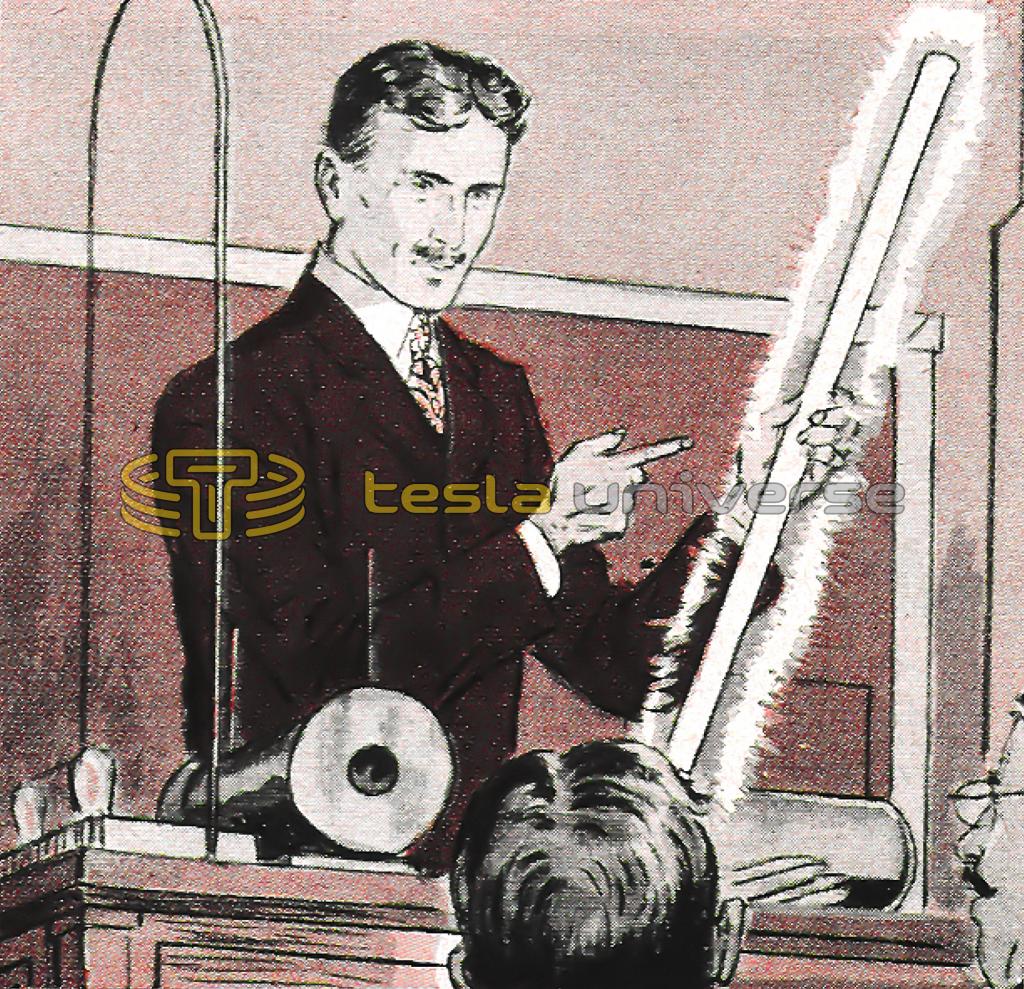 1893 The big shows were the late P. T. Barnum’s, Buffalo Bill’s, Sarah Bernhardt’s and — at the World’s Columbian Exposition — Little Egypt dancing the hoochee-coochee. Westinghouse and Tesla lighted and powered the Exposition, an accomplishment that finally sold the doubting U. S. on AC. Tesla himself lighted glass tubes without using any wires. 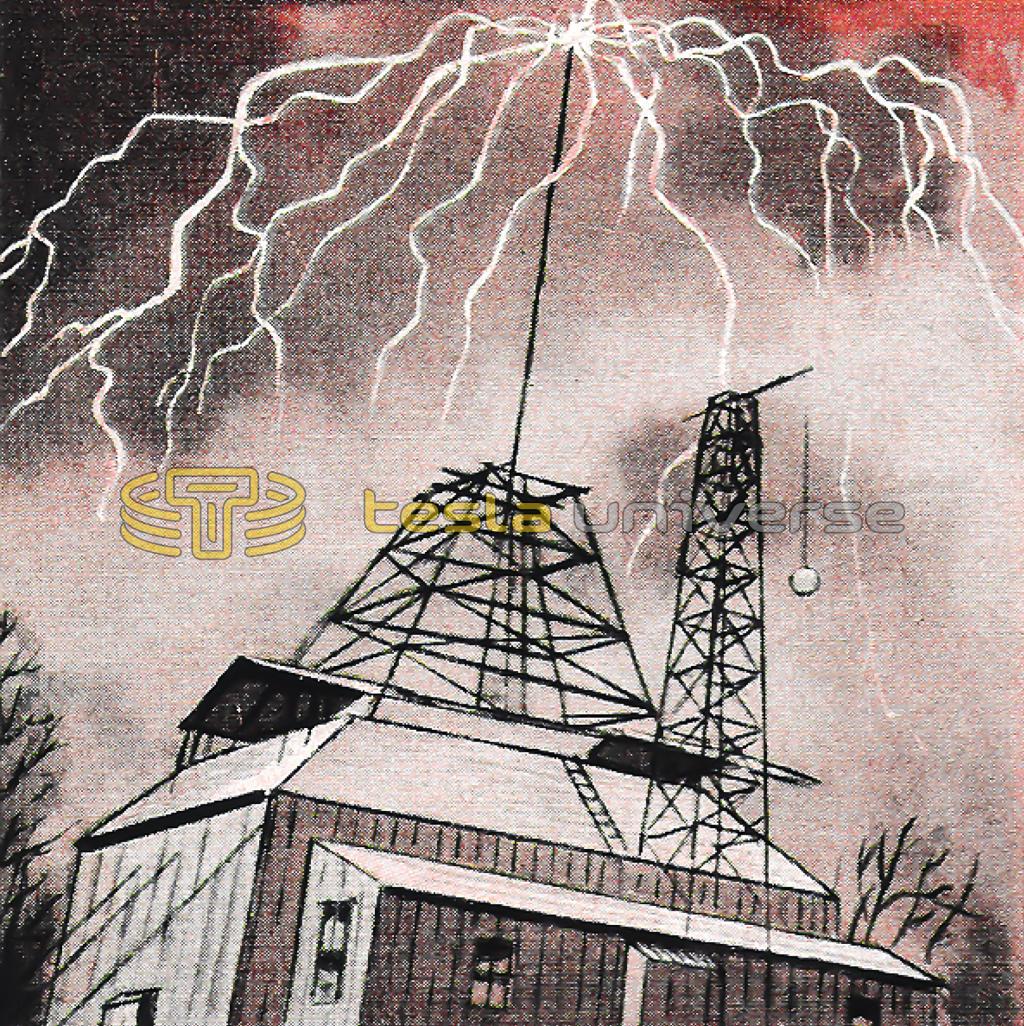 1899-1900 Tesla thought that the earth was electrically charged. (It is.) At Colorado Springs, he set up a plant that would add to the earth’s charge so you could plug in anywhere and get electricity. He pumped power in, claimed to draw it back — creating lightning. Unfortunately, he never wrote down the details of his experiments for future reference. 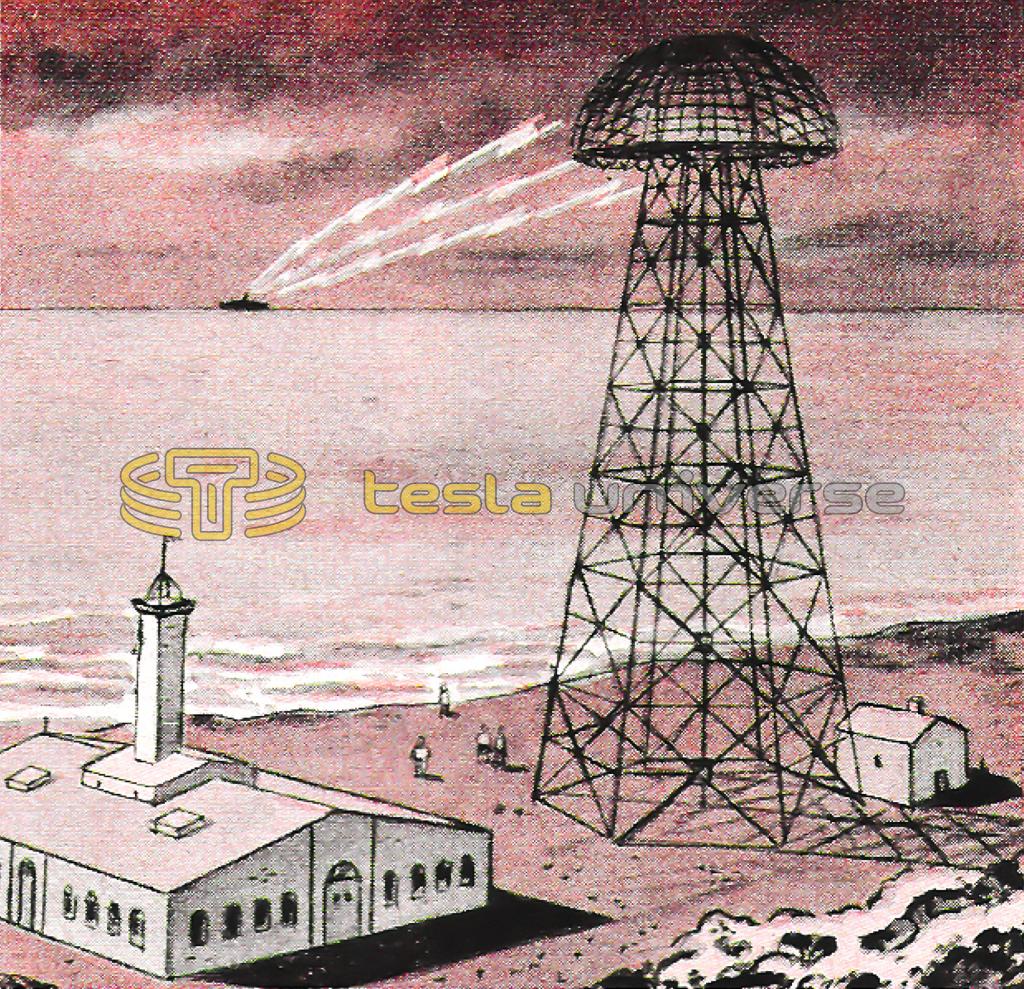 1901-16 At a time when radio consisted only of dot-dash messages, Tesla set out to build, on Long Island, N. Y., a radio city that would broadcast both power and all the kinds of programs that are known to such widespread audiences today. Tesla never got around to broadcasting either. But he did discover many fundamentals of radio. Then he went broke. 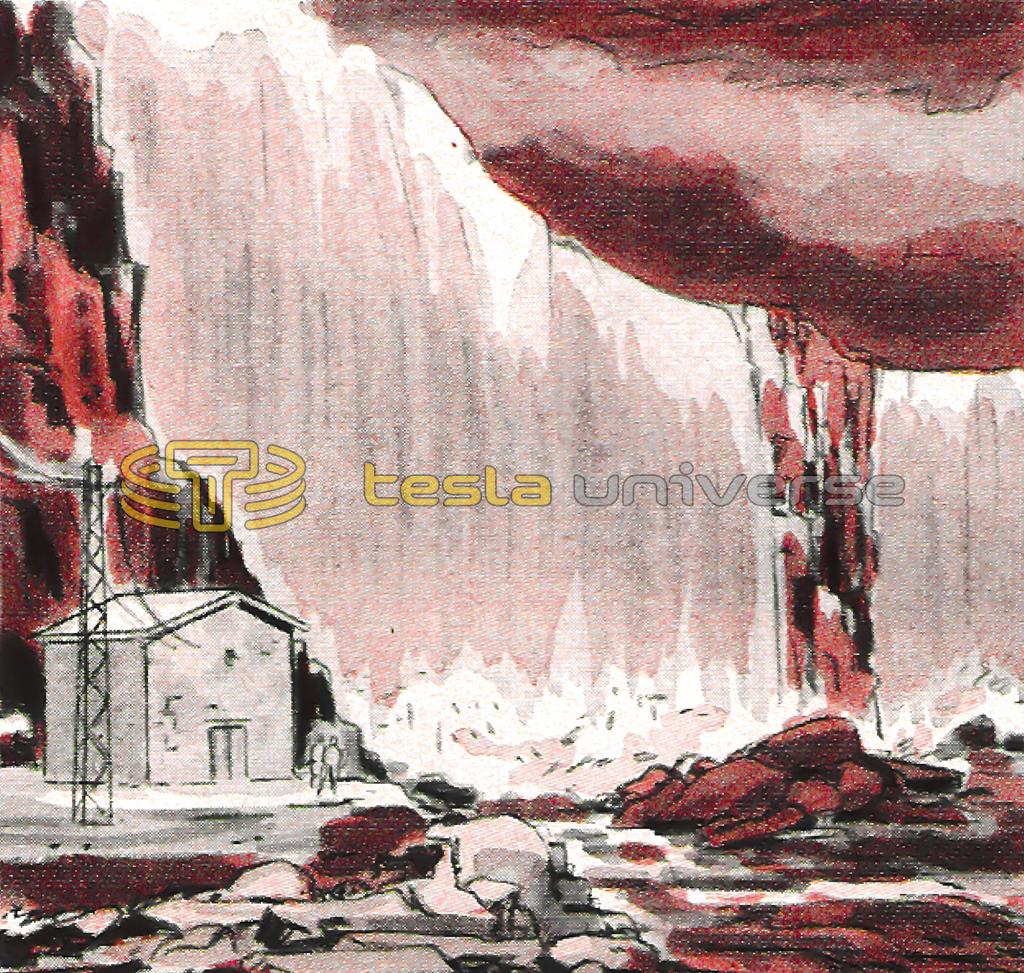 1895-96 Westinghouse and Tesla put on their biggest show. They built a powerhouse at Niagara Falls. General Electric, with Tesla methods, built a 22-mile transmission line to Buffalo. This was a significant advance. Edison had delivered power about a mile. Here power went from one area to another. The age of sending power far and wide had dawned. 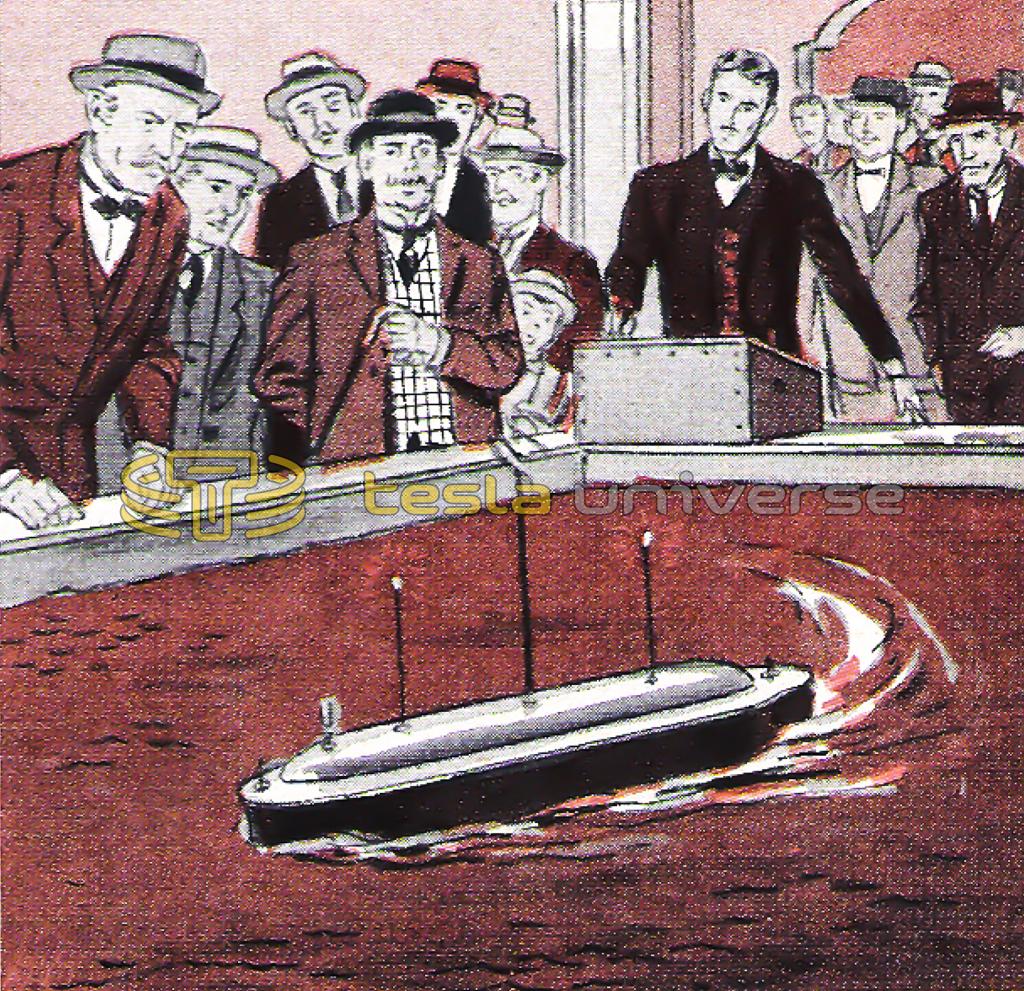 1898 The U. S.’s Admiral George Dewey licked the Spaniards in Manila Bay. Tesla, at Madison Square Garden, put a boat equipped with radio in a tank of water. From afar, he started, steered, and lighted the vessel — by radio. It was, he said, the first of a race of robots that would fight — operated by remote control — in the future wars of the world. 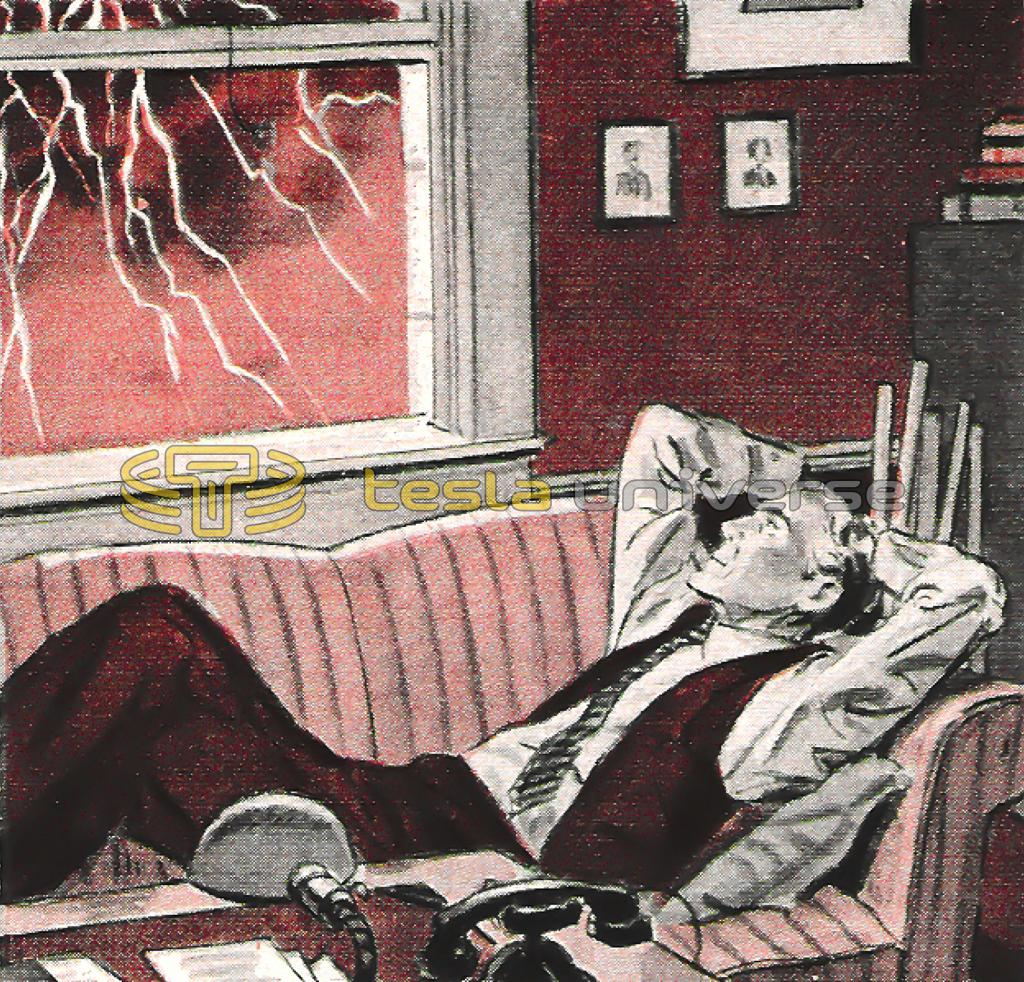 1920s-30s Growing old, Tesla withdrew even more into himself. This man, who was responsible for every AC motor (162 million horsepower when he died), and every transmission tower and line, kept his blinds closed — except during storms. Then he would throw open his windows, lie down on a couch and watch the lightning dance across the sky. 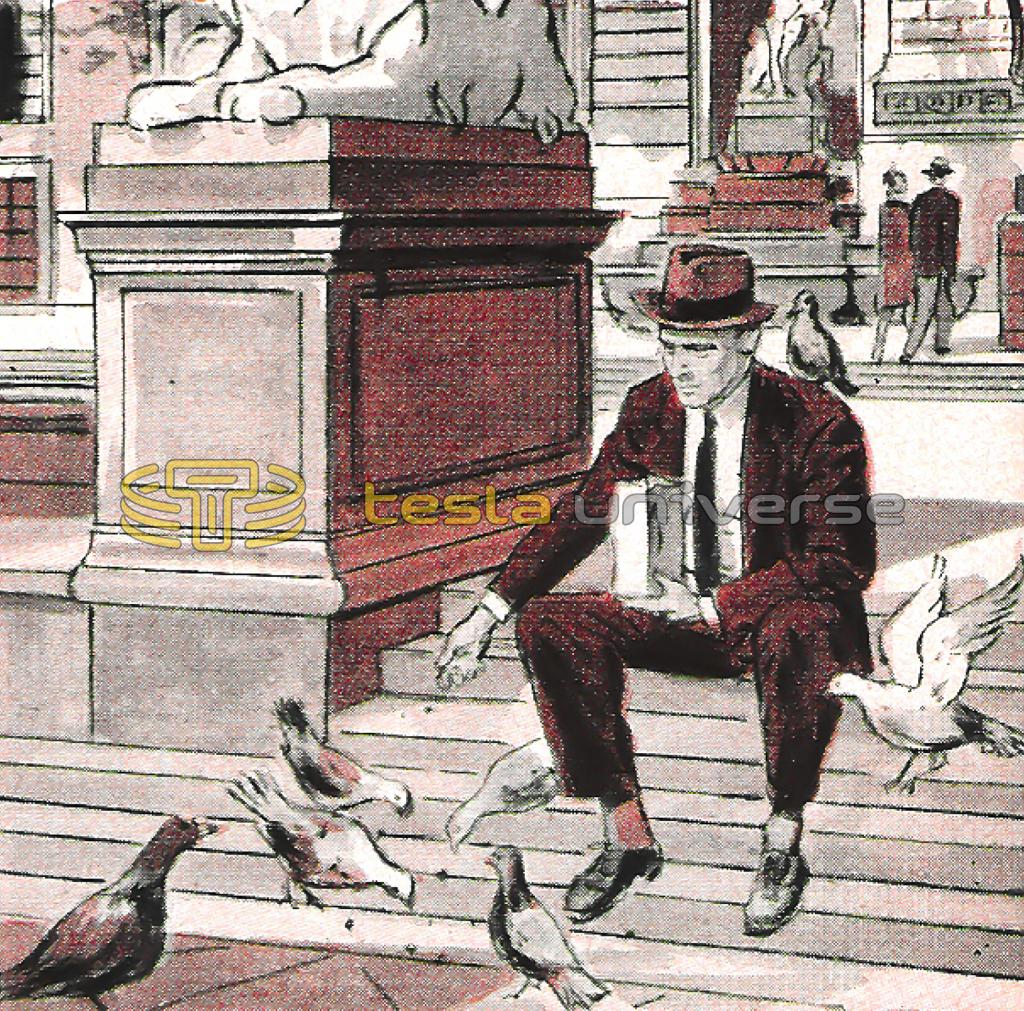 1930s-40s The world last saw Tesla on the steps of the New York Public Library. He had found a love: Daily he fed the pigeons. The man who had made work easier for millions all over the world was the old man whom unknowing thousands saw feeding the pigeons. On January 7, 1943, at 86, Nikola Tesla died alone in a New York hotel room. 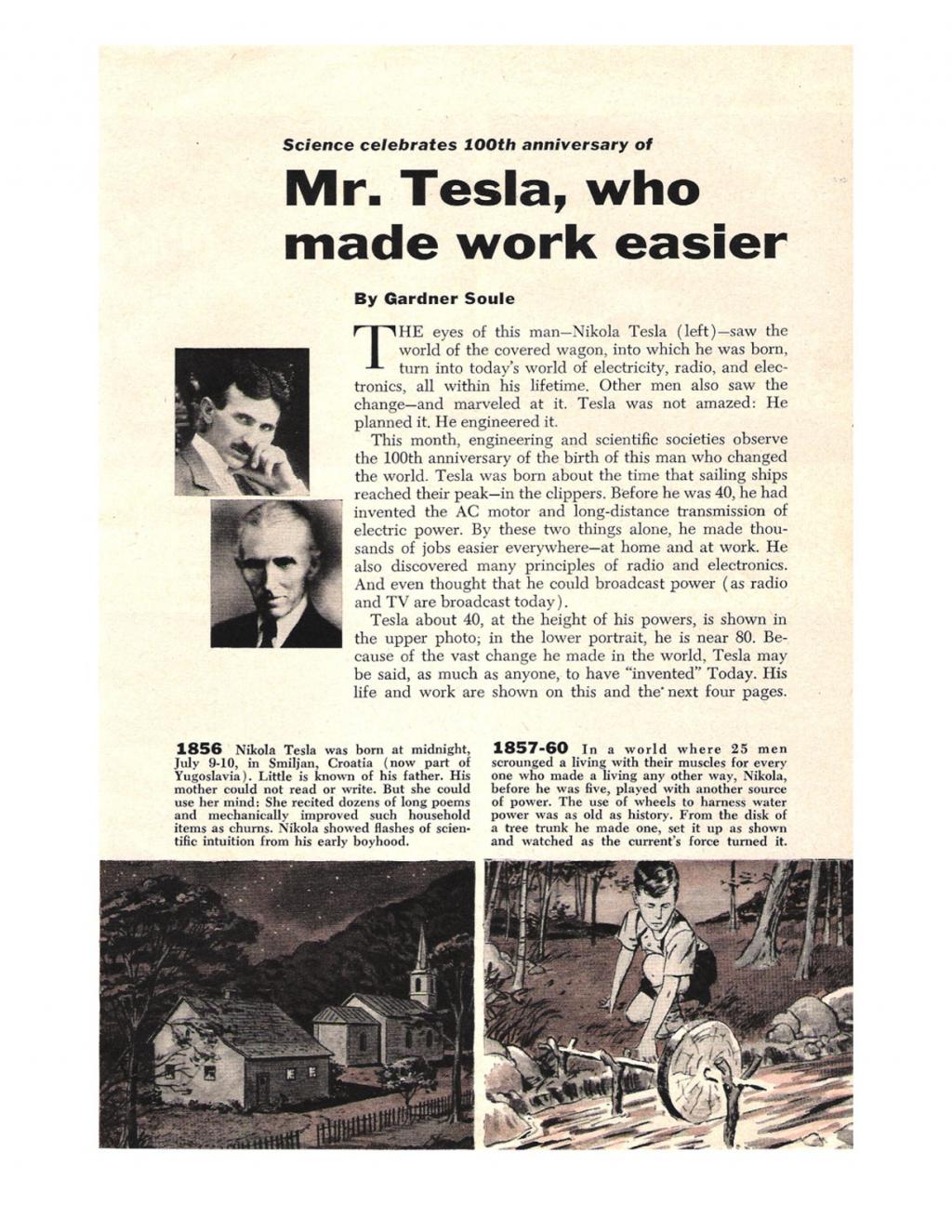