Manufacturer and Builder, The
Page number(s):
202

The lecture delivered by Mr. Tesla at Chicago on Friday evening of last week was a disappointment to those who expected to be entertained with brilliant experiments in luminous discharges, transmissions without wires, and other like subjects with which the name of Tesla is so intimately associated. In place of these experiments, his audience soon found out, what perhaps many of them did not know before, that the subject of the lecture was mechanical and electrical oscillators, a purely technical subject, involving but few experiments, and these of little interest except to technical men; those of his audience who were not technical men were therefore disappointed; instead of being entertained they were being instructed with some matters not easily grasped by them. The apparatus forming the subject of his lecture was a true Tesla surprise, as will be seen from our brief report of the lecture. It consisted of a pneumatic oscillator, the underlying principle of which is analogous to that of the Leyden jar, the result accomplished being that it produced short, rapid, mechanical oscillations; but it differed in that these oscillations were of an absolutely constant frequency, as constant as that of a tuning fork, a feature which may make the apparatus quite a valuable one. He uses this to generate alternating currents, simply by oscillating a wire to and fro in a magnetic field; that is, instead of a rotary motion in an alternating field, he uses an oscillating motion in a constant bipolar field. While the currents thus produced at the lecture were quite small, still it is interesting to know that alternating currents of high frequency and of absolutely constant frequency can thus be produced, and that, according to Mr. Tesla, both the output per weight and the efficiency are very good. 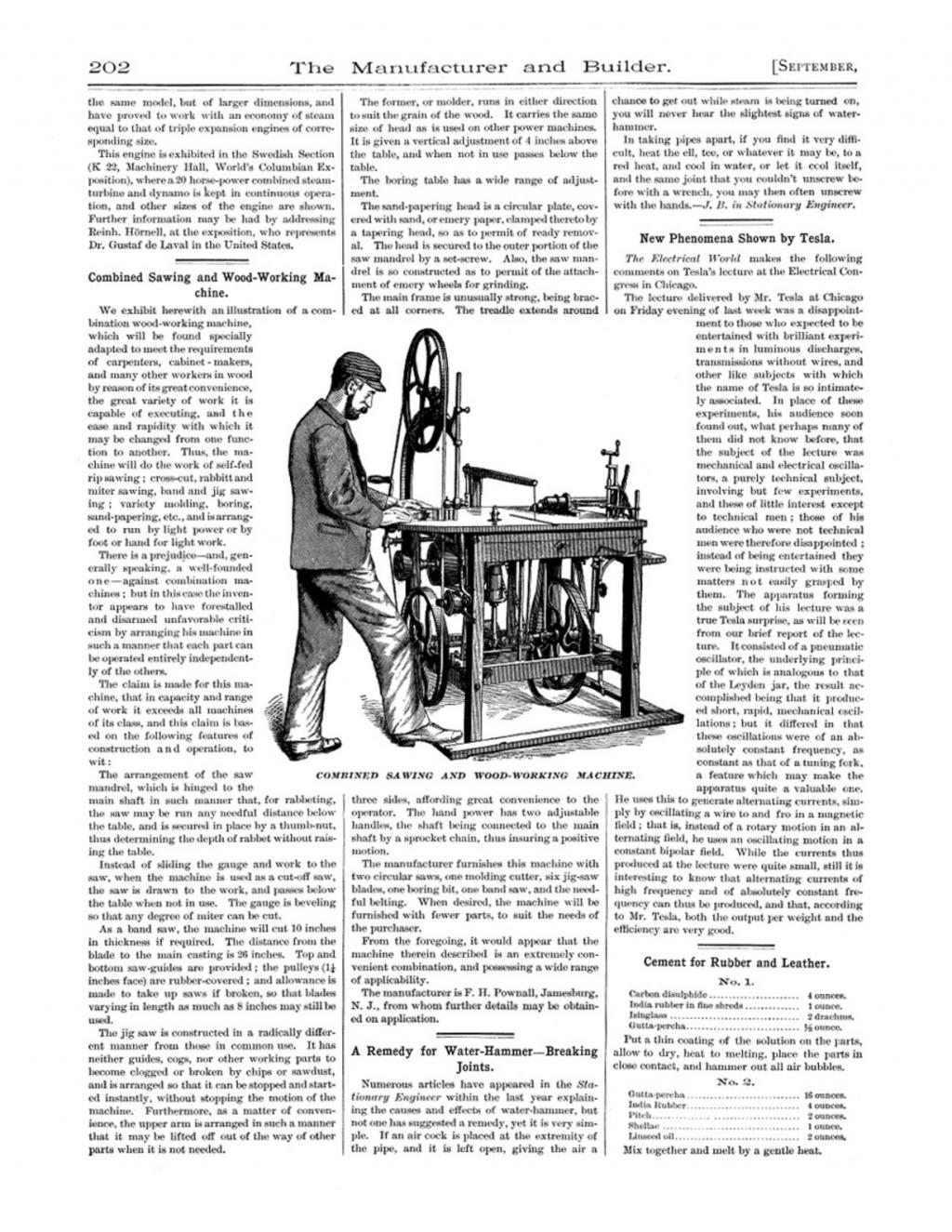