Nikola Tesla, whose inventions revolutionized methods of generation and distribution of electrical energy and who is acknowledged one of the greatest inventors of all time, will celebrate his seventy-eighth birthday today. He will spend the day working. He lives at the Hotel New Yorker.

Dr. Tesla was born in Smiljan, in Austrian Croatia (now part of Yugoslavia. He is the son of a Greek father, a clergyman, and a Serbian mother, Georgiana Mandic, an inventor and the daughter of an inventor. In 1884 he came here at the invitation of Thomas A. Edison.

The arc lighting system, the system of alternating-current power transmission and the rotating field and induction motor are among his several hundred inventions. He holds about 700 patents. 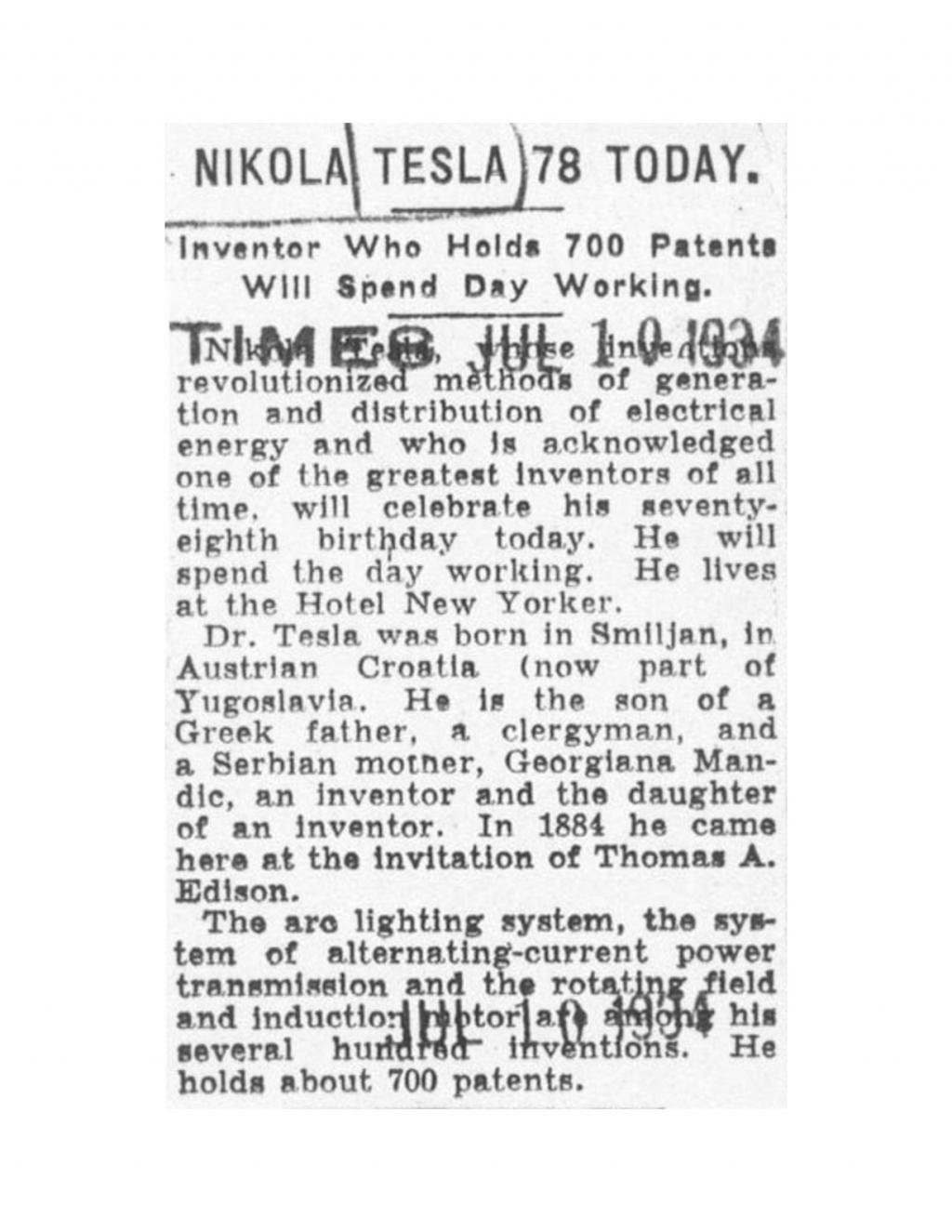