Tesla, the well-known electrical inventor, has been invited by Rear Admiral R. B. Bradford, chief of the bureau of equipment, to submit for trial a system of wireless telegraphy which he has developed. Tesla was in Washington a few days ago and conferred with Admiral Bradford. He claims that he will be able to provide the navy with a system that will be equal if not superior to that introduced by Marconi. The secretary of agriculture has advised the Navy Department that his subordinates are using a system which is giving satisfactory results and Brigadier General Greeley, chief signal officer, asserts that the system developed by signal offices is doing splendid work. 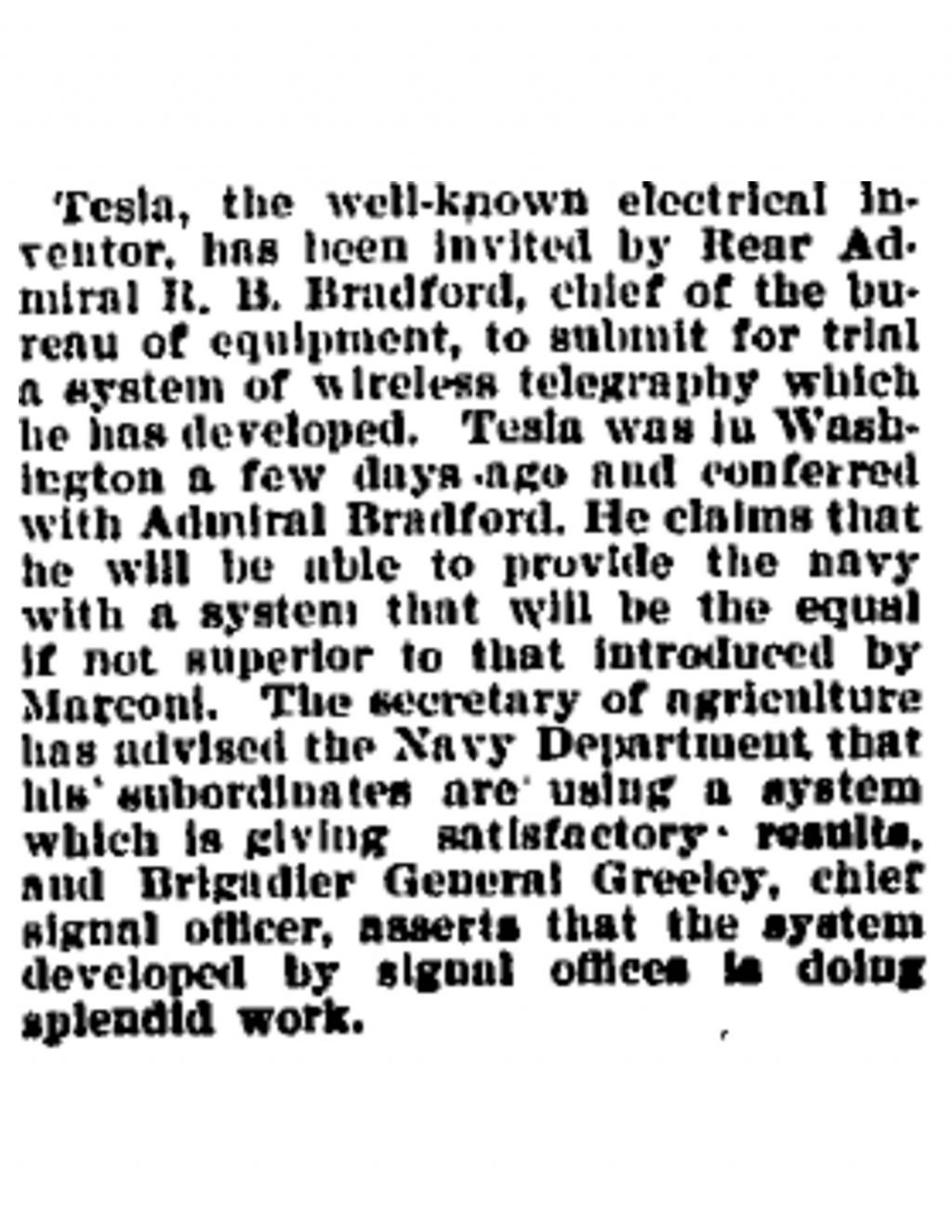