At the meeting of the American Institute of Electrical Engineers Mr. Tesla employed a machine having 400 poles, which, when run at full speed, enabled him to obtain 20,000 alternations per second. He believes that electro-magnetic waves cannot produce luminous effects unless they have the frequency of true light waves; but this is not the case with electro-static waves or thrusts, as these can excite luminous radiation, no matter what their frequency may be. He made many experiments with Geissler tubes, and also with lamps, in which only one terminal was used. The filament consisted of a single rod which was in a non-striking vacuum. The energy was transferred entirely by condenser action through the coatings in the base of the lamp. He also showed how exhausted tubes could be made to glow in an electro-static field, so that if such tubes were merely hung up in a room in which such a field was produced, they would be lighted up, and could be moved about at will. These experiments created the most intense interest, and point to methods of producing light which may be used in the future. 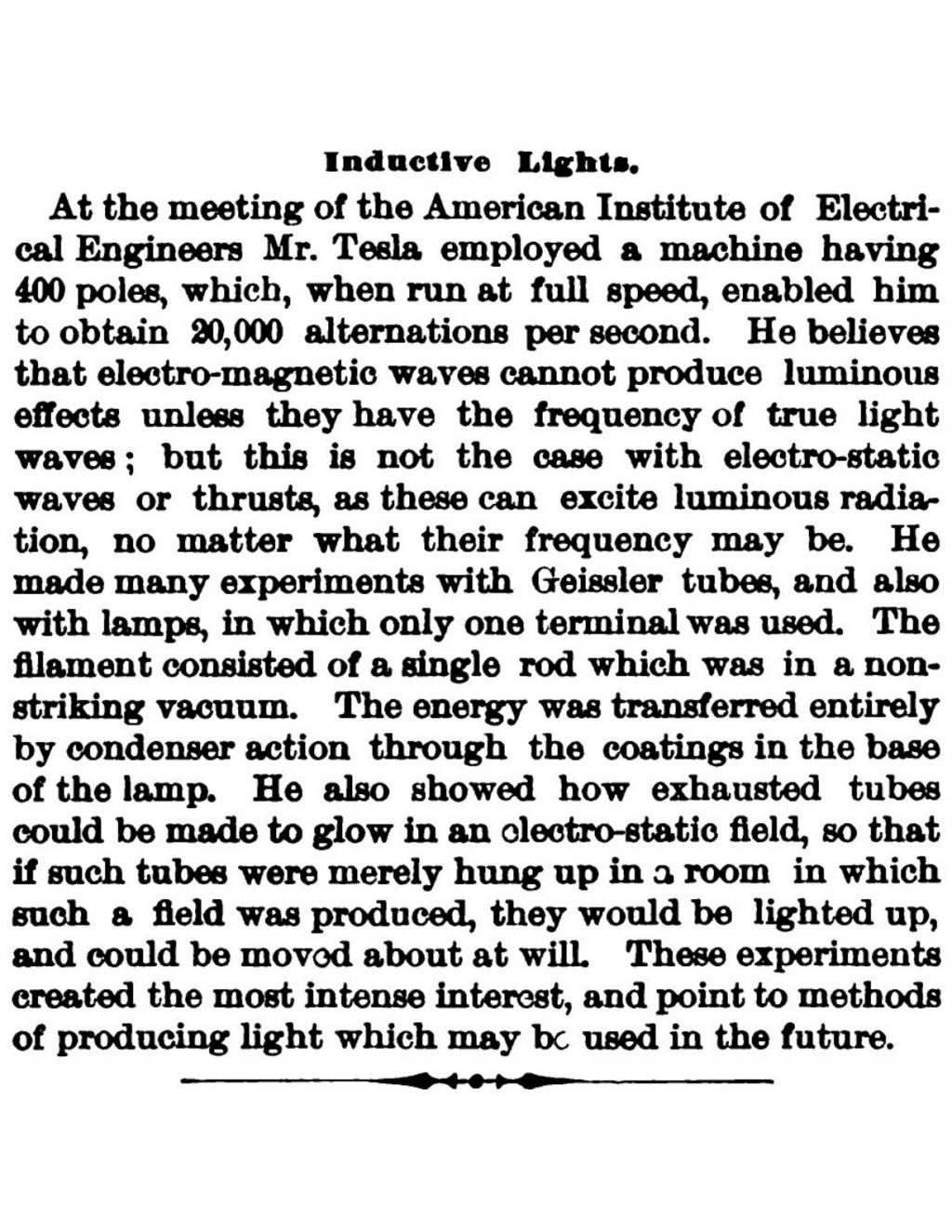