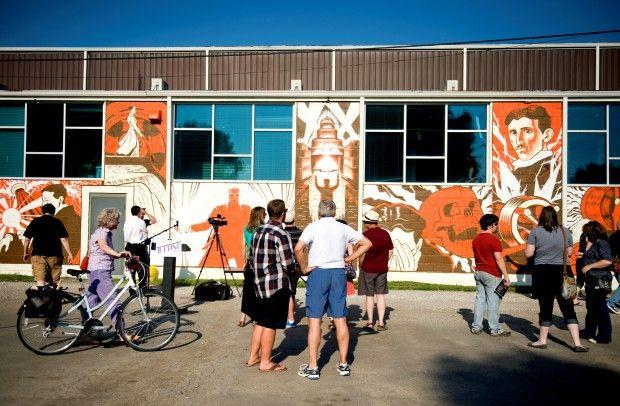 Matt Wegener wanted something to cover the side of a building, one dedicated to those in Lincoln with small and start-up businesses.

The result was a 1,500-square-foot mural that not only illustrates the life and accomplishments of inventor Nikola Tesla but marks the positive changes community leaders say are going on here.

Dozens of guests watched as civic and business leaders and the project’s directors made remarks before unveiling the orange, brown and white mural, which its designers believe is the world’s largest of Tesla.

The Turbine Flats Project itself was celebrated. The nonprofits building near 24th and Y streets was formerly a manufacturing facility that has since been converted to office space.

Wegener set the Tesla mural idea in motion about 3 or 4 years ago. The Serbian- American inventor - who was responsible for many mechanical and electrical advances, including his most famous, the AC motor - always has been a favorite of Wegener’s.

Wegener commissioned the help of muralist Amos Sterns, who was responsible for the mural’s design and logistics. 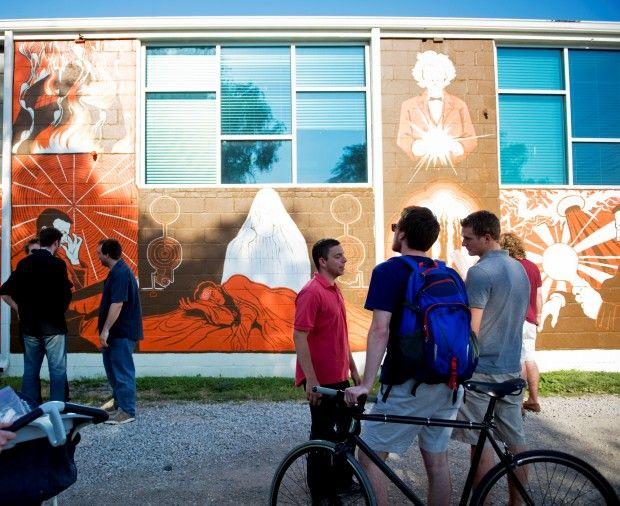 After two months of painting, the mural was complete and ready to showcase the community effort that went into it and inspire creativity for years to come, said Leo Glass, executive director of Turbine Flats.

The experience was humbling, Glass said.

Throughout the process, passersby would stop to snap photos and some neighbors thanked him for the project, Glass said.

“I think this is an opportunity to share just a little appreciation and humility for art like Tesla had,” Glass said. “It’s just nice to know you’ve made the community happy.”

“I think this is the sort of energy that’s here in Lincoln and needs to be celebrated,” said Laura Reznicek, who is the director of development at the Sheldon Museum of Art.

As a lifelong resident of Lincoln, she said the vitality in the city is greater now than it has been in the past due to the community and mayor’s support of the arts.

“I think it’s just an exciting time to be in Lincoln,” she said. 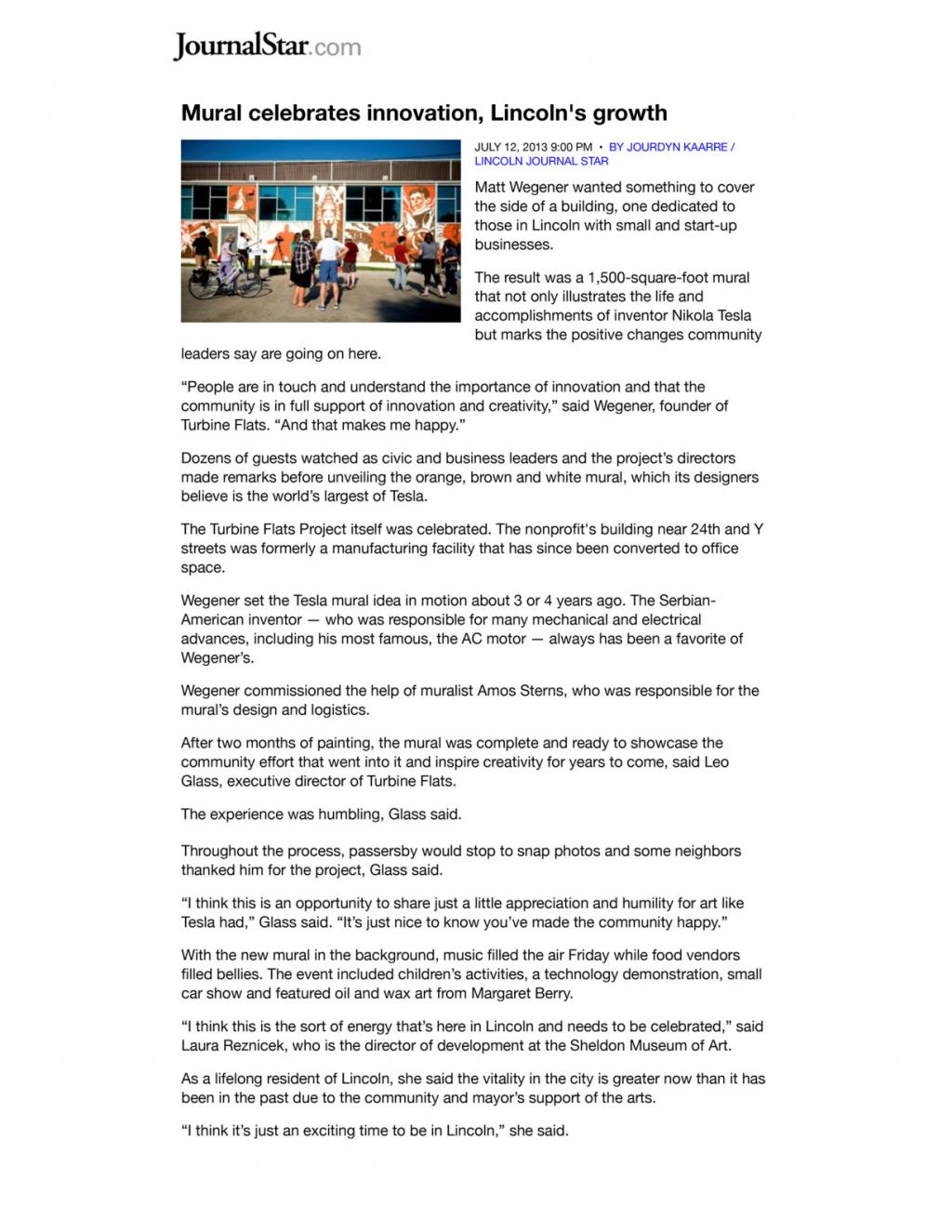