There are thousands of people living in the world today who do not believe that the planet of Mars is inhabited. There are many others who do, and some of the leaders in science and foremost men in thought and invention are members of this last-named class.

Nicola (sic) Tesla, the inventor of the wireless telegraphy, is one of these. Astronomers tell us that the planet Mars is several millions of years older than the earth and H. G. Wells, novelist, in one of his fantastic creations, has peopled this planet with a ract of strange creatures. One thing, however, stands to reason, and that is this: If Mars is inhabited those inhabitants are far in advance of us as regards sciences, both theoretical and applied. This is what Tesla thinks, and why he is of the opinion has just recently been made known.

He is convinced that the Martians are trying to communicate with us.

“Apart from love and religion there happened the other day to Mr. Tesla the most momentous experience that has ever visited a human being on this earth. As he sat beside his instrument on the hillside in Colorado, in the deep silence of that austere, inspiring region, where you plant your feel in gold and your head brushes the constellations — as he sat there one evening, alone, his attention, exquisitively alive at that juncture, was arrested by a faint sound from the receiver — three fairy taps, one after the other, at a fixed interval. What man who has ever lived on this earth would not envy Tesla that moment! Never before since the globe first swung into form had that sound been heard. Those three soft impulses, reflected from the sensitive disc of the receiver, had not proceeded from any earthly source. The force which propelled them, the measure which regarded them, the significance they were meant to convey, had their origin in no mind native to this planet.

They were sent, those marvelous signals, by a human being living and thinking so far away from us, both in space and in condition, that we can only accept him as a fact, not comprehend him as a phenomenon. Traveling with the speed of light, they must have been dispatched but a few moments before Tesla, in Colorado, received them. But they came fromj (sic) some Tesla on the planet Mars!

“This was two years ago; it has just been made public. Thereupon all the tame beasts with long ears in the stables of science begin waving those ears vigorously and braying forth indignant scoffs and denials. Yes, so has it ever been, and will be. How eagerly will every so-called son of science who has the power of absorbing, but not of assimilating or of creating, rush to trample under his hoofs the man of genius, imagination and wisdom who commits the crime of disclosing to them the means of their own uplifting and humanization! “Charlatan-fraud-fool!” they cry; and fetch out their musty little books of statistics and logarithms to show why it cannot be anything else but a humbug and delusion. Well, let us leave them trampling and braying, and consider for a moment what has occurred.”

The real question, however, is how will these interplanetary communications be conducted; what the medium to be employed; with such interplanetary communication as is proposed, electricity will doubtless be revealed as but the fractional aspect of a force possessing a vastly greater scope and power than have any of the phenomena of our experiments yet revealed to us. The energy of man’s brain, if properly applied, may suffice to propogate (sic) waves of meaning from one end of the universe to the other, and science will unquestionably aid.

Nicola (sic) Tesla promises us communication with our terrestrial neighbors. How, when and where? remain to be seen. 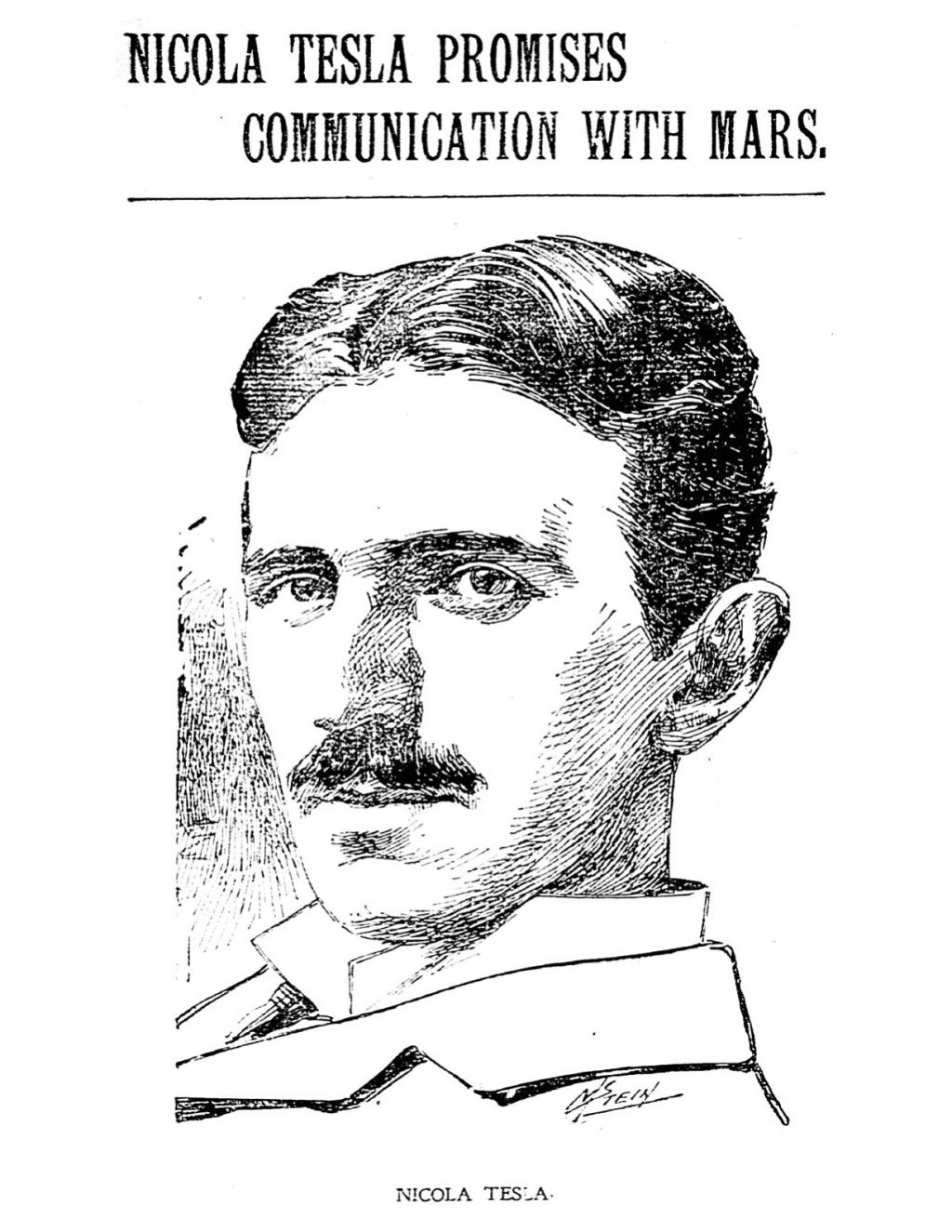