A disposition prevails to view the destruction of Nikola Tesla’s electrical laboratory in New York as a great calamity. The wizard himself is described as being very much cast down over the loss, which involves the fruits of a lifetime of labor, and particularly so because he thought he was on the eve of making discoveries which would have revolutionized electrical science. It is stated that delicate instruments and much intricate apparatus were ruined which could not be replaced. There seems to be no reason, however, for taking such a gloomy view, nor for viewing the loss incurred as irreparable. Mr. Tesla’s capacity for technical research remains undiminished. He was said to be on the eve of mental breakdown previous to the fire on account of incessant pursuit of his experiments. By the time he fits up a new workshop he will have had an opportunity to recuperate, and can go to work with new strength. It ought not to be so very difficult, at least not impossible, to replace the apparatus. The brain that created it should be able to construct it anew. To Mr. Tesla the world already owes some wonderful inventions, and latterly he was pursuing a course of investigation which promised still more startling results. Transmission of electrical power over long distances, telegraphing without wires, light without heat, utilization of electricity for heating purposes, to the exclusion of coal, were some of the problems which engaged his attention. Several had already reached a partial solution, and it remained only to make them practical. A loss infinitely greater than the destruction of the workshop would have been the failure of the workman. As it is, we can afford to wait until the damage has been repaired. 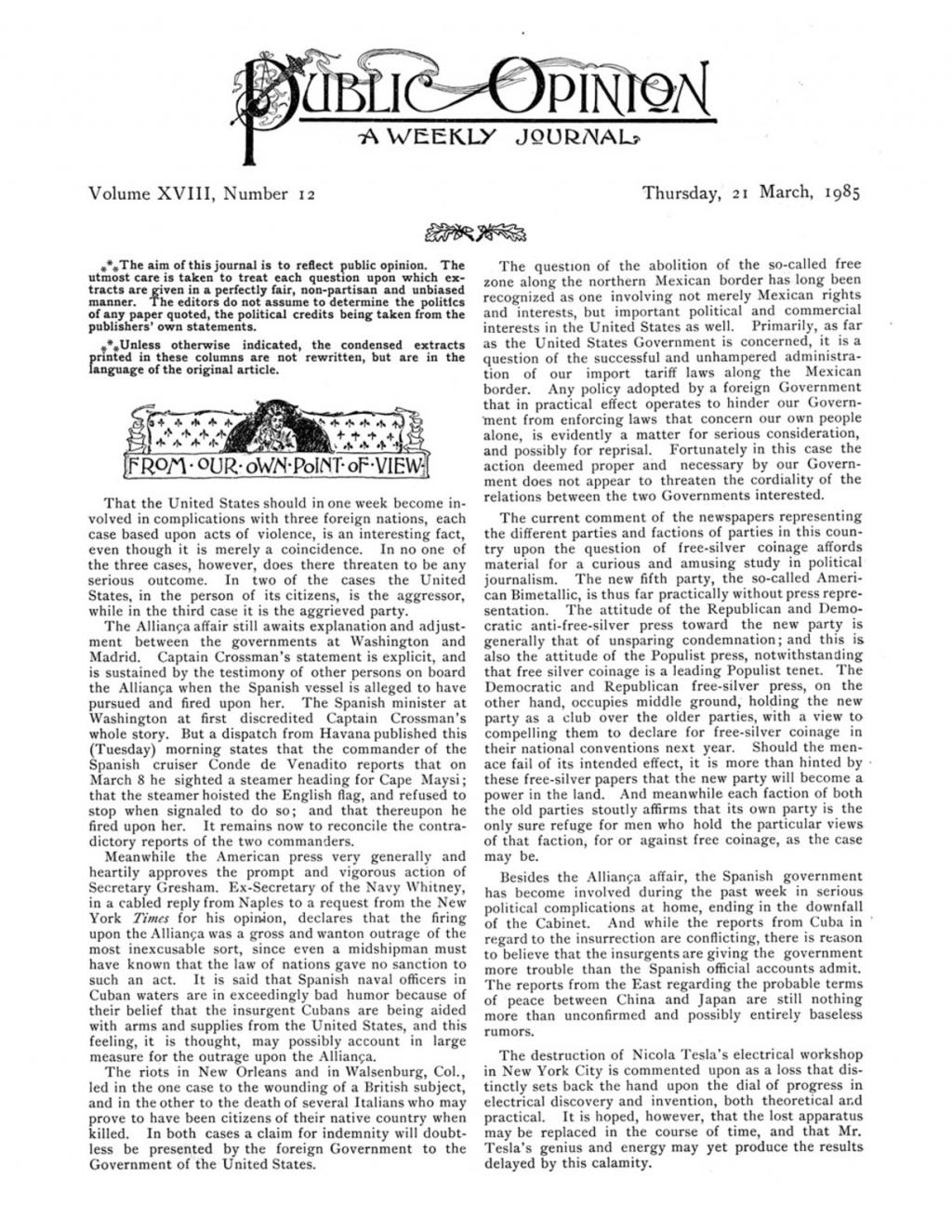