Wednesday at noon is the day and hour set apart by Nikola Tesla, inventor and physicist, for the announcement of his greatest discovery. The place will be his residence, the Hotel New Yorker, Eighth Avenue and Thirty-fourth Street.

On Wednesday the inventor of modern power transmission, with 700 patents to his credit, including the Tesla coil, the rotating field and the induction motor, will be seventy-nine years old. For his last three birthdays, in interviews he has been preparing the world for the announcement that is now forthcoming.

The new invention, he says, will solve a problem "which electrical experts of the world have been trying to solve in vain for the last 100 years." It will be of great practical value and "will be my greatest contribution as a mechanical engineer," according to the inventor.

It is believed from certain hints which Dr. Tesla has dropped that the new discovery has to do with the wireless transmission of power. 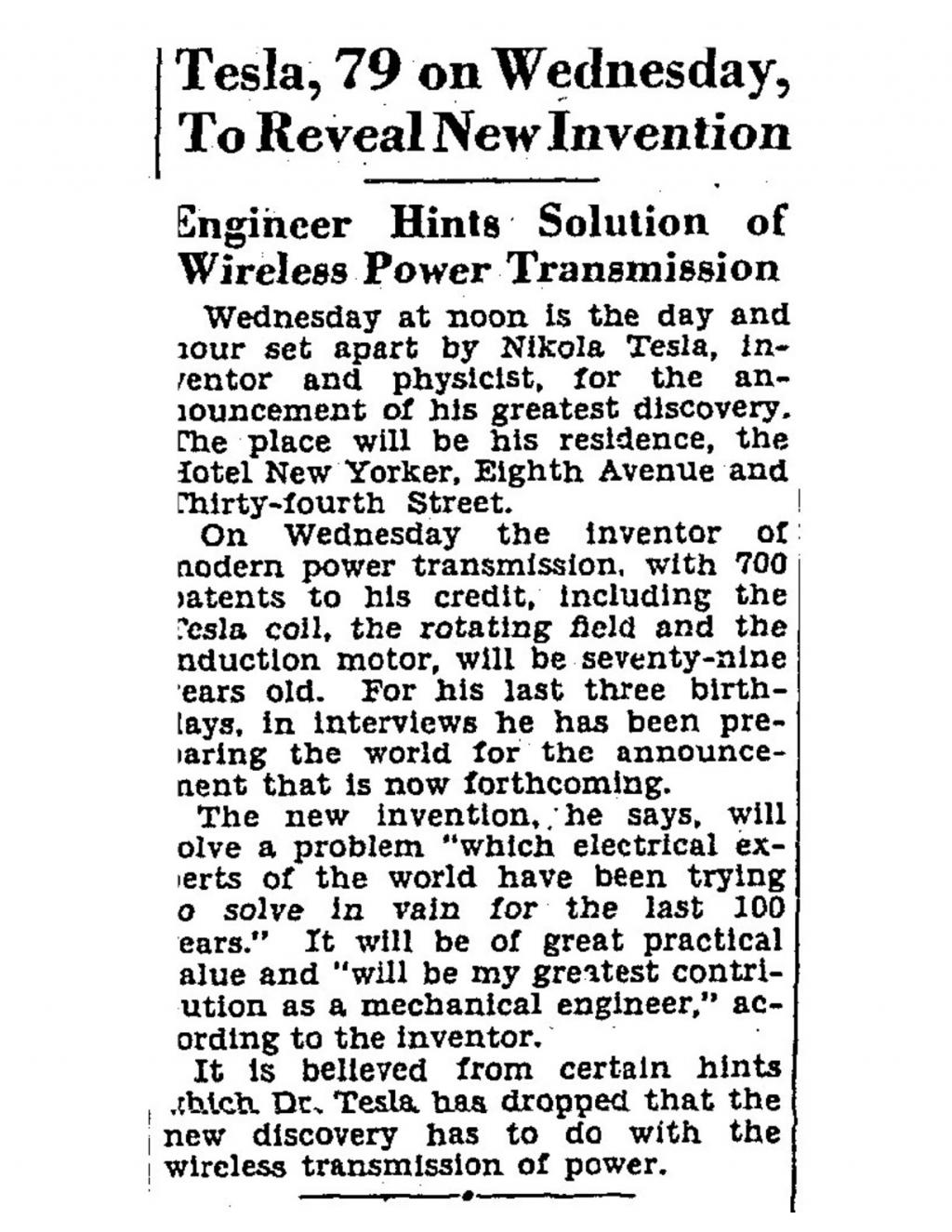