Tesla's Electrical Station Is Sold For Value Of Lumber

The Nikola Tesla experimental electrical station, near the Deaf and Blind school east of the city, has been abandoned. The building still stands there but even that trace of the visit of the great electrician is soon to disappear, for the station has been sold.

Five years ago last May, Tesla decided to construct this station and did so. He stated that he intended to carry on wireless telegraphy experiments from the summit of Pike's Peak to this station. So far as can be learned he never really carried on any important experiments here. He left this city shortly after erecting his station and has not returned since. He was recently sued for an electricity bill, for power furnished by the Colorado Springs Electrical company. He failed to answer the summons either personally or by an attorney and his property was advertised for sale. He later sent the sheriff enough money to cancel the bill and the station again became his property.

Supposedly on his order the property has been sold; that is, all but the apparatus. This has been stored and will probably be shipped to Tesla in the near future. 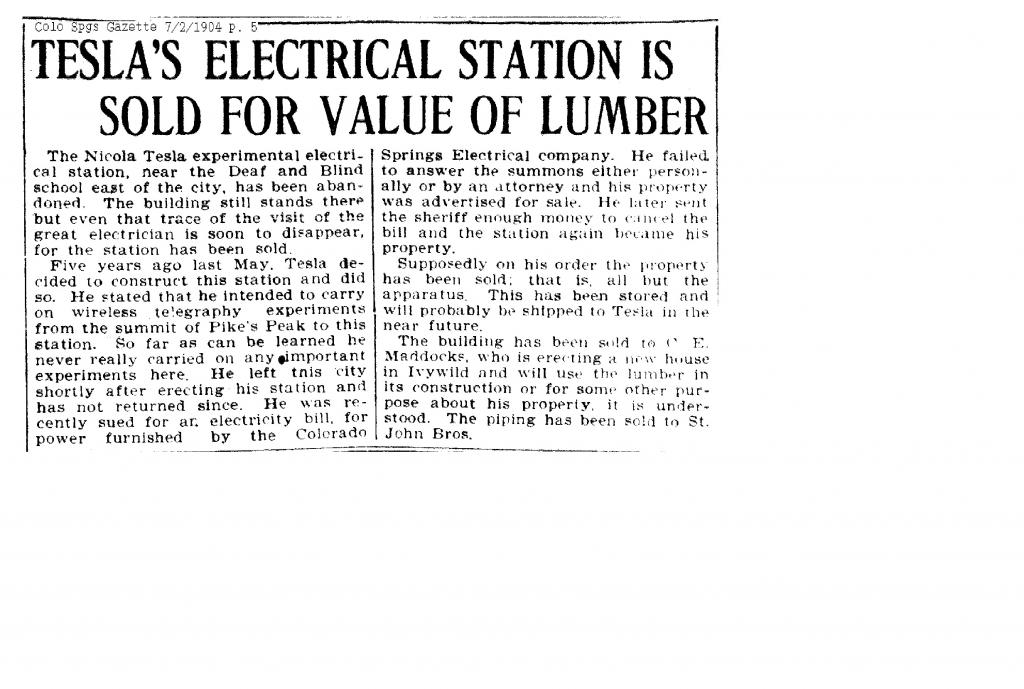