Tesla Certain of His New Power

Inventor Says Only Details Remain to Be Checked.

The closing of experiments which reveal the availability of a hitherto untapped reservoir of energy, to be developed through simple machines which will last 500 years was announced today by Nikola Tesla, inventor and physicist. Mr. Tesla chose his seventy-seventh birthday for his announcement, which was in reality an amplification of an announcement first made on his seventy-fifth.

Even now, however, details remain to be checked before the findings may be published and the source of the power revealed. Mr. Tesla has, however completed and checked the basic experiments, he says, and feels able to announce as a certainty what he would indicate two years ago as only a probability.

He characterized his discovery as “so basic that it will undo the Einstein theory of relativity.” The machines will be simpler than “any machines ever invented for the production of power.” He added that the initial costs of the machines would be relatively large, but that they would be, for the practical purposes of short-lived man, everlasting. After installation, the machines will cost almost nothing for operation, he added. “There will be unlimited power almost for the asking.”

He said, however, that he expected to be considered crazy. “They called me crazy in 1896 when I announced the discovery of cosmic rays,” he said. “Again and again they jeered when I discovered something new and then years later saw that I was right.”

Mr. Tesla at one time worked with Thomas A. Edison. He is accepted as one of the world's outstanding electrical technicians, who had contributed much of the research on which the practical application of radio is based. 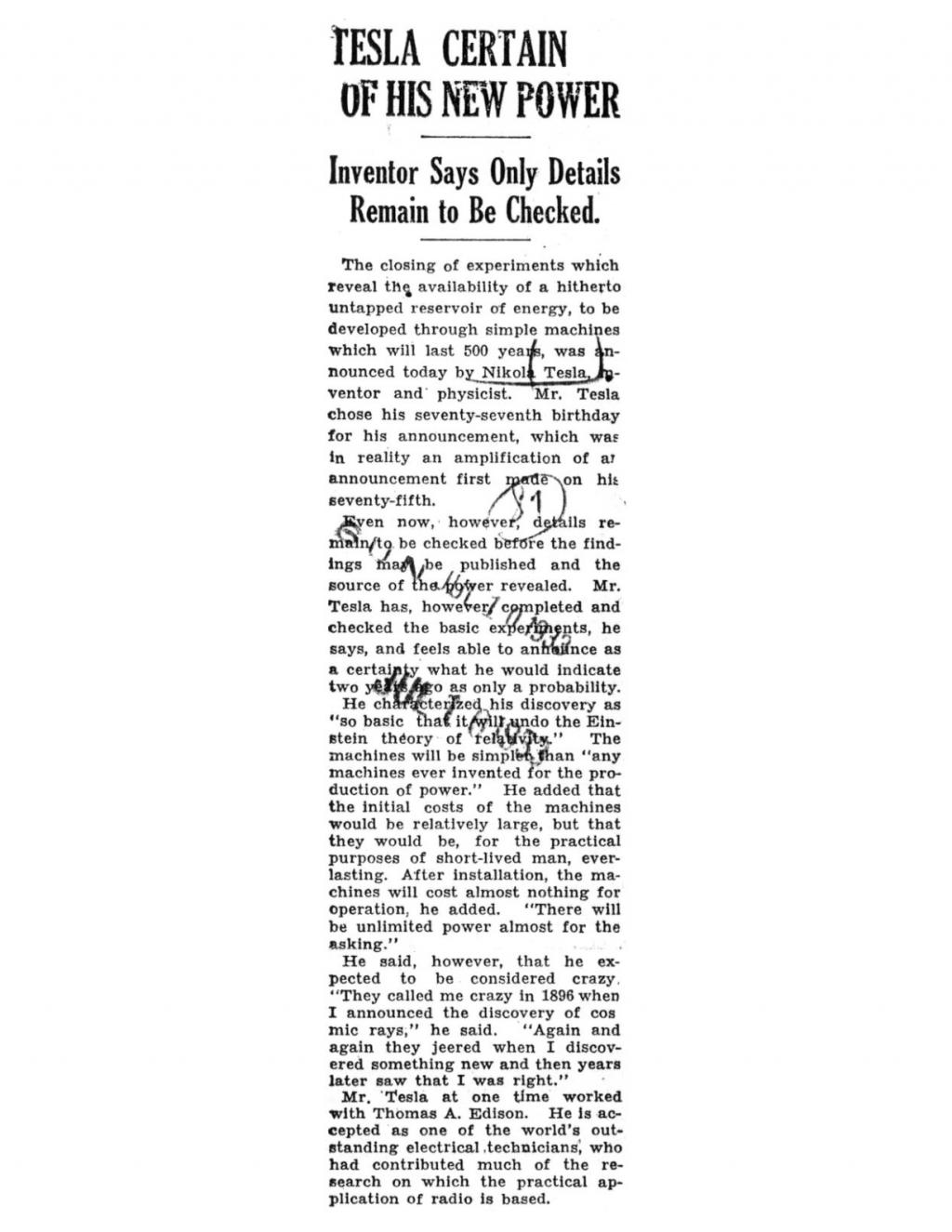