PHILADELPHIA, Oct. 5. — Dr. Nikola Tesla, New York electrical and mechanical engineer, received tonight the John Scott award for invention. The medal and the accompanying $1,000 in cash were presented by the directors of the City Trusts in recognition of Dr. Tesla's discovery of the rotating magnetic field and the development of the induction motor.

Awards also were made to Dr. Robert F. Mehl, of Pittsburgh, director of metals research at Carnegie Institute of Technology, for his development of gamma ray photography, and to Dr. Alfred Newton Richards, professor of pharmacology at the University of Pennsylvania, for his research on the function of the kidney.

Dr. Tesla has brought forth a continuous stream of inventions for thirty-four years. He is now seventy-five. “I still am working on inventions,” he told the guests at the dinner tonight. “I have new things which, before long, will revolutionize industry.” He refused, however, to divulge the nature of his experiments.

The John Scott awards were established by an Edinburgh chemist of that name. He bequeathed to the City of Philadelphia $4,000, the income of which was to be “laid out in premiums to be distributed among ingenious men and women who make useful inventions.” 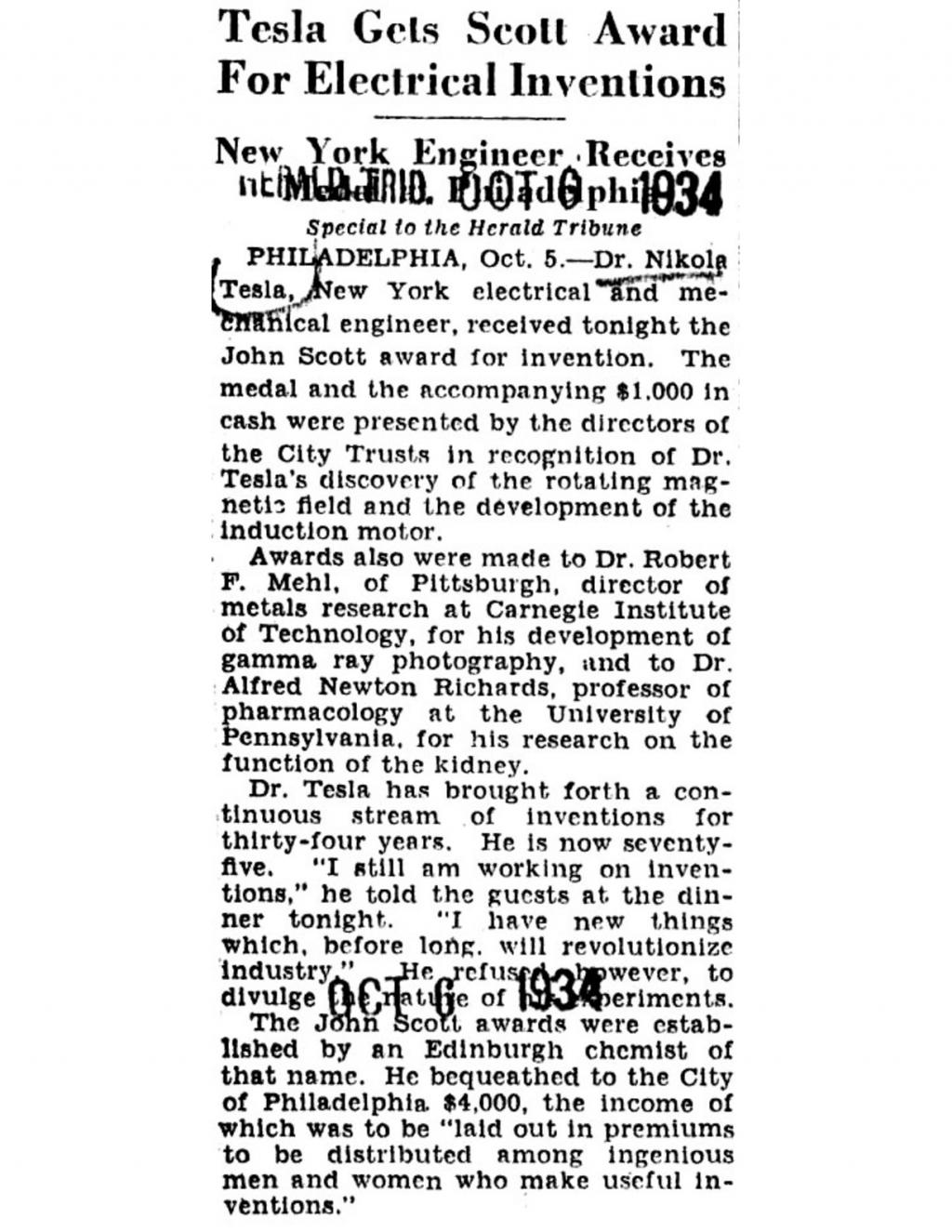