New York, March 31. - Nicola [sic] Tesla, while expressing interest of Signor Marconi’s achievement of telegraphing across the British channel without wires, shows his admiration temperately, however, because he expects in a short time to go the young Italian a great many better.

Marconi has telegraphed thirty-two miles without wires. Tesla expects to telegraph 3,000 miles. Marconi’s achievement, which caused so much amazement in scientific, as well as popular circles, will, according to Mr. Tesla, soon he improved on.

“Thirty-two miles,” he said. “That is not far. Not far enough to give a hint of the real possibilities of wireless telegraphy. When I complete the work which has absorbed me for the last two years I shall do much more than that.”

“How far do you expect to telegraph, Mr. Tesla?”

“From here to Europe,” he replied. “The necessary thing is to protect these conductors from outside influences, to insulate them completely, as it were. I believe that I have done this.” 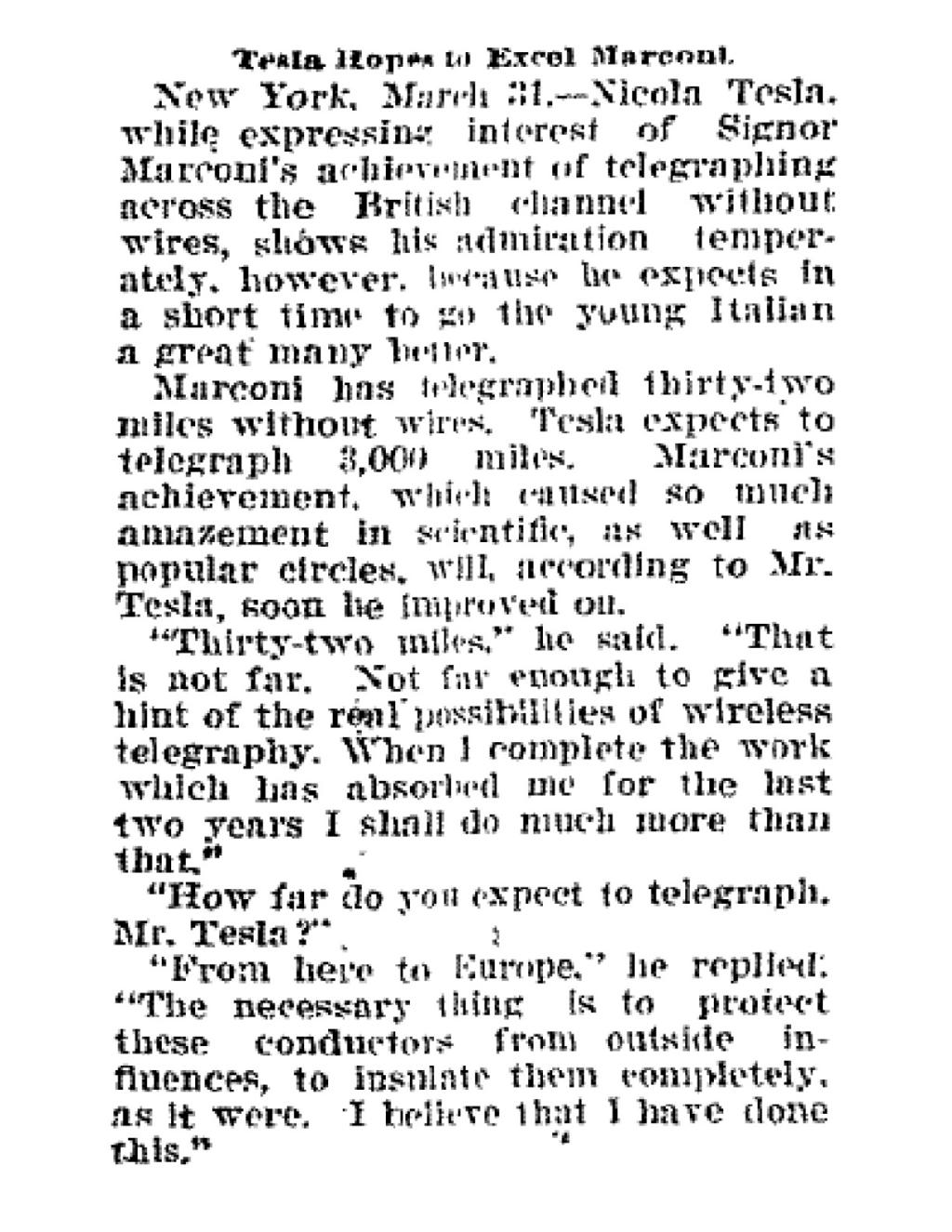