At the Intersection Of Obscurity and Pride

Who is Nikola Tesla?

"Never heard of him," said Brij M. Bali, who runs the Bali Newsstand across the way. Tesla may be obscure, but the Croatian-born American Nobel Prize winner, who died in 1943, now has his own corner -- the northeast one at 40th Street and Avenue of the Americas, across from his office. The Nikola Tesla Corner is to be dedicated on Saturday in a ceremony at the Consolidated Edison Energy Museum at 145 East 14th Street. (Tesla was a pioneer in electricity.)

He joins a long list of people blessed with a piece of immortality through roadway namings, a tradition that has shed glory on such figures as Ceferino Viera (a boulevard in Brooklyn), Ernie Ottuso (a square in the Bronx) and Rabbi Israel Mowshowitz (a way in Queens).

The tradition, however, has also shed a measure of political ridicule on those responsible for the street naming. And now there are hints of a backlash, at least around midtown. Community Board 5 turned activist on the subject after agreeing in 1991 to honor Tesla, who was sponsored by the Croatian New Yorker Club, which was very active at the time. Since then, the board has been on a mini-campaign to discourage seemingly parochial requests.

To honor someone with a street designation, a neighborhood group usually presents a request to an elected official or its community board. The board makes its recommendation to the City Council, which tends to rubber-stamp an approval.

In 1992, Board 5 passed a resolution calling name changes confusing to the public and asking elected representatives to reject honorifics "except in the most extraordinary circumstances." Instead, it suggested that lesser known individuals be honored in ways that don't disturb the city's streets.

"We're asking people to put up plaques on historic sites and save street names for great heroes who are dead," said Richard Sachs, a member of Board 5, adding that on East 26th Street, "even Herman Melville only has a plaque."

Is anyone else paying attention? Honorific street names are actually increasing: there were 31 name changes citywide last year (an election year), compared with 25 in 1992 and 11 in 1991. For Manhattan, the City Council approved 10 honorees, up from 5 in 1992 and 3 in 1991.

Some boards do contend that they are being more discerning. "In the past there were so many that now the case has to be very strong," said Carol Pieper, district manager of Board 6 on the East Side, which last year approved only John McKean, the Tudor City tenant organizer.

In 1993 Board 5 approved no one. It has rejected, as too local, Sister Irene Fitzgibbon, who established the Foundling Hospital; the "Fighting 69th Regiment," a National Guard unit, and Alline Davis, a director of the Gramercy Park Neighborhood Association.

Also turned down: St. Francis of Assisi and the Rev. Dr. Norman Vincent Peale. Too religious. 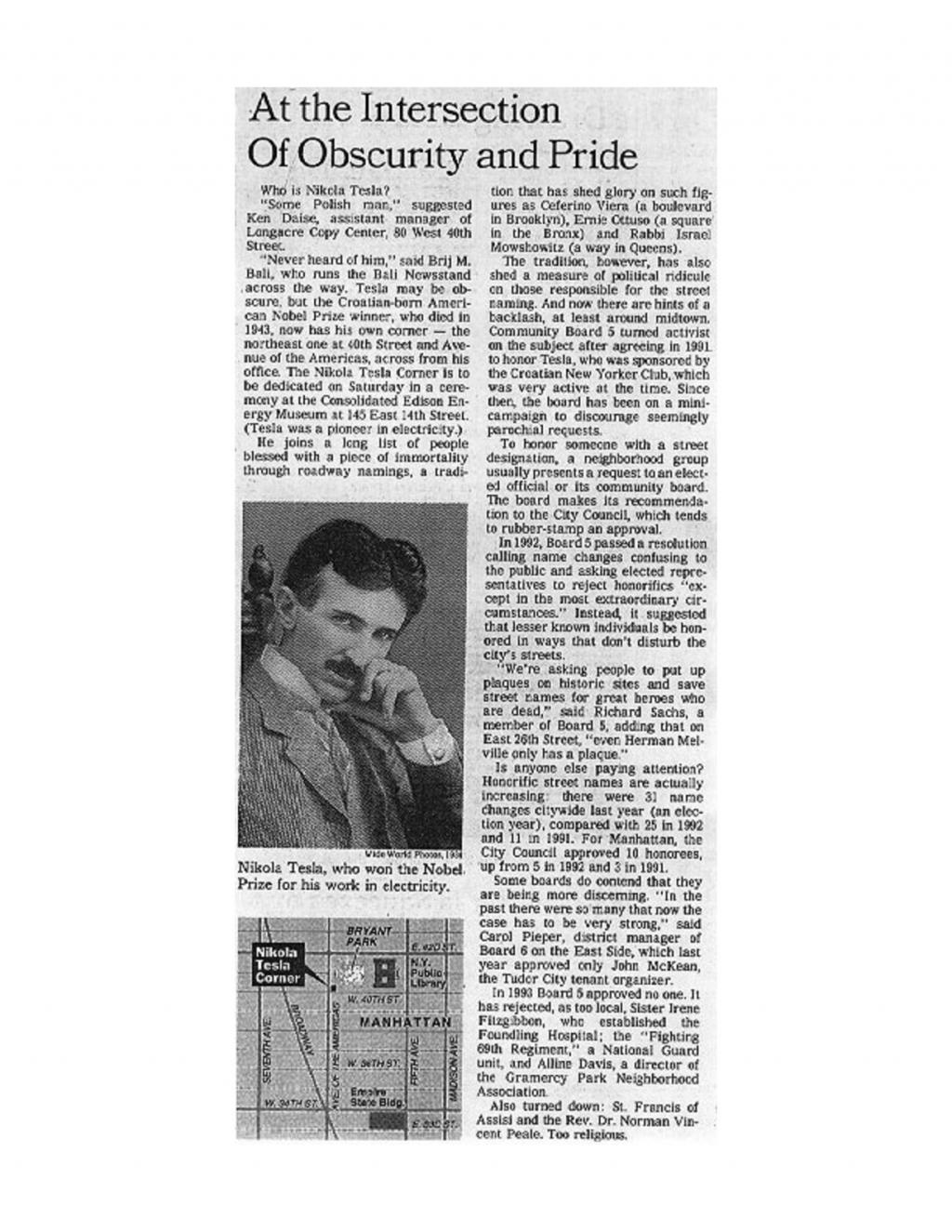