Tesla Left No Will

Nikola Tesla, electrical inventor and designer, who developed the inventions that became the bases of modern hydroelectric power, left no will and no estate except research data and models, according to papers filed yesterday in Surrogate's Court. Letters of administration were granted to Dr. Tesla's nephew, Sava N. Kosanovich of 112 Central Park South. Mr. Kosanovich is a national of Yugoslavia, although Dr. Tesla, who died Jan. 7 at the age of 86, was a United States citizen.

In his petition, the nephew listed the estate as of “value unknown,” and set forth that a search had disclosed no will, and “that several years will be required in cataloguing, indexing and examining papers and data to ascertain the scope, meaning and significance thereof.”

Besides Mr. Kosanovich, the papers listed as heirs five other nephews and nieces, all residing in Yugoslavia except Nikola Trbojevich of the Hotel Secor, Toledo, Ohio. 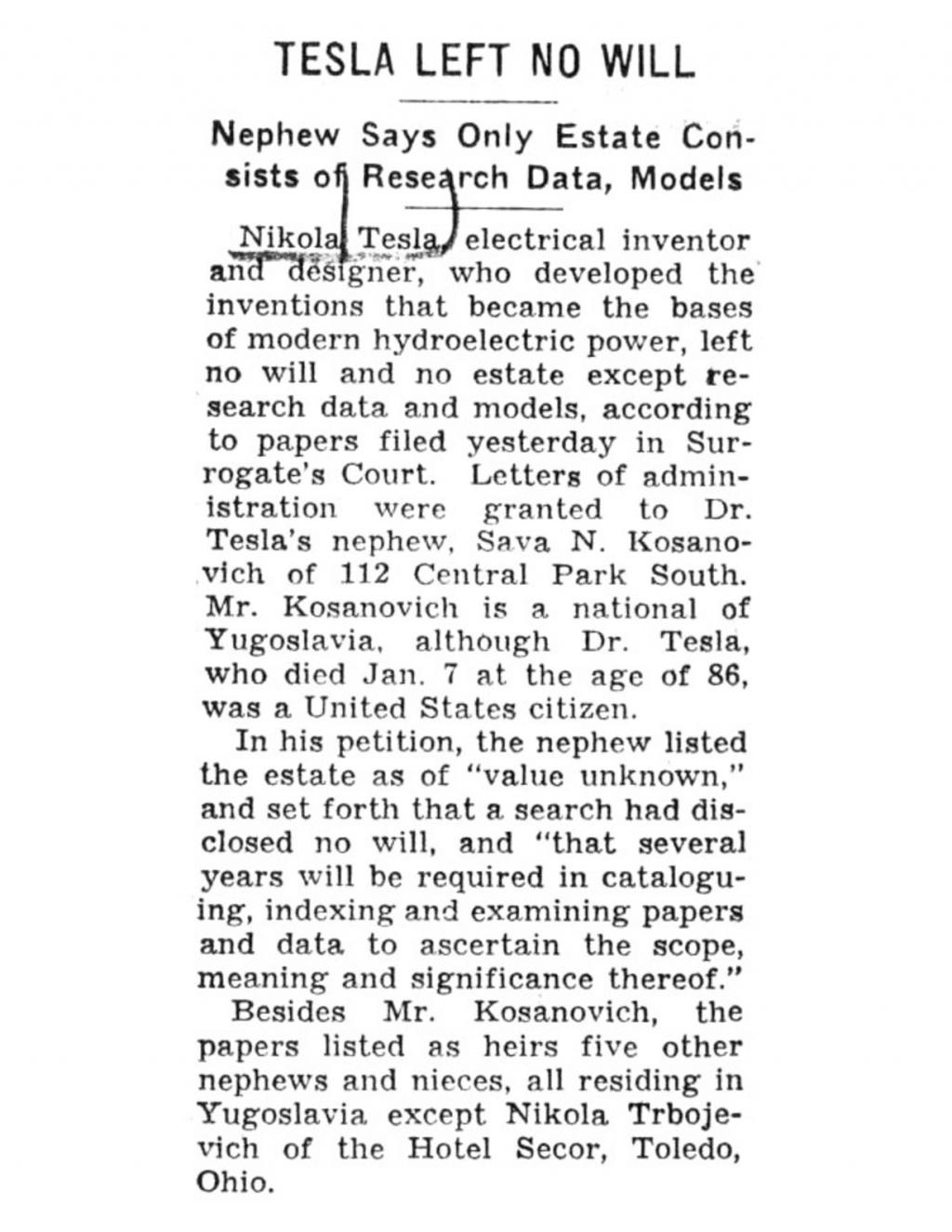