Tesla Responds to Report of Tower being Sold for Debt

Lists Them as Answer to Report That His Tower Is to be Sold for Debt.

These documents, most carefully drawn with the assistance of some of the ablest attorneys, set forth clearly my fundamental discoveries on which this novel art is based, and give a faithful description of my processes, apparatus and experiments, thus enabling experts not only to flash telegraphic and telephonic wireless messages to any distance, but also to transmit power in unlimited amounts and with the highest economy.

Copies of these specifications can be readily obtained by addressing a courteous request to the Hon. Commissioner of the Patent Office, Washington, D. C., inclosing $1.20 of postage stamps. 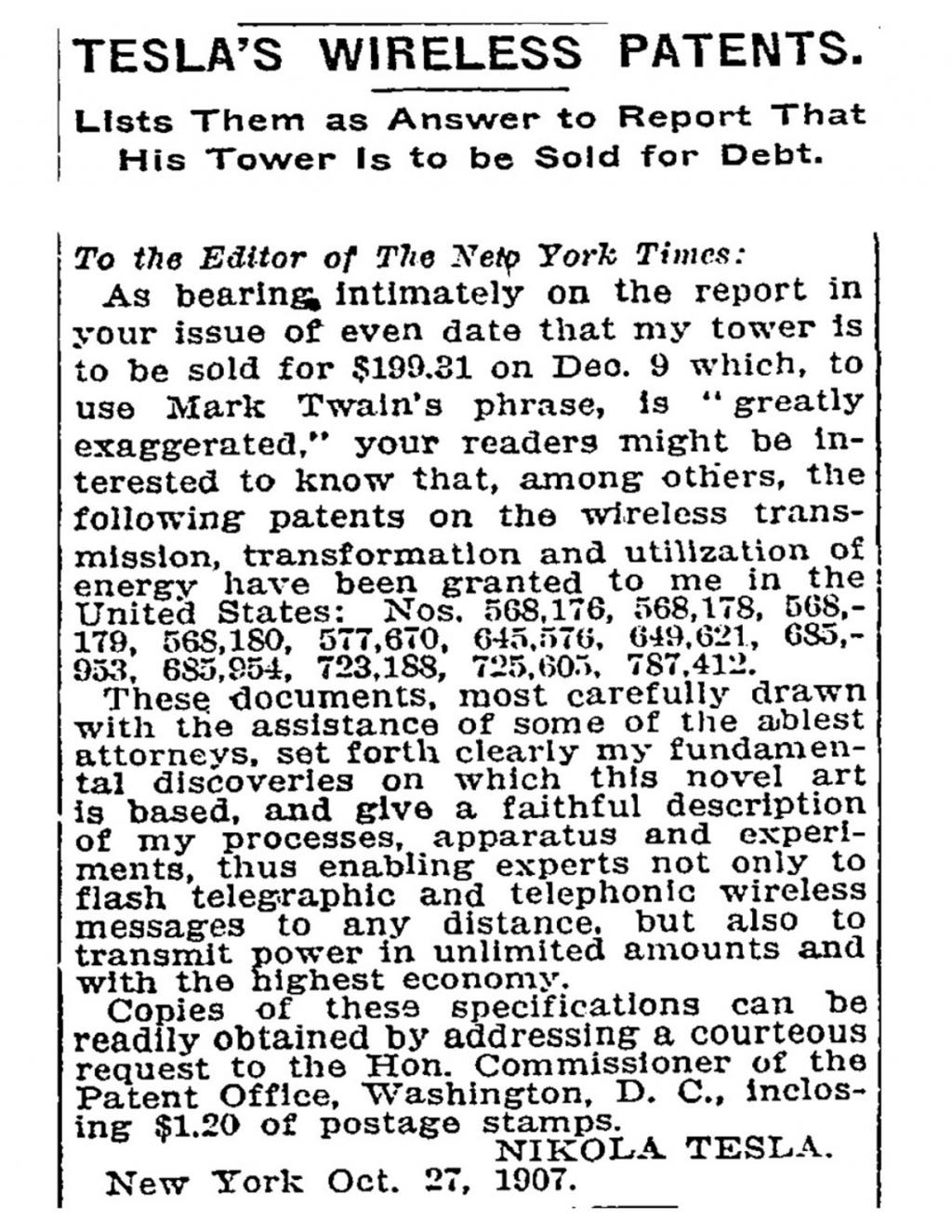