Says He Will Soon Be Able to Transmit Wireless Power Across Seas.

Queen Isabella of Spain could not have been amazed more when Christopher Columbus told her about a new world than were the members of the New York Companies’ Section of the National Electric Light Association in the Engineering Societies Building, 29 West Thirty-ninth Street, last night, when Nikola Tesla, the inventor, told them that within a short time he hoped to run street cars in Dublin, Ireland, by electrical energy generated in Long Island City.

“I have annihilated distance in my scheme,” he said, “and when perfected it will not be one mite different than my present plans call for. The air will be my medium, and I will be able to transmit energy of any amount to any place in the world. I will also be able to send messages to all parts of the world, and I will send words out into the world which will come out of the ground in the Sahara Desert with such force that they can be heard for fifteen miles around.

“I also hope to set up a central wireless telephone station whereby there will be a force of 1,000,000-horse power behind each word uttered into my Instrument, and in which distance will play no hindrances whatever. Many hundreds of people will be able to talk at the same time and without any interference with each other.”

For the use of aeroplanes the inventor has a new steam engine perfected, he says, which will be of the turbine type, and a 10-horse power engine of this kind will weigh only one pound. On a larger scale, he said, this machine is now being tested, with good results, in the shops of the New York Edison plant. The machine, he says, will be the smallest thing ever seen on wheels and will be more powerful than any automobile engine ever manufactured.

The convention of the Electrical Association will be held in this city during the week beginning May 29. 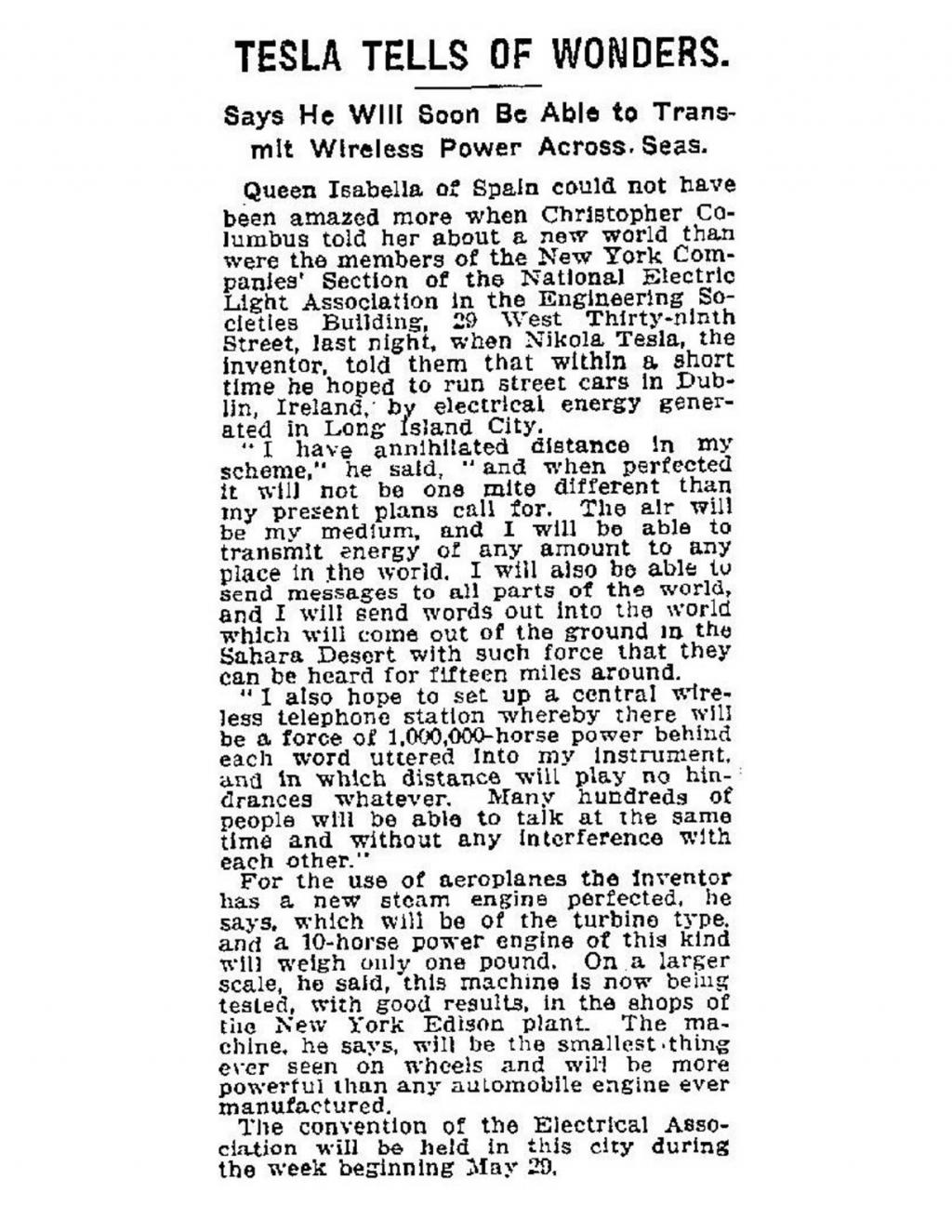