But He Won’t Tell What He Is Trying For at Wardencliffe (sic).

Wardencliffe (sic), L. I., July 16 — Natives hereabouts are intensely interested in the nightly electrical display shown from the tall tower and poles in the grounds where Nicola (sic) Tesla is conducting his experiments in wireless telegraphy and telephony. All sorts of lightning were flashed from the tall tower and poles last night. For a time the air was filled with blinding streaks of electricity which seemed to shoot off into the darkness on some mysterious errand. The display continued until after midnight.

This morning workmen about the plant declined to say anything. It is understood that Tesla has a well more than 200 feet deep driven beneath the tower and that electrical waves are sent both underground and through the air.

Mr. Tesla said last evening that the evidences of experiments which have been seen by the people of Wardencliffe (sic), near which his laboratory is located, have been going on for some time there, but that he had no announcement to make at this time as to their character or the success that had been achieved.

“It is true,” said Mr. Tesla, “that some of them have had to do with wireless telegraphy and that in addition to the tower and poles there is a hole dug in the ground. This is 150 feet deep and is used in these experiments. The people about there, had they been awake instead of asleep, at other times would have seen even stranger things. Some day, but not at this time, I shall make an announcement of something that I never once dreamed of.” 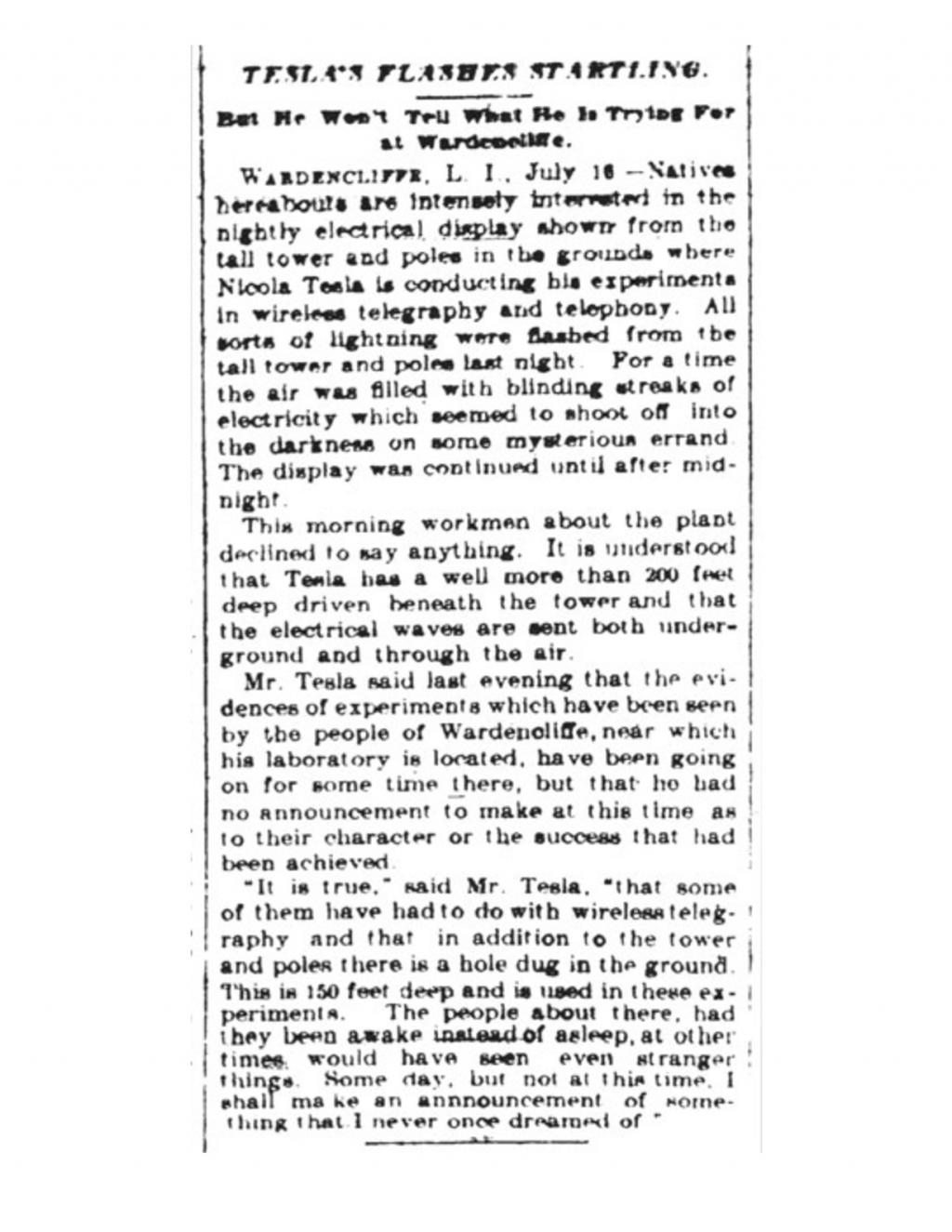