We notice Industries is protesting against Mr. Tesla’s habit of advancing as theories or explanations of phenomena, which are either rational theories made inexplicit by strange expressions or simply lists of words deficient of meaning. We have no desire, says our contemporary, to pick out weak points in such an interesting lecture, but we think that any one who read Mr. Tesla’s articles must have had great difficulty in understanding his repeated idiomatic statements. Is it asking Mr. Tesla too much, holding the prominent position he does in the American electrical world, when we say we think if he omitted some of the confusing passages his lectures would be much better understood, and if he would keep ideas anent electro-magnetic theory of light, also Hertz and Dr. Lodge, from his work, his experiments would be clearer as well as more interesting. We hope Mr. Tesla is correct when he surmises that the future light may be produced by vacuum tubes; but we believe the subject has been thoroughly searched out ere this by many inventors without a result which has been very promising. 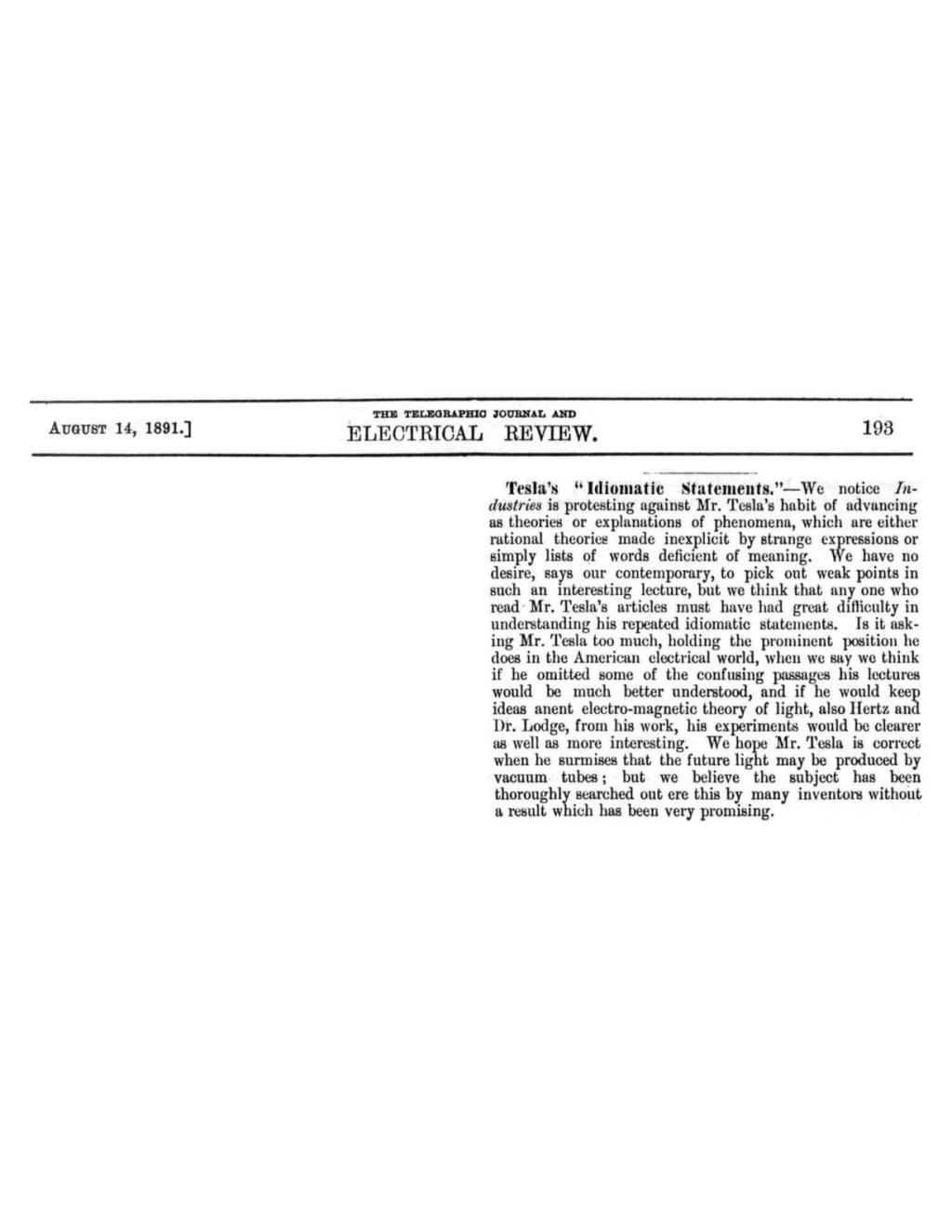