Painted by Princess Under Light Arranged by Inventor.

Nikola Tesla, inventor in the realm of electricity, has had his portrait painted under a special man-made north light and last night it was shown for the first time by the artist, the Princess Lwoff-Parlaghy, at a reception which she gave at her new studio, 109 East Thirty-ninth Street, especially to exhibit it.

It was one of the beliefs of Mr. Tesla that there was something unlucky about posing for a picture and so he never sat to any before he entered the studio of the Princess. The room which she had chosen did not have a skylight in it and the much desired north exposure was missing. So it was that at the suggestion of Mr. Tesla, a cluster of powerful incandescents was put up in the corner of the apartment and the rays filtered through blue glass, were just of the right quantity. The portrait was shown under the same illumination.

Mr. Tesla having solved the problem of artificial sub fell to thinking about other parts of the universe, and there he sat oblivious to his surroundings. So it was that the painter was able to produce a likeness in which there is no evidence that the subject was conscious that anybody was even watching him, much less studying his features from the other side of an easel.

Among those who attended the reception were Mrs. C. B. Alexander, Henry P. Davison, the Countess de Ritterberg, and Mrs. E. T. Isham. 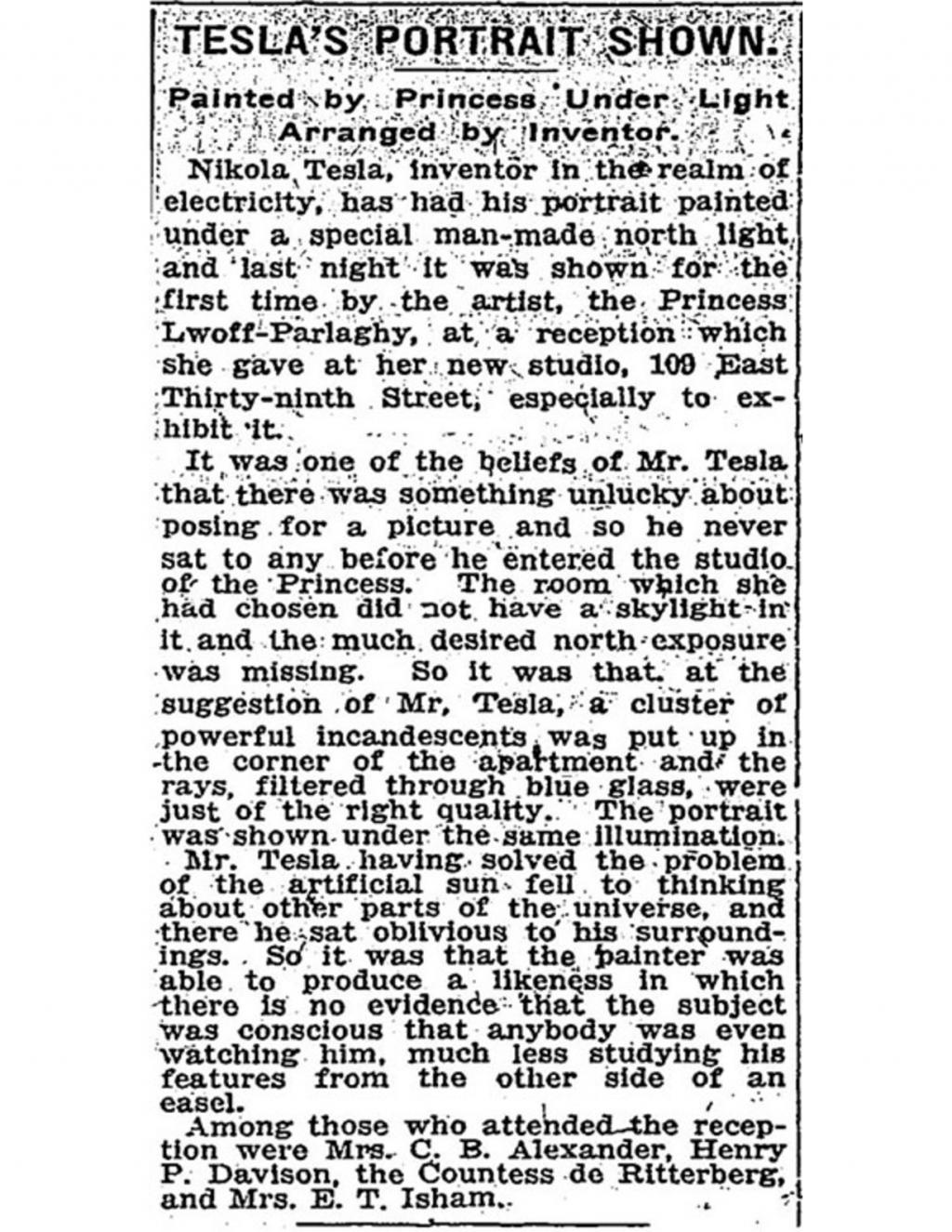