Messages From Mars Scouted By Experts

Merely Radio “Undertones” Lengthened by Interference With Other Waves, Say Others.

If the Martians are still sitting on the banks of their canals waiting to get into wireless communication with earth, they will have to be patient until the whole controversy of interplanetary signalling has been settled by American and European scientists.

Thursday's announcement by J. H. C. Macbeth, London manager of the Marconi Wireless Telegraph Company, Ltd., that Marconi was convinced he had intercepted wireless messages from Mars, served yesterday only to stir up once more the dispute that aroused this scientific world two years ago, when Signor Marconi made public the results of his experiments in the Mediterranean on his yacht, the Electra. Mr. Macbeth's interest in the affair was solely from the point of a telegraphic code expert, who, should communication ever be established between Earth and Mars, would be prepared to surmount the language barrier by the use of telegraphic transmission of pictures accompanied by a simple code.

Some experts expressed the belief that the mysterious signals of extraordinary wave length picked up by Signor Marconi were radio “undertones,” caused by interference by high-powered radio stations. This belief was shared by Nikola Tesla, who said he first noticed this phenomenon as early as 1907.

“When a wireless station sends out a message,” said Mr. Tesla, “it also sends out undertone to the message. These undertones interfere with ordinary wave lengths, and by this interference waves of great length are sent out. Since 1907 I have found these long wave undertones increasing with the establishment of high powered stations throughout the world.”

One cause of these undertone interferences was said by wireless operators to come from the Schenectady plant of the General Electric Company, where experiments are being conducted at a high-powered radio plant with wireless communication with railroad trains. 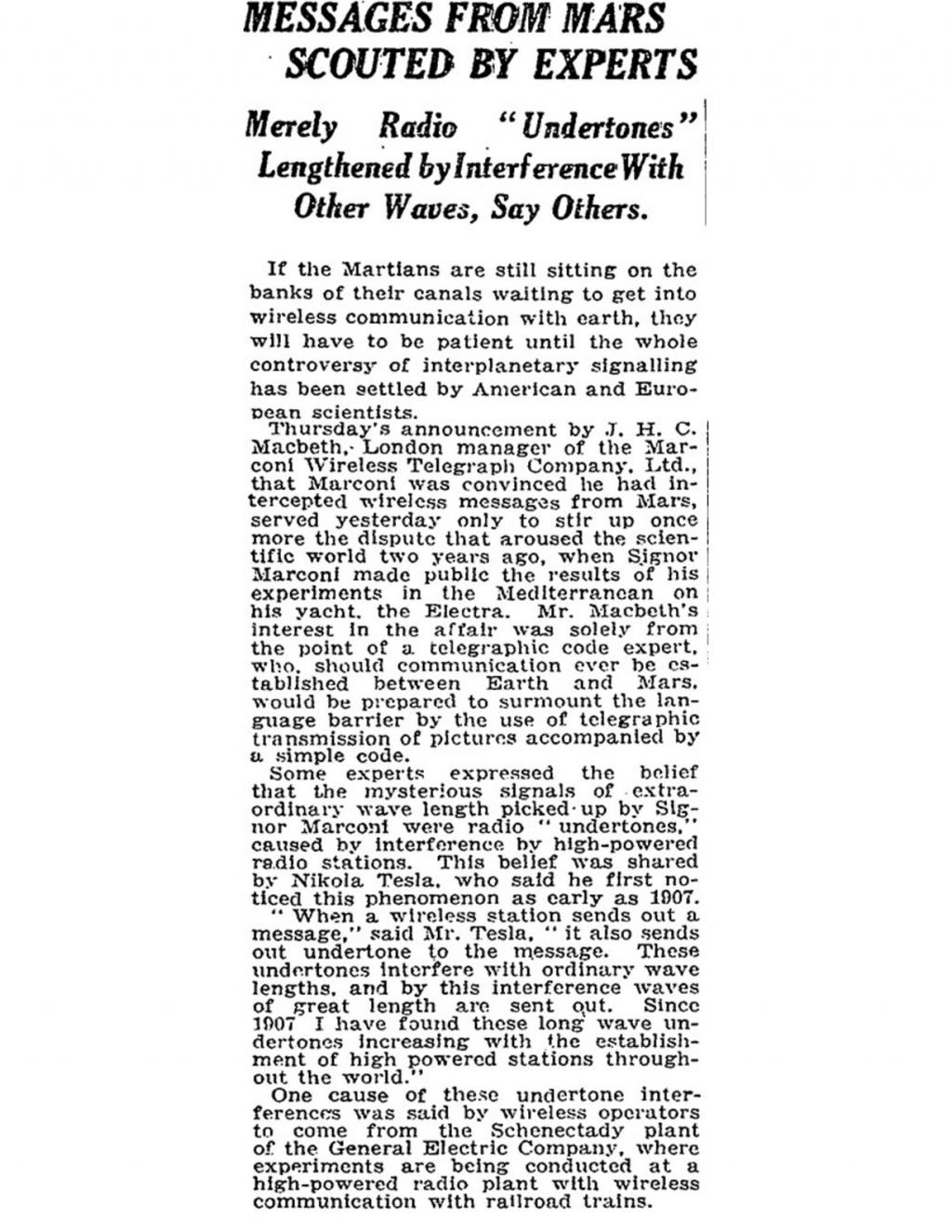