The following is Tesla's statement relating to force and matter, to Einstein's theories, and Tesla's own theory of gravitation. Courtesy of Nikola Tesla Papers, Rare Book and Manuscript Library, Columbia University.

Einstein has for years developed formulas explaining the mechanism of the cosmos. In doing this he overlooked an important factor, namely the fact that some of the heavenly bodies are increasing in distance from the sun. This is the same as writing a business letter and forgetting the subject you wish to write about. In order to explain this phenomenon Einstein has invented the quantity "lambda". My theory of gravitation explains this phenomenon perfectly. 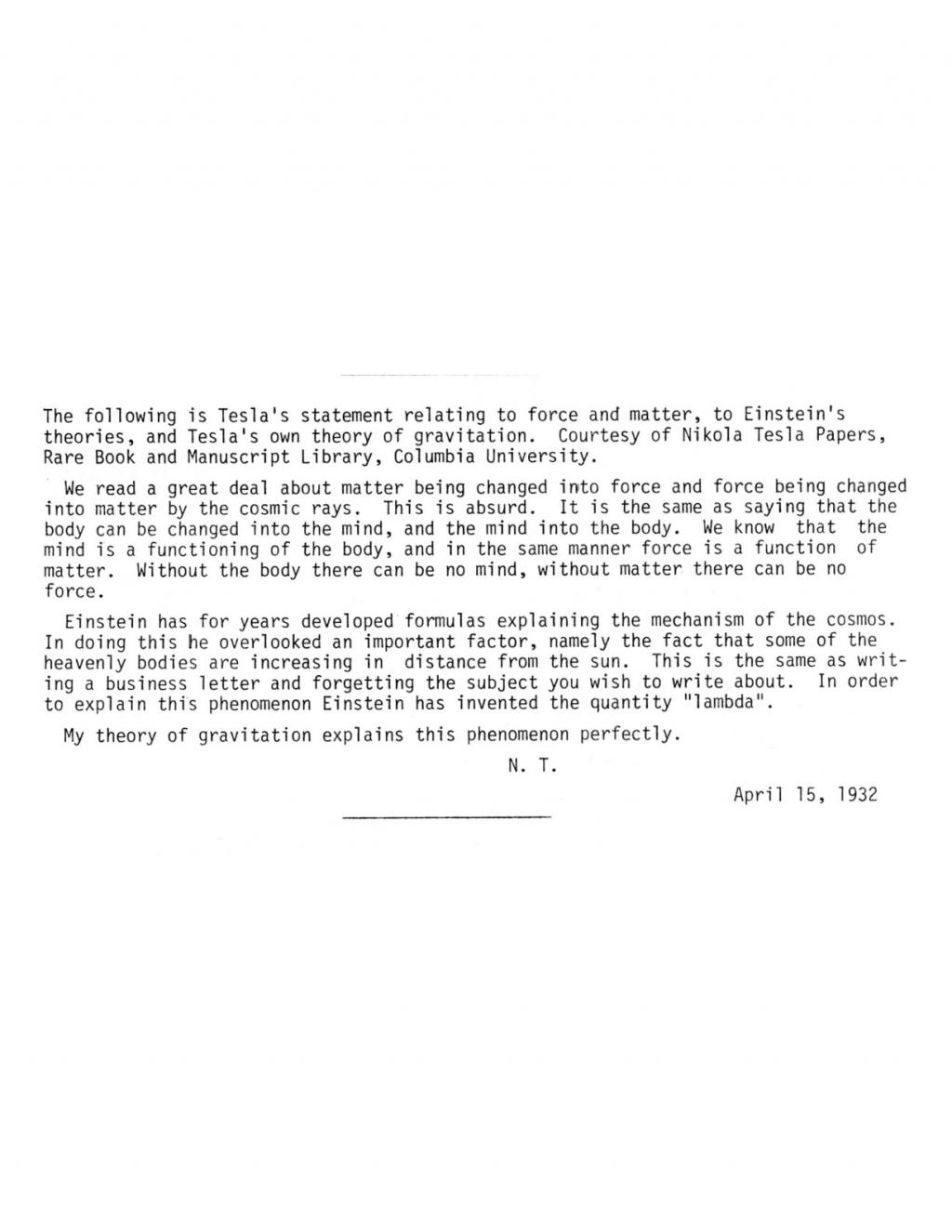